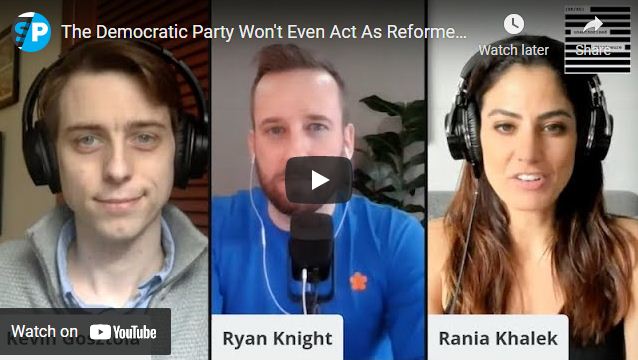 “We know they’re not a revolutionary party, but they’re not even reformers. The Democrats are not even fighting for strong social reforms at this moment. They’re managers,” says Ryan Knight, a socialist, activist, and host of the “Amped Up” podcast. “They’re trying to kind of manage this decrepit capitalist and imperialist system, despite the massive levels of suffering that it’s inflicting in our country and throughout the world.”

Ryan joins Rania Khalek and Kevin Gosztola for this week’s episode of the “Unauthorized Disclosure” podcast. He outlines the chief dilemma with progressives like Alexandria O’Casio Cortez, who fear confrontation with President Joe Biden’s administration and establishment Democrats that control the party.

0 thoughts on “The Democratic Party Won’t Even Act As Reformers: Interview With Ryan Knight”