HOME / Multimedia / Between the Lines: What’s Really Going on in Nicaragua

Between the Lines: What’s Really Going on in Nicaragua 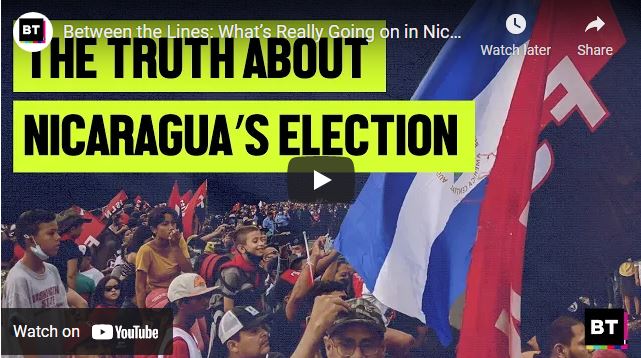 Just days after President Daniel Ortega was overwhelmingly re-elected as leader of Nicaragua, U.S. President Joe Biden signed off on a new round of sanctions on the Central American country under the RENACER Act. Polling shows more than two-thirds of Nicaraguans support Ortega and the Sandinista National Liberation Front (FSLN), whose social welfare programs benefit the country’s poor. Meanwhile, Western nations now call the election fraud and Ortega a dictator.

So what’s really going on in Nicaragua? Why all the criticisms of this latest election? And what did a developing country with a population roughly the same size as the state of Indiana do to draw the ire of almost the entire U.S. establishment?

Nicaragua-based journalist Ben Norton, who is assistant editor at The Grayzone & co-host of the podcast Moderate Rebels, breaks it down for us.

Democracy in Nicaragua is far in advance of the U.S., analyst says

0 thoughts on “Between the Lines: What’s Really Going on in Nicaragua”