HOME / WORLD / Why’s The US Manufacturing Another Crisis In Nicaragua? 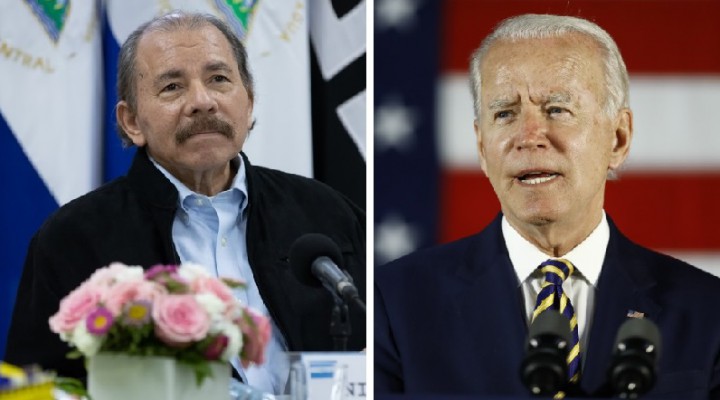 There’s the chance that the US’ Hybrid War on Nicaragua could become a proxy struggle for influence with Russia, which has more strategically substantive relations with that country than China does.

Nicaragua’s presidential elections on Sunday were slammed by US President Joe Biden as a so-called “pantomime” in a statement that he released later that same day. He described incumbent President Daniel Ortega as “no different from the Somoza family that Ortega and the Sandinistas fought four decades ago.” Biden also promised that “the United States, in close coordination with other members of the international community, will use all diplomatic and economic tools at our disposal to support the people of Nicaragua and hold accountable the Ortega-Murillo government and those that facilitate its abuses.” This can be interpreted as a threat to intensify his country’s Hybrid War on Nicaragua.

Objectively speaking, the US is manufacturing another crisis in Nicaragua. The first major one in recent memory was when former President Reagan supported the anti-Sandinista “Contras” during a decade-long proxy war. That conflict was fought on the pretext that Nicaragua might represent another “domino” whose “fall” to socialist rebels risked triggering a chain reaction throughout the rest of Latin America and the Caribbean. In the contemporary context, no such fears are credible, yet that didn’t stop former US President Trump from setting the gears into motion for the impending crisis that his successor seems slated to worsen.

I covered Trump’s initial aggressions over the years in the following analyses:

* 27 July 2017: “The US’ Anti-Nicaragua Sanctions Are Supposed To Spark A Hybrid War Against China”

* 28 April 2018: “The Nicaraguan Nightmare Might Have Only Just Begun”

The strategic context has evolved since then, which necessitates some analytical clarifications.

First, the originally suspected reason for this Hybrid War – to stop China’s reported plans to build a Transoceanic Canal – aren’t relevant any longer since no tangible progress was ever made in this respect. Second, the primary motivation in the present day is to destroy all regional countries in the US’ self-proclaimed “sphere of influence” that don’t bend to its hegemonic will. Third, this is the latest in a series of hemispheric regime change campaigns that can be described as “Operation Condor 2.0”. Fourth, Nicaragua has thus far withstood the US’ prior pressure campaign, which is why it’s poised to be intensified in the coming future. And fifth, this intensification might pose serious threats to its stability.

If the US’ pressure campaign that it plans to advance in coordination with its regional vassals doesn’t succeed in weakening Nicaragua’s “Democratic Security” (counter-Hybrid Warfare tactics and strategies such as those against Color Revolution threats that were implemented ahead of the election in order to avert that regime change scenario), then it can’t be ruled out that it might once again resort to kinetic proxy warfare. Neighboring Honduras, which is under the control of a US-installed leader, could easily reprise its historical role in supporting such forces. Any significant destabilization of Nicaragua could trigger a refugee crisis that could quickly spread throughout the region and worsen the existing one.

There’s also the chance that the US’ Hybrid War on Nicaragua could become a proxy struggle for influence with Russia, which has more strategically substantive relations with that country than China does. A 2019 article titled “Russia And Nicaragua: Progress In Bilateral Cooperation” provides a detailed summary of the most important developments in their ties over the past few decades. It reveals that relations, especially in the military dimension, were comprehensively strengthened over the last 10 years. With this in mind, Moscow might decide to support Managua during any forthcoming crisis through the emergency provisioning of more arms and perhaps other forms of support like advisors.

The US might cynically benefit from that scenario, at least in terms of the optics that it intends to project to the domestic and foreign audiences. Its perception managers could expand their fearmongering narratives about Russia by misportraying it as “supporting a rogue dictator against the democratic will of his people”. This could also be exploited as the pretext for expanding the US’ regional military presence, which would serve the ulterior purpose of distracting from its recent humiliating withdrawal from Afghanistan. Further pressure could also be applied against Nicaragua’s Cuban and Venezuelan allies too on the pretext of responding to their potentially similar Russian-like assistance to that country.

Should this be part of the motivation behind intensifying the US’ Hybrid War on Nicaragua after that country’s latest elections, then observers can conclude that it’s most likely being led by the neoconservative faction of its permanent military, intelligence, and diplomatic bureaucracies (“deep state”). They’re obsessed with “containing” Russia and are opposed in principle to some of their more pragmatic peers’ efforts to broker a so-called “non-aggression pact” with it for responsibly regulating their rivalry. If they can succeed in worsening this Hybrid War and prompting some form of Russian military support to Nicaragua in response, then they might sabotage incipient progress on that front.

It’ll of course remain to be seen what form this intensified pressure campaign will take and whether Russia will respond to it through any meaningful military support for Nicaragua, but everything appears to be moving in that general direction considering Biden’s latest hostile statement of intent. What this goes to show is that he’s continuing his predecessor’s policy of overthrowing independent regional governments, which was itself built upon the progress that Obama made in this respect. The US will never allow independent governments to peacefully develop within its so-called “sphere of influence”. It demands full compliance with its hegemonic demands under the threat of Hybrid War if they refuse.

0 thoughts on “Why’s The US Manufacturing Another Crisis In Nicaragua?”