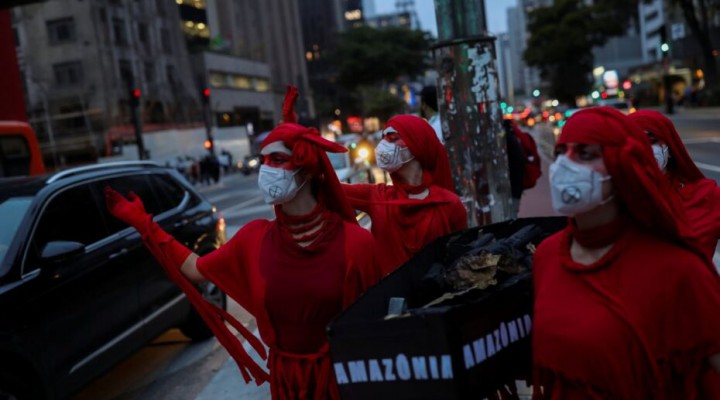 For the second consecutive year, Latin America has been established to be the most dangerous region for environmental activists. According to a recent annual report by Global Witness titled “Last Life on Defence”, 227 environmental activists and indigenous leaders were killed in 2020, with three out of every four killings occurring in Latin America.

Colombia once again led the statistics in the region with 65 environmental activists murdered, among them indigenous and afro-descent individuals, as well as small scale farmers. In Peru and Brazil, almost three quarters of the murders took place in the Amazon regions of the respective countries, indicating that indigenous populations remain in the crosshairs of attackers. Nicaragua’s increase in killings – from 5 in 2019 to 12 in 2020, made the country the most dangerous in the region per capita in terms of  environmental activists.

The report notes, “It may sound simplistic, but it’s a fact worth considering – the process of climate breakdown is violent, and it manifests not just in violence against the natural world, but against people as well.”

Over one third of the documented killings were linked to resource exploitation. This statistic is also reflected in the fact that indigenous activists accounted for over a third of fatalities, as the report notes, “despite only making up 5% of the world’s population.” The direct targeting of indigenous populations was noted in a 2012 report which stated, “All governments are chasing a dominant development paradigm in which today minorities and indigenous peoples don’t really have a place and that is a problem.”

For people not to have a place, dispossession is the outcome. The targeting of individual activists is the means through which to intimidate indigenous communities. Indigenous leaders remain a major target due to their presence, which stands as a main opposition to the exploitation of land and resources by governments and corporations.

In April this year, the Escazu Agreement came into force in Latin America. It is the first treaty in the region to deal with the environment and to offer protection for environmental activists. Notably, Chile, Costa Rica and Colombia have not signed the agreement, despite their initial involvement in the negotiation process which led to the agreement’s adoption in 2018.

Article 9 of the agreement calls upon the signatories “to prevent, investigate and punish attacks, threats or intimidation that human rights defenders in environmental matters may suffer while exercising the rights set out in the present agreement.”

However, the provisions set out in the agreement are in contradiction with the exploitative politics embraced in the region. Besides the fact that not all countries are on board – besides Chile, Costa Rica and Colombia, Guatemala, Brazil, Peru and Colombia have not ratified the agreement – the links between governments and multinational corporations take precedence, resulting in widespread impunity when it comes to the  political violence employed against both land and indigenous communities.

The Global Witness report calls out the culpability of business and governments in terms of violence, yet its recommendations testify to a recurring cycle that places responsibility to protect on the same entities which engage in exploitative business ventures against environment, activists and indigenous communities. The UN may be treated as distinct from governments, yet its composition brings together the same neoliberal practices which have destroyed land and people. With nothing to hold governments or the UN accountable, protection remains elusive when juxtaposed against the reassurance of neoliberal profit.

Himalayan glaciers on the eve of destruction

0 thoughts on “Violence against environmental activists escalates alongside political impunity”