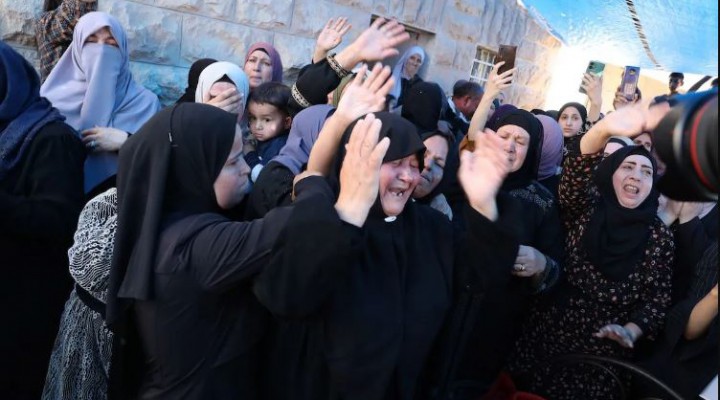 Israel’s colonial expansion has taken almost all of Palestine, and yet the UN is still wasting time on telling everyone what should be, and really is, blindingly obvious. Israel’s occupation of Palestine, says a recent report by the UN Independent Commission of Inquiry established in May 2021 and mandated by the UN Human Rights Council, is illegal. “The Commission finds that there are reasonable grounds to conclude that the Israeli occupation of Palestinian territory is now unlawful under international law owing to its permanence and to actions undertaken by Israel to annex parts of the land de facto and de jure,” the report concludes.

The document will be presented to the UN General Assembly on Thursday. It notes “two indicators that may be used to determine the illegality of the occupation”: its permanence and annexation activities.

Of paramount importance is the report’s take on Israel’s security narrative. “Although Israel has some legitimate security concerns, the Commission finds that a significant number of the policies and actions implemented by Israel in the West Bank are not intended to address these concerns, but rather that security is often used to justify the territorial expansion of Israel.”

While the report establishes nothing new – Palestinians have been living such well-documented violations for decades – the UN should really be heeding the report and stop endangering Palestinians’ lives to protect Israel’s colonial violence and expansion by upholding the apartheid state’s security narrative. The UN is careful to legitimise this fake narrative mostly within the context of Gaza, when the settler-colonial enterprise decides it is an opportune moment to turn the enclave into a weapons testing site.

However, as the report notes, Israel has expanded its security narrative to encompass all details of Palestinian people’s lives, thus throttling freedom of movement and rendering the colonised population perpetually unsafe. The report is clear in stating that Israel’s violations, including its military occupation and annexation, cannot remain unaddressed, but what will the UN do and how will it navigate the discrepancies which have been pointed out so clearly?

There is no escaping the fact that the international community’s inaction has facilitated the speed of Israel’s violations as well as the permanence of its colonial and military occupation. Indeed, the fact that this report has been necessary to establish Israel’s illegal occupation of Palestine is yet more proof of the UN’s staunch support for Israel’s existence. Truthfully, the report would have been unnecessary had the UN not instigated the colonial process through the 1947 Partition Plan, and later defended Israel’s colonial establishment, something in which the international organisation is well versed.

Israeli Prime Minister Yair Lapid has, predictably, described the UN report as “biased, false, inciting and blatantly unbalanced.” But he would say that, wouldn’t he.

The report is clear on the need to address Israel’s illegalities and violations of international law. The UN stands in the middle, hypocritically, and it needs to be called out for wasting the time of independent commissioners whose recommendations are likely to be discarded or simply filed away in order to protect Israel. More importantly, the UN needs to clarify its role as an enabler of Israel’s colonial violence, so that the Palestinian people can make their own case for their liberation and not remain tied to international norms which first and foremost normalise Israel and its racist, colonial actions.

No plan to meet Biden, US officials at UN General Assembly, Raeisi reiterates

0 thoughts on “The UN wastes Palestinian lives and time”