The PA’s failure in protecting Palestinians 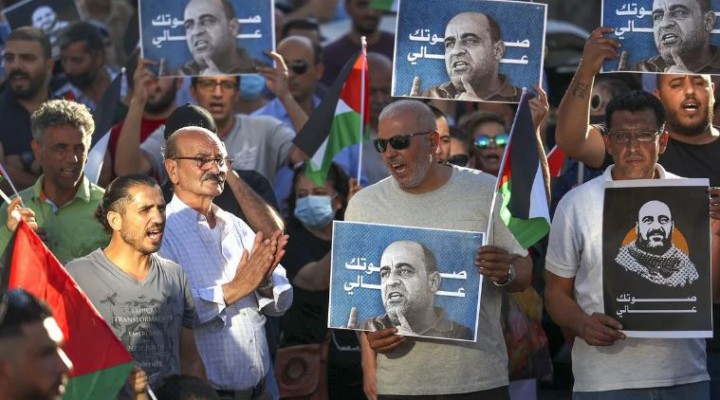 The Palestinian anti-colonial resistance has provided ample proof it will no longer take its cues from political factions, leaving both the Palestinian Authority and Israel facing a changing political dynamic among the people. The PA has been rendered irrelevant both by its own collaboration with Israel and acquiescence to the international community’s diplomatic failures, as well as by Palestinians themselves. Not holding democratic elections as promised, and killing activist Nizar Banat, were prominent triggers which empowered Palestinians to dissociate from the PA and its intimidating, violent tactics.

During a recent meeting with Israeli officials, the US Deputy Assistant Secretary of State Hady Amr reiterated the importance of strengthening the PA to avoid its collapse. Of course, the US is not concerned about Palestinian civilians, but to preserve the PA for as long as Israel and the international community need it. Likewise, last week, Shin Bet Chief Ronan Bar warned Israel’s Prime Minister-designate Benjamin Netanyahu about the PA’s possible collapse and the impact it would have on security coordination.

The Bennett-Lapid coalition government was characterised by its absolute refusal to enter into diplomatic negotiations with the PA, while conceding meagre relief to the Palestinian people – a move promoted by outgoing Defence Minister Benny Gantz. With the new government, the PA will likely face increasing hostilities and further isolation, given that it is merely a collaboration tool for Israel, and an untrustworthy entity in the eyes of the Palestinian people who have experienced the colonial collaborator violence first hand through security coordination.

Israeli media has deemed the slight economic relief for Palestinians as the reason why the Lions’ Den has not become as widespread as the previous intifadas. Yet security coordination is playing a part – the PA is as eager as Israel to ensure that nothing threatens its political niche.

Only the incoming Israeli government may well look past what the PA can contribute to the settler-colonial enterprise. Religious Zionist Party leader Bezalel Smotrich, who expressed preference for the Defence Ministry post, stated on previous occasions that he supports the dissolution of the PA, as well as annexation. While Smotrich’s political violence may not match that of Netanyahu, who exhibited a more cautious approach yielding faster results in terms of obtaining concessions and impunity for Israel in his last tenure as prime minister, the PA will have to contend with a far-right coalition that will not prioritise its existence.

For Palestinians, both spell disaster. Any Israeli agreement with the PA on security coordination ensures the illegitimate Palestinian leadership cracks down on Palestinian civilians on Israel’s behalf. If the incoming Israeli government decides against economic incentives with the aim of isolating the PA further, Palestinians will still face right-wing violence without any formidable opposition from the PA. Notably, annexation looms high on the new Israeli government’s agenda – a move which the PA has proved it is unable to counter except by planning for futile international peace conferences. Violence against Palestinians from Israel is guaranteed – what remains to be seen in terms of collaboration is the PA’s role over the next few years.

The PA's failure in protecting Palestinians

The Palestinian narrative is eliminated at the UN Security Council

0 thoughts on “The PA’s failure in protecting Palestinians”