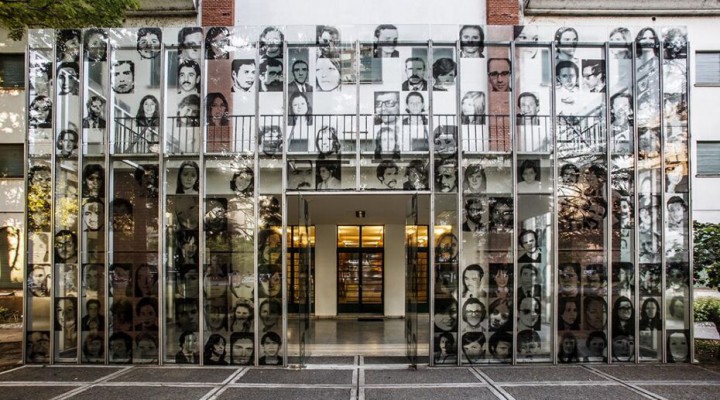 What the U.S. perpetrated in Argentina is in some ways a continuation of what U.S. Secretary of State Henry Kissinger instigated in Chile.

Last month, the Argentinian Memory Museum (ESMA) in Buenos Aires was nominated for inclusion in the list of World Heritage Sites, to be approved by the United Nations Educational, Scientific and Cultural Organization (UNESCO).

ESMA, which stands on the outskirts of Buenos Aires, was formerly used by the Jorge Videla dictatorship which lasted from 1976 to 1981, as a torture and detention centre, and the place where opponents of the dictatorship were drugged, tied and prepared for the death flights. The practice of disappearing political opponents by throwing them off helicopters into the ocean, and which started during the Chilean dictatorship of Augusto Pinochet, was adopted by Videla as the most efficient means of covering the tracks of the state’s extrajudicial killings. It is estimated that 30,000 people were disappeared during Videla’s rule.

It was through the documents released by the U.S. in 2017, that the death flights were established as having been used not only as a means of disappearance, but also murder, given that some victims were still alive when they were disposed of by the dictatorship. The U.S. was also a supplier of aircraft and helicopters for the Videla dictatorship, and had full knowledge of its methods of disappearance.

Out of 5,000 people detained at ESMA, only just over 100 survived. To mark the International Day of the Disappeared, the street where ESMA stands was renamed “SON 30000” to mark the number of victims killed and disappeared by the Videla dictatorship.

One declassified document which stipulates the conditions of how searches should be conducted, partially states, “Agency staff conducting searches should err on the side of inclusiveness and provide all documents pertaining to human rights abuses related to Argentina.” The same document also called upon agencies to reveal as much relevant information as possible but to refrain from declassifying information that jeopardises national security. Out of 918 records reviewed by the U.S. Central Intelligence Agency (CIA), 124 documents were released in full, 691 were redacted, and 103 documents remain classified.

Another document published by the NSA reveals the names of victims of the dictatorship, as well as U.S. officials, Argentinian generals and politicians, military and police units involved in the dictatorship atrocities. This document is of paramount importance as it contextualises and adds detail to the often-generalised information pertaining to the dictatorship era, and goes a long way in establishing both the identities of victims and aggressors – a crucial point in terms of Argentina’s collective memory.

What the U.S. perpetrated in Argentina is in some ways a continuation of what U.S. Secretary of State Henry Kissinger instigated in Chile. In 1975, the year prior to which Videla took power in Argentina, Kissinger met with Chile’s Foreign Minister Patricio Carvajal. “I read the briefing paper for this meeting and it was nothing but Human Rights,” Kissinger mocked. “The State Department is made up of people who have a vocation for the ministry. Because there are not enough churches for them, they went into the Department of State.”

As Argentina continues to set the record straight over its dictatorship memory, the UNESCO nomination should prompt a reckoning of the damage international diplomacy has wreaked over countries that deviated from the imperialist agenda which also sustains the UN.

Don’t Spy for Me Argentina