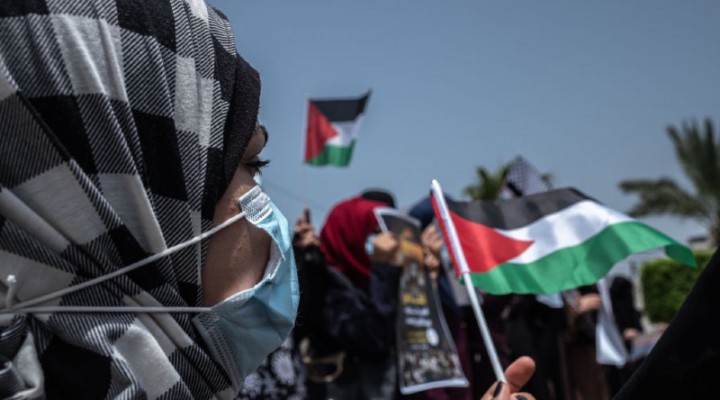 The Australian Labor Party’s (ALP) symbolic recognition of the State of Palestine last March attracted attention, and constituted a sharp distinction from the more common Australian political rhetoric that builds upon ‘shared values’ with Israel. Amid the cautious approval from Palestinians, and Israeli opposition to the change in the party’s policy, the implications of such a move still remain murky in terms of whether it will be adopted under a possible future Labor government and, if it is adopted, how far can Australia, along with other states that recognise Palestine, challenge the associated symbolism.

Using the term ‘colonisation’ in regard to Israel and its relationship to Palestine and its settlements in the West Bank is contested, with some claiming that the situation is not a perfect parallel to other colonial contexts throughout history. But under the circumstances, I would argue there’s proof to use it.

The 1947 Partition Plan, which Australia directly backed through its diplomat at the UN Herbert Vere Evatt, can be considered the foundation for decades of Israeli occupation, land dispossession and unequal treatment of Palestinians. That colonialisation process has taken place under the veneer of a two-state paradigm, but that paradigm has been rendered obsolete by Israel’s ongoing settlement expansion and its de-facto annexation of the occupied West Bank. The relationship between Israel and Palestine is one of coloniser and colonised not a relationship between two states.

While the specific recognition of a Palestinian state by the Labor Party was covered broadly by the media, the legitimisation of the two-state paradigm remains.

Little seems to have changed since 2018, when the ALP’s national conference supported ‘the recognition and right of Israel and Palestine to exist as two states within secure and recognised borders.’ This challenged the Australian government’s position on Jerusalem which, while not going as far as the Trump administration in terms of recognition, still opened a trade and defence office in Jerusalem in 2019, albeit lacking diplomatic status.

Since the British first proposed a two-state solution in 1937, the international community has grown overwhelmingly fatigued towards a goal that often seems no closer than it did seventy years ago. That fatigue, coupled with increasing levels of settler expansion in recent years, has led many in the international community to look beyond a two-state solution to one based around decolonisation — a process of reconciliation and nation-building between coloniser and colonised. To that end, in 2020, the One Democratic State Campaign argued for a solution that moves beyond the two-state paradigm. That solution would involve all parties working toward the creation of a single democratic state where all are included as equal citizens.

As long as the two-state politics are not brought into question at the very least, and space is made for the possibility of decolonisation and upholding the dignity of all people who live in the region, any recognition of a Palestinian state, while adding to the Palestinians’ diplomatic trajectory, is highly unlikely to yield any tangible political results.

One such recent example is the international adulation over the Abraham Accords — US President Donald Trump’s parting legacy which continues to reap the normalisation of relations between Israel and Arab states purportedly in exchange for halting formal annexation of the occupied West Bank. The international community lauded the agreements while largely ignoring to the de-facto annexation that is occurring away from scrutiny, and which is now merely labelled as demolitions and settlement expansion.

How does symbolic recognition halt the colonisation of what remains of Palestine, if the politics behind such recognition seem to have no expectations of a Palestinian state ever emerging?

Australia’s current foreign policy since 2018 ‘acknowledged the aspirations of the Palestinian people for a future state with its capital in East Jerusalem.’ This is yet another example of vague rhetoric that says nothing about the process of state-building in the context of Israel’s colonialist occupation of Palestine. It is perhaps telling Foreign Minister Penny Wong tweeted in response to the Israeli attacks on worshippers at Al Aqsa Mosque and retaliatory rocket fire that ‘As a strong supporter of the rights of Israelis and Palestinians to live in secure & recognised borders… Labor calls on all sides to deescalate’.

For the ALP’s resolution to have significance, there is much that needs to change in how countries have normalised colonialism and Israel’s expansionist actions in the region. The two-state paradigm still does nothing to dismantle the colonialist relationship and does nothing to challenge Israel to make the concessions from its landgrab politics to ensure the safety of all in the region.

The ALP’s symbolic recognition will do nothing to advance Palestinian independence, for the simple reason that Israel’s actions show that it does not want a sovereign and independent Palestine, not even on territory that has lost all contiguity due to settlement expansion.

In light of the recent escalation of hostilities, a peaceful reconciliation seems further away than ever, cementing the existing political stagnation. In the international arena, Palestinians have had to play the legitimacy card for too long, to the extent that even legitimacy has become a symbolic gesture. The problem is that Palestinians are perpetually kept waiting for political decisions that serve their interests, while politics constantly serve Israel’s expansion. In the face of such imbalance, even if legitimacy is on the Palestinian people’s side, there is no real political will from international actors to make the transition from supporting legitimate claims to implementing these as legitimate rights. While the ALP’s resolution, therefore, has raised Israel’s ire as always happens when those it considers allies of settler-colonialism step out of line, it remains to be seen whether politics or legitimacy will have the final say in Palestine.