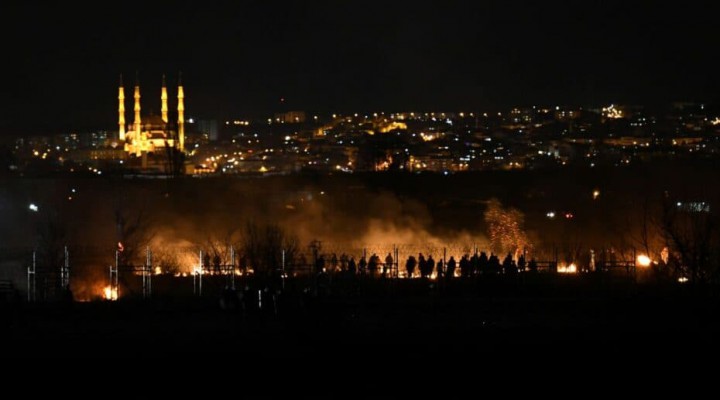 Europe may remain pristine, or so it thinks, but its colonial legacy remains an open wound

Since the beginning of the coronavirus pandemic, the European Union enhanced its exclusionary politics with regard to asylum seekers. A drop in people applying for asylum was linked to the cessation of travel, as countries closed their borders and asylum seeker applications dropped by 87 percent in March and April 2020. In the few instances where asylum seekers managed to get closer to Europe, governments had a convenient weapon to wield. Covid19 had provided a much-welcomed respite for European governments who still refuse to come to terms with the fact that their colonial heritage keeps reaping undesired effects.

A recent analysis by The Guardian, based upon UN reports on migration, reveals that the EU countries’ collaboration with non-EU countries, notably Libya, resulted in the death of over 2,000 people, as the bloc pushed back 40,000 asylum seekers  through its border agency, Frontex.

This is not the first time the EU has been under scrutiny for its deals with the Libyan government over the pushback of asylum seekers. Despite many reports and video footage of Libya’s so-called detention centers, or rather, torture centers, where refugees are held captive at the mercy of the traffickers, the EU, which prides itself on human rights, has consistently violated the rights of people it wants to keep away from its shores.

Fulvio Vassallo Paleologo, a professor of asylum law from the University of Palermo, described the situation thus: “In this context, deaths at sea since the beginning of the pandemic are directly or indirectly linked to the EU approach aimed at closing all doors to Europe and the increasing externalization of migration control to countries such as Libya.’’

However, the Eu remains undeterred in its aim to keep out asylum seekers. Last month, the EU Commission announced it will be adopting a “strategy on voluntary return and reintegration”, in collaboration with Frontex, which in January 2021 was placed under investigation due to  harassment and pushback of asylum seekers, in violation of international law and with full knowledge of senior personnel.

The EU’s new strategy, which merely builds up on the illegalities it negotiated with Libya, for example, attempts to laud voluntary repatriation as a desirable option. “Our first ever strategy on voluntary return and reintegration will help returnees from both the EU and third countries to seize opportunities in their home country, contribute to the development of the community and build trust in our migration system to make it more effective,” Ylva Johansson, the EU Commissioner for Home Affairs, stated.

In the new strategy, Frontex will be allowed a role in “all stages of the voluntary return and reintegration process.” Only the strategy developed by the EU reads more like a psychosocial document that fails to address the reasons behind asylum seeking, and without a doubt eliminates the role which the EU has played in maintaining the refugee crisis.

Asylum seekers are not in need of additional bureaucracy, especially a system that works in tandem with what is already being achieved illegally. To cover any possible liability, the EU has added the principle of non-refoulment, which would prevent the repatriation of asylum seekers to countries where they would face persecution. A fine addendum, but left at the hands of entities already breaking international law when it comes to asylum seekers, this principle is likely to be ignored.

If the EU-Libya deals have taught us anything, it is the fact that the EU intends to intensify the fortress metaphor. After all, and particularly in the case of Libya, where the failed state is perfect camouflage for human rights violations despite their visibility, the fate of asylum seekers away from EU shores is not an issue to contend with. Europe may remain pristine, or so it thinks, but its colonial legacy remains an open wound.

0 thoughts on “Legalizing Repatriations to Gloss Over Human Rights Violations”