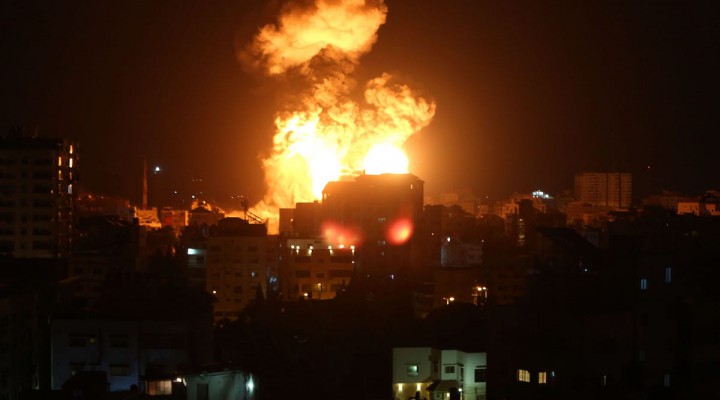 The Biden administration has been presented with an opportunity to sound its rocket rhetoric after Hamas retaliated against the Israeli colonial violence unleashed upon Palestinians in the occupied West Bank. As Israel bombed the Gaza Strip, creating yet another wave of internally displaced Palestinians, US Secretary of State Antony Blinken kept silent about the US-funded military aggression. But, he said, the US is: “Very deeply concerned about the rocket attacks that we’re seeing now, that they need to stop, they need to stop immediately.”

Another biased warning came from the US State Department’s Spokesperson Ned Price: “We call for restraint and for calm. Israel has the right to defend itself and to respond to rocket attacks.” US President Joe Biden called Israeli Prime Minister Benjamin Netanyahu to reassure: “Israel has a right to defend itself when you have thousands of rockets flying into your territory.”

Even former UN Special Coordinator for the Middle East Peace Process Nickolay Mladenov weighed in with a tweet intended to raise alarm: “STOP firing rockets! STOP the escalation before it is too late!”

Yet all the dissemination of Israel’s security narrative, not to mention the billions that Israel receives from the US annually, is still not enough in terms of diplomatic support. Israel has also expressed its disapproval of the US decision to halt a UN Security Council (UNSC) draft resolution that specifically condemns rocket fire and settlement activity while calling for both sides to “de-escalate the situation.”

According to Israeli Ambassador to the UN Gilad Erdan, the UNSC failed to: “Understand the reasons behind the Palestinian violence.” This is despite a pro-Israel resolution that indirectly gives the green light to bomb Gaza.

It is clear that the UNSC does not want to highlight the reasons behind the Palestinian right to defend itself, despite international law making anti-colonial struggle legitimate. However, a purported lack of understanding on behalf of an entity that has supported Israeli colonial expansion is not an open invitation for Israel to fill the gap with its fabricated myths. All of this can be contradicted by the early Zionist leaders who clearly articulated the need for the forced displacement and ethnic cleansing of Palestinians to pave the way for the colonial project.

In 1937, former Prime Minister of Israel David Ben-Gurion wrote: “I support compulsory transfer. I don’t see anything immoral in it.” Now it is the international community that upholds the early foundations of Zionist colonialism by failing to address the evictions in Sheikh Jarrah and other communities prior, as an extension of the earlier forced displacement ushering in the 1948 Nakba. The same goes for US complicity in the current aggression. If Biden wanted to pit himself as an alternative to the Trump administration’s policies, he would have called out the current attempts at displacing the Palestinian families of Sheikh Jarrah as part of Israel’s de facto annexation of Palestinian territory. Instead, Biden gave the green light for Israel to terrorise Gaza and the occupied West Bank. Rockets are not the issue – Israel is. Unless Israel’s colonial violence is addressed and permanently stopped, Palestinians need the minimum of diplomatic support – that they have the right to defend themselves against decades of forced displacement.