HOME / WORLD / Washington Struggles to Manage the Crisis, But Israel Continues to Benefit 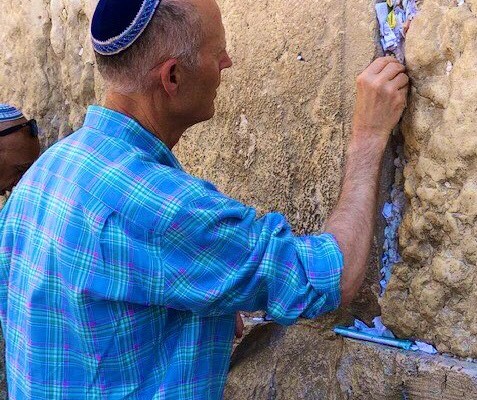 The self-inflicted cultural defenestration of what passes for Western Civilization in the United States continues apace. As George Orwell described the process in 1984 “Every record has been destroyed or falsified, every book rewritten, every picture has been repainted, every statue and street building has been renamed, every date has been altered. And the process is continuing day by day and minute by minute. History has stopped. Nothing exists except an endless present…”

Ironically, even as America’s Founding Fathers are being pilloried through the prism of contemporary values, not every bit of customary behavior is being challenged. Even though the United States is going through a devastating health care and national identity crisis, the Federal Government continues to grind out legislation that is favorable to Israel and to certain Jewish interests. “The Never Again (Holocaust) Education Act,” for example, passed through the House of Representatives (H.R. 943) by a 395-3 vote followed by a unanimous vote in the Senate on S.2085 on May 13th.  It will help to indoctrinate school children regarding an easily challengeable narrative of perpetual victimhood which in turn generates billions of dollars for the racist state of Israel, but it was described by Congressional supporters as merely an instrument to support the already existing educational resources at the United States Holocaust Memorial Museum (USHMM), which is also taxpayer funded.

The House bill’s sponsor Representative Carolyn Maloney of New York preened that “Combatting hate and intolerance must always be a priority and I’m glad that the Senate agrees. Passing this bill by unanimous consent today sends a strong message that the Congress is overwhelmingly united in combatting antisemitism…” and the Senate bill’s sponsor Senator Jacky Rosen of Nevada explained how “…the Never Again Education Act will give schools needed resources to cover one of the darkest chapters in our history. Through education, we can provide insight into the past, and use it to prevent anti-Semitism now.”

If Americans Knew has documented how there were 68 pieces of legislation focused on providing goods and services to Israel in 2019, with 18 more added, identified here, so far this year. The most well known piece of legislation is S.3176, “US-Israel Security Assistance Authorization Act of 2020 (To amend the Foreign Assistance Act of 1961 and the US-Israel Strategic Partnership Act of 2014 to make improvements to certain defense and security assistance provisions and to authorize the appropriations of funds to Israel, and for other purposes),” which is the upper chamber’s version of House bill H.R.1837, which was passed last July. S.3176 passed out of committee on May 21st and is scheduled for a floor vote. The Senate bill was sponsored by Marco Rubio of Florida, a favorite of the Israel Lobby and its oligarch funders.

The House and Senate bills derive from an agreement entered into by President Barack Obama committing the U.S. Treasury to give Israel a minimum of $3.8 billion a year for the next ten years. The current version of the legislation has tweaked the language to make that $3.8 billion Danegeld a minimum, subject to increase as circumstances dictate. The bill also provides Israel additional military equipment off the books, funds several co-production arrangements and basically commits Washington to supporting Israel militarily even if the Jewish state starts the war.

Other pro-Israel bills include H.R.5595 – the “Israel Anti-Boycott Act (To impose additional prohibitions relating to foreign boycotts under Export Control Reform Act of 2018, and for other purposes),” which includes criminal penalties to target businesses, organizations and individuals who attempt to boycott or disrupt commercial activity operating out of Israel’s West Bank settlements. It was drafted in response to the publication of a United Nations database identifying over 100 Israeli companies doing business in illegal Israeli settlements on Palestinian land. S.Res. 570  “A resolution opposing and condemning the potential prosecution of United States and Israeli nationals by the International Criminal Court,” meanwhile is an attempt to block any consideration by the international court of Israeli as well as American war crimes.

Other legislation (S.3775 “The United States Israel Military Capability Act” involves developing and sharing military technology even though Israel frequently steals what is developed and H.Res.837 “Reaffirming the need for transatlantic cooperation to combat anti-Semitism in Europe” encourages European countries to do more to teach about the so-called holocaust and anti-Semitism.

But the most bizarre resolutions currently circulating on the Congressional circuit are S.3722 and H.R.6829 “To authorize funding for a bilateral cooperative program with Israel for the development of health technologies with a focus on combating COVID-19.” The respective bills were introduced on May 12th and 13th and are now in committee. The American Israel Public Affairs Committee (AIPAC) has been lobbying Congress hard by playing the China-as-threat card. The House version is consequently dubbed the “Expanding Medical Partnerships with Israel to Lessen Dependence on China Act.”

What the bills will do is establish a partnership with Israel to develop a vaccine and other medical responses to the pandemic virus. The costs will be shared, but Israel’s pharmaceutical industry will market the products, which promises to be enormously profitable if the endeavor succeeds.

And finally, there is Iran, Israel’s bête noire. On June 8th U.S. sanctions imposed on Iran’s shipping network took effect, months after they were announced in December following claims made by the State Department relating to alleged Iranian support for proliferation of weapons of mass destruction. Commercial and maritime industries and even governments now risk U.S. sanctions if they do any business with the Islamic Republic of Iran Shipping Lines (IRISL) and/or its Shanghai-based subsidiary, E-Sail Shipping Company. The new sanctions are being touted by Republican Congressmen as the “toughest ever.”

So, what is the average American citizen to do confronted by an avalanche of Congressional action benefitting Israel while the United States is going through its most trying time since the Great Depression? Israeli lobbying groups like AIPAC, Washington Institute for Near East Policy (WINEP) and Foundation for the Defense of Democracies (FDD) have large budgets, hundreds of staff and full and immediate access to Congressional offices. They even write the legislation that is then rubber stamped by the House and Senate, and although they are clearly agents of Israel, they are never required to register as such under Foreign Agents Registration Act (FARA).

One can always contact a Congress-critter and complain but that is generally speaking a waste of time. A brave man and friend of mine who was a survivor of the brutal Israeli attack on the U.S.S. Liberty in 1967 did write to his Senator and ask why, when the nation is in crisis, Congress is spending so much time and money on Israel. This was the reply he got from Senator Rick Scott of Florida:

“Thank you for contacting me regarding our greatest ally, Israel. Florida has maintained a strong relationship with Israel for many generations and I have always worked to improve policies and investments between our two countries.

During my time as Governor of Florida, I visited Israel three times. My first two visits were to promote Florida and to build international trade relationships between Israel and Florida. My third visit was for the opening of the U.S. Embassy in Jerusalem, for which I strongly advocated.

I also signed anti-BDS legislation, secured $2 million for security at our Jewish schools, and I opposed the reckless Iran Deal.

As your United States Senator, I will continue to work every day to protect and support our greatest ally and fight to take actions against those who wish to do them harm.

Again, thank you for your insightful correspondence. I am proud to represent every citizen in Florida and I appreciate the time you took to provide your position on this matter. Should you have any additional questions, please feel free to contact me.”

Clearly Senator Scott claims to be proud of representing “every citizen” in Florida, but he regards some citizens as more important than others. Concerning his trade missions, one might be interested in knowing what the balance of trade and job creation between Israel and Florida actually is, as these arrangements are generally heavily loaded to favor Israeli businesses and investors. Also, the good Senator might recall that it was a Florida public school that recently was on the receiving end of a mass shooting, so perhaps the money he so proudly gave to Jewish schools for security was not exactly well spent. And Scott seems to be unaware that Jewish organizations already get over 90% of Department of Homeland Security discretionary grants, so they hardly need more taxpayer money.

Acting on behalf of a foreign country, Senator Scott also is willing to shut down the First Amendment for most Americans in his zeal to crush the non-violent BDS movement. And his rejection of the “Iran Deal” demonstrates that he does not support policies that actually enhance the security of the United States, presumably out of deference to the interests of Israel and at least some of his Jewish constituents.

Finally, Senator Scott should perhaps look into the treaties that Washington has entered into with foreign powers. There is no defense treaty with Israel and the Jewish state is no ally, much less a “greatest ally.” It is, in fact, a major strategic liability, involving Americans in regional wars that need not be fought and demonstrating to all the world the risible reality of a military and economic superpower that is being led to perdition during a time of crisis by a ruthless and irresponsible client state.

0 thoughts on “Washington Struggles to Manage the Crisis, But Israel Continues to Benefit”