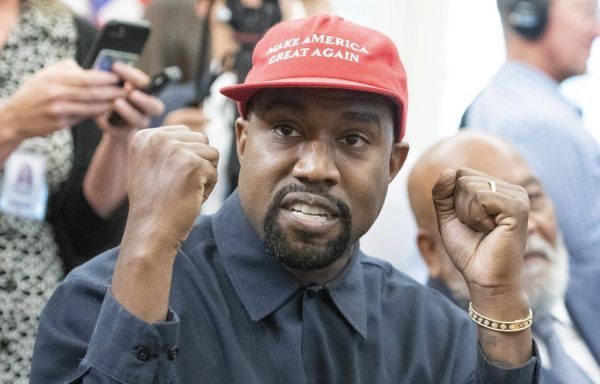 Or is it all just a bit of self-serving theater?

A midterm national election will be taking place in the United States in two weeks. American voters will, at least to a certain extent, be expressing their approval or disapproval on major issues like management of the economy and immigration, though they will curiously have no one to vote for if they are appalled by the nuclear brinksmanship that the Joe Biden administration has been engaging in with Ukraine and Russia. One can blame the propaganda machine in Washington supported energetically by the mainstream media for that, as the acceptable Ukraine narrative presented to the public has drowned out nearly all the alternative arguments for a much less aggressive foreign and national security policy. Tulsi Gabbard, who recently resigned from the Democratic Party over its woke-ness and also its war policy, was one of the only politicians who dared to speak out against the prevailing bipartisan desire to “get Russia.”

Another issue that has oddly enough surfaced amid the current political turmoil has been the concern over what is being described as anti-Semitism, which is, according to those who stand to gain from that perception, reported to be “surging” worldwide. Anti-Semitism is the gift that keeps on giving for the Israelis and their rabid band of diaspora supporters, but it is particularly entrenched in the United States where it goes by the generic and relatively inoffensive label the “Israel Lobby.” Recent articles citing what are called anti-Semitic incidents, as defined by groups like the Anti-Defamation League (ADL), have guaranteed that there will be no serious media coverage of Israeli atrocities directed against the Palestinians as any criticism of Israel is considered to be ipso facto anti-Semitism. The shooting of Palestinian children by Israeli soldiers is at an all-time high, occurring almost daily, but one would not know that from reading the New York Times or the Washington Post, which together celebrate Israeli/Jewish victimhood by ignoring that country’s war crimes and focusing instead on alleged conspiracies against Jews. One would certainly without a doubt find multiple articles all about the alleged anti-Semitic remarks recently attributed to Donald Trump, Kanye West and Mel Gibson.

Donald Trump is not known for his precision in the use of the English language, particularly when he is expressing something complicated. Trump’s recent “warning” to American Jews would be comical, but it also reveals much about both the perception and the reality of Jewish power in the US as well as the role of Jews as dominant political donors entrenched in both political parties. Trump posted his comment on his Truth Social network on October 16th: “No President has done more for Israel than I have. Somewhat surprisingly, however, our wonderful Evangelicals are far more appreciative of this than the people of the Jewish faith, especially those living in the US. Those living in Israel, though, are a different story — highest approval rating in the world, could easily be P.M.! US Jews have to get their act together and appreciate what they have in Israel — Before it is too late!”

The fact is that President Donald Trump was second to none when it came to pandering to Israel even when that country’s interests do real damage to the United States, though his claim that he is so popular in Israel that he could be elected Prime Minister is absurd. He is not a Jew and could not even emigrate to Israel even if he chose to do so. As president, he moved the US Embassy from Tel Aviv to Jerusalem, he accepted brutal Israeli settlement and control of the Palestinian West Bank, approved of the Israeli annexation of the Syrian Golan Heights, and ignored repeated Israeli war crimes using US provided weapons. Nevertheless, the response from the usual suspects was immediate, with the ever-vigilant Jonathan Greenblatt of the ADL calling the Trump comments both insulting and disgusting while his colleague Oren Segal goes one step further, claiming that the statement has “shattered” a general feeling of safety among American Jews. Ukraine-born Jew and Trump critic former US Army officer Alexander Vindman also joined in with a predictable “Trump is executing the fascist playbook to turn his mob on Jews.”

On the following day, the White House Press Secretary Karine Jean-Pierre also denounced the remarks. She said that “Donald Trump’s comments were antisemitic and insulting both to Jews and our Israeli allies.” She also observed that Trump had consistently “aligned with extremist and antisemitic figures. And it should be called out.” To further establish her bona fides as a true-blue friend of the Jewish state, she also announced that Israeli president Isaac Herzog would visit Biden in Washington on October 26th, presumably to give the US president his marching orders. In a subsequent statement, she said the visit would serve to reaffirm “the enduring partnership and friendship” between the two nations.

It should be noted that the Trump remarks were criticized immediately by Jewish leaders and many others for including the suggestion of “dual loyalty,” alleging that diaspora Jews often have their primary allegiance to Israel, not to the country where they live. Others also criticized Trump for lecturing American Jews on their own religious obligations. Of course, the rage exhibited by the leaders of Jewish organizations reflects the fact that many American Jews do have what one might call “dual loyalty.” A Pew Research survey released in 2021 found that 45% of Jewish adults in the US viewed caring about Israel as “essential” to what being Jewish means, with an additional 37% saying it was “important, but not essential.” Only a small minority of 16% said caring about Israel was “not important.”

More recently, additional comments by Trump revealing a lack of understanding of Jewish hyper-sensitivities have surface as part of a clear attempt to damage Republican prospects for the upcoming election. Of course, Donald Trump is whistling in the wind if he seriously interested in getting Jewish voters to cast their ballots for him or for the GOP. Jews overwhelmingly vote liberal. An estimated 75% of Jewish voters supported Joe Biden in 2020 and that is unlikely to change no matter what Trump says or does for Israel as the Democratic Party is, if anything, as completely in the Jewish/Israeli pocket as are most of the Republicans. Much of the rhetoric is really about money, with Jewish donors constituting a majority of financial supporters of the Democrats as well as significant supporters of pro-Israel Republicans. Trump ally casino magnate Sheldon Adelson, now deceased, reportedly contributed $100 million to the GOP electoral coffers in 2016-2020 and was the force driving the move of the US Embassy to Jerusalem.

Music mogul Kanye West, who is being compared to Adolf Hitler, has also come under fire after complaining about Jewish control over the media relating to his various enterprises while actor Mel Gibson, due to appear as a witness in the sexual battery trial of disgraced film producer Harvey Weinstein, was also denounced for his reportedly expressed dislike of Jews, meaning that he would not be impartial in the evidence he provides since Weinstein is a Jew.

So, when in doubt, call something anti-Semitic and it will make the problem go away. The United States uniquely has an Ambassador whose sole responsibility as the Special Envoy to Monitor and Combat Antisemitism (SEAS) is to go around the world seeking to expose anti-Semites. Israel routinely uses the Jewish diaspora and its vast wealth to buy up or leverage the media, to corrupt politicians at all levels, and to propagate a narrative that always depicts Jews sympathetically as perpetual victims. That narrative relies on the so-called holocaust and the slogan “never again” to generate the moral authority and outrage that makes the entire otherwise unsustainable imposture work. And work it does. The Israel Lobby’s campaign of vicious character assassination, smearing and blacklisting against those who defend Palestinian rights is not a response to any real anti-Semitism. That twenty-four state governments’ have passed Israel Lobby promoted legislation requiring their workers and contractors, under threat of dismissal, to sign a pro-Israel oath and promise not to support the non-violent Boycott, Divestment and Sanctions movement is not a response to anti-Semitism. That is the real story, all about the maintenance of Jewish and Israeli power in America and the abuses that are derived from that, and it has nothing to do with genuine anti-Semitism.

Please Some Straight Talk from the Peace Movement

One thought on “More Anti-Semitism?”