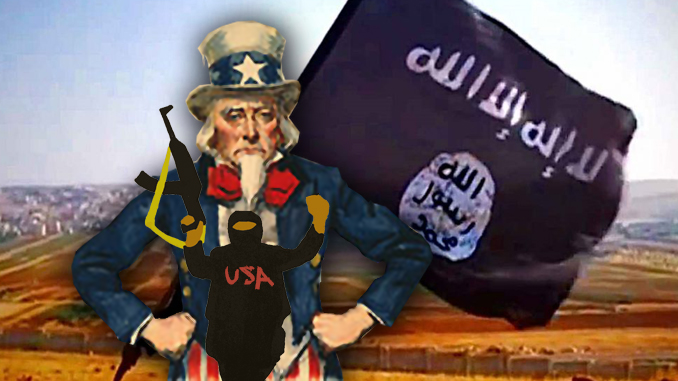 Recently The New York Times featured two op-eds by resident hacks Bret Stephens and Tom Friedman as well as a featured editorial, all on the subject of Syria and how the Trump administration has betrayed the American people. The pieces were published back-to-back over the course of three days, clearly an attempt on the part of the editorial page staff to establish the paper’s “message” on what the war in Syria was and is all about. All the pieces were riddled with inaccuracies and out-and-out fabrications to support the false assertion that the U.S. intervention in Syria was somehow based on a desire to “spread democracy” and freedom while also serving some vaguely defined American national security interests.

The New York Times is not unique in its defense of a hawkish and interventionist foreign policy, but it self-describes as the “newspaper of record” based on its long existence and its location in the media capital of the United States. That means that it reaches a larger audience than most other media and also that it is regarded generally as credible. Therein lies the danger, as Times reporting and opinion pages will definitely have a major impact on how the public and even policymakers will regard certain issues.

The Stephens op-ed and the Times editorial are worth examining, but the tone was set by the first piece to appear, by Friedman, entitled “Trump’s Syria Trifecta: A Win for Putin, a Loss for the Kurds, and Lots of Uncertainty for Our Allies: It’s pure genius!” Even bearing in mind that the Times’s reluctance to ever feature an article favorable to Donald Trump, the title of the piece is particularly scathing.

Friedman began, “On the eve of the Iraq war, in 2003, Prime Minister Tony Blair of Britain addressed a joint session of Congress about America’s foreign policy mission: ‘In some small corner of this vast country, out in Nevada or Idaho or these places I’ve never been to but always wanted to go,’ said Blair, ‘there’s a guy getting on with his life, perfectly happy, minding his own business, saying to you, the political leaders of this country, “Why me, and why us, and why America?” And the only answer is, ‘Because destiny put you in this place in history, in this moment in time, and the task is yours to do.’ Blair is still right about the role that destiny has placed on America’s shoulders, but years later it is also clear that many Americans are exhausted with that role.”

Friedman goes on to claim that “the job of the president, though, is to balance the understandable desire of Americans to no longer bear every burden and oppose any foe to ensure the survival of freedom with the fact that U.S. interests and values still require us to remain engaged around the world in a sustainable way.” With that mission in mind, he then accuses the White House of having failed to “make fine distinctions, leverage allies, and amplify islands of decency.”

What does Friedman mean? First, that Washington’s use of military force against ISIS, a legitimate and possibly even necessary objective, failed to comprehend the fact that in Syria “ISIS was the enemy of multi-sectarian democracy, and so were Russia, Shiite Iran, Shiite Hezbollah, and the Shiite-Alawite Bashar al-Assad regime. And they and ISIS all deserved one another.” Per Friedman, defeating ISIS was actually counterintuitive, as it would “reduce the pressure on Assad, Iran, Russia, and Hezbollah and enable them to devote all their resources to crushing the last moderate rebels in Idlib, not sharing power with them. . . . I feel terrible for the Kurds, but at least America might get the last laugh on Putin. Trump let Putin win Syria—and the indefinite task of propping up al-Assad’s genocidal regime and managing Iran’s attempts to use Syria as a platform to attack Israel.”

The Times commentator also asserts, as do many in Congress, that removing the Syrian government was good policy because doing otherwise “sen[ds] a message to every U.S. ally: ‘You’d better start making plans to take care of yourselves, because if Russia, China, or Iran decides to come after you or bully you, America does not have your back—unless you’ve paid cash in advance.’ ” He also quotes a self-described and inevitably “expert” Michael Mandelbaum who makes the same point in his book The Rise and Fall of Peace on Earth: “When we suddenly withdraw our support for an ally in one place—with no warning—we call into question our credibility everywhere.” Mandelbaum, it should be noted, is a fixture at the Johns Hopkins School of Advanced International Studies, an institution that one might describe as a breeding ground of neoconservatives.

Friedman fancies himself an expert on the Middle East and, to be sure, he has carved a lucrative career out of that conceit. But his principal argument—that Russia and Iran are enemies of the U.S. that must be opposed wherever they pop up while American troops should also stay engaged worldwide for reasons of credibility—doesn’t really stack up. And he also falls for the “moderate rebels” and Assad as “genocidal” lines, which have been repeatedly debunked.

Friedman does not understand that the United States would be far more respected—and credible—if it were to deal with the rest of the world fairly and honorably rather than blundering around using repeated threats of military intervention. In reality, neither Moscow nor Tehran actually threaten the United States, while it was Washington that was the destabilizing force in Syria by directly and indirectly supporting actual terrorist groups in a bid to overthrow Assad, an effort assisted by Israel, Saudi Arabia, and the Gulf States, which also were supporting the terrorist groups in a bid to maintain chaos. Iran and Russia were only brought in by the legitimate government in Damascus to help defeat ISIS and also al-Qaeda-linked groups like al-Nusra. In spite of Trump’s boasts that the United States defeated ISIS, it was really the hard and bloody work of the Syrian army and its allies who won the day.

Friedman’s belief that the United States must remain engaged worldwide because it is a force for all that is good “to sustain freedom” is, of course, palpable nonsense as the U.S. moves seemingly inexorably towards becoming a police state at home. Afghanistan has not been stabilized after 18 years of occupation, Iraq is experiencing demonstrations and rioting linked to the corruption that the U.S. introduced to the country, and a stable and non-threatening Libya was turned into a dysfunctional haven for terrorists and criminals through Barack Obama’s regime change for that country. And, all of the above taken together as part of the “global war on terror” have killed as many as four million civilians and unleashed a wave of millions more as refugees that the world is currently trying to cope with.

But perhaps the most laughable line in the Friedman piece is his citation of the need to prevent Iran’s using Syria to stage attacks on Israel. The fact is that Israel, which is not at war with Syria, has bombed that country scores of times in the past two years alone while Syria, and its ally Iran, have not even once attacked the Jewish state. To suggest that Friedman entertains a blind spot in a certain direction would be an understatement.