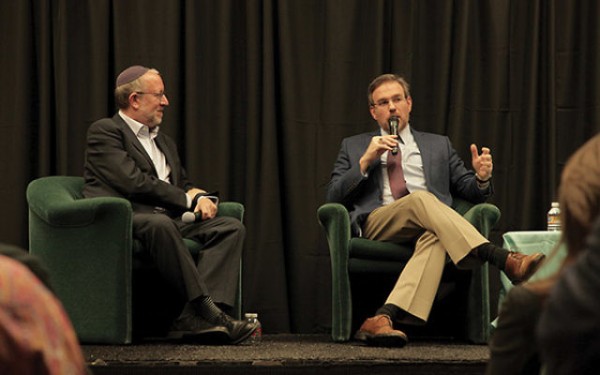 A New York Times Columnist explains why American journalism has become in its mainstream exponents a compendium of half-truths and out-and-out lies. The public, though poorly informed on most issues as a result, has generally figured out that it is being hoodwinked and trust in the Fourth Estate has plummeted over the past twenty years. The skepticism about what is being reported has enabled President Donald Trump and other politicians to evade serious questions about policy by claiming that what is being reported is little more than “fake news.”

No news is more fake than the reporting in the U.S. media that relates to the state of Israel. Former Illinois congressman Paul Findley in his seminal book They Dare to Speak Out: People and Institutions Confront Israel’s Lobby observed that nearly all the foreign press correspondents working out of Israel are Jewish while most of the editors that they report to at news desks are also Jews, guaranteeing that the articles that eventually surface in the newspapers will be carefully constructed to minimize any criticism of the Jewish state. The same goes for television news, particularly on cable news stations like CNN.

A particularly galling aspect of the sanitization of news reports regarding Israel is the underlying assumption that Israelis share American values and interests, to include freedom and democracy. This leads to the perception that Israelis are just like Americans with Israel’s enemies being America’s enemies. Given that, it is natural to believe that the United States and Israel are permanent allies and friends and that it is in the U.S. interest to do whatever is necessary to support Israel, including providing billions of dollars in aid to a country that is already wealthy as well as unlimited political cover in international bodies like the United Nations.

That bogus but nevertheless seemingly eternal bond is essentially the point from which a December 26th op-ed in The New York Times departs. The piece is by one of the Times’ resident opinion writers Bret Stephens and is entitled Donald Trump is Bad for Israel.

Stephens gets to the point rather quickly, claiming that “The president has abruptly undermined Israel’s security following a phone call with an Islamist strongman in Turkey. So much for the idea, common on the right, that this is the most pro-Israel administration ever. I write this as someone who supported Trump moving the U.S. Embassy in Israel from Tel Aviv to Jerusalem, and who praised his decision to withdraw from the Iran nuclear deal as courageous and correct. I also would have opposed the president’s decision to remove U.S. forces from Syria under nearly any circumstances. Contrary to the invidious myth that neoconservatives always put Israel first, the reasons for staying in Syria have everything to do with core U.S. interests. Among them: Keeping ISIS beaten, keeping faith with the Kurds, maintaining leverage in Syria and preventing Russia and Iran from consolidating their grip on the Levant.”

The beauty of Stephens overwrought prose is that the careful reader might realize from the git-go that the argument being promoted makes no sense. Bret has a big heart for the Kurds but the Palestinians are invisible in his piece while his knowledge of other developments in the Middle East is superficial. First of all, the phone call with Turkey’s President Recep Tayyip Erdogan had nothing to do with “undermining Israel’s security.” It concerned the northern border of Syria, which Turkey shares, and arrangements for working with the Kurds, which is a vital interest for both Ankara and Washington. And it might be added that from a U.S. national security point of view Turkey is an essential partner for the United States in the region while Israel is not, no matter what it pretends to be.

Stephens then goes on to demonstrate what he claims to be a libel, that for him and other neocons Israel always comes first, an odd assertion given the fact that he spends 80% of his article discussing what is or isn’t good for Israel. He supports the U.S. Embassy move to Jerusalem, the end of the nuclear agreement with Iran, both of which were applauded in Israel but which are extremely damaging to American interests. He attacks the planned withdrawal from Syria because it is a “core interest” for the U.S., which is complete nonsense.

Contrary to Stephens’ no evidence assertion, Russia and Iran have neither the resources nor the desire to “consolidate[e] their grip on the Levant” while it is the United States has no right and no real interest to “maintain leverage” on Syria by invading and occupying the country. But, of course, invading and occupying are practices that Israel is good at, so Stephens’ brain fart on the issue can perhaps be attributed to confusion over whose bad policies he was defending. Stephens also demonstrate confusion over his insistence that the U.S. must “resist foreign aggressors…the Russians and Iranians in Syria in this decade,” suggesting that he is unaware that both nations are providing assistance at the request of the legitimate government in Damascus. It is the U.S. and Israel that are the aggressors in Syria.

Stephens then looks at the situation from the “Israeli standpoint,” which is presumably is easy for him to do as that is how he looks at everything given the fact that he is far more concerned about Israel’s interests than those of the United States. Indeed, all of his opinions are based on the assumption that U.S. policy should be supportive of a rightwing Israeli government, that of Prime Minister Benjamin Netanyahu who has recently been indicted for corruption and has called for an early election to subvert the process.

Bret finally comes to the point, writing that “What Israel most needs from the U.S. today is what it needed at its birth in 1948: an America committed to defending the liberal-international order against totalitarian enemies, as opposed to one that conducts a purely transactional foreign policy based on the needs of the moment or the whims of a president.”

Stephens then expands on what it means to be liberal-international: “It means we should oppose militant religious fundamentalism, whether it is Wahhabis in Riyadh or Khomeinists in Tehran or Muslim Brothers in Cairo and Ankara. It means we should advocate human rights, civil liberties, and democratic institutions, in that order.”

Bret also throws America’s two most recent presidents under the bus in his jeremiad, saying “During the eight years of the Obama presidency, I thought U.S. policy toward Israel — the hectoring, the incompetent diplomatic interventions, the moral equivocations, the Iran deal, the backstabbing at the U.N. — couldn’t get worse. As with so much else, Donald Trump succeeds in making his predecessors look good.” He then asks “Is any of this good for Israel?” and he answers “no.”

Bret Stephens in his complaining reveals himself to be undeniably all about Israel, but consider what he is actually saying. He claims to be against “militant religious fundamentalism,” but isn’t that what Israeli Zionism is all about, with more than a dash of racism and fanaticism thrown in for good measure? One Israeli Chief Rabbi has called black people “monkeys” while another has declared that gentiles cannot live in Israel. Right-wing religious fundamentalist parties currently are in power with Netanyahu and are policy making for the Israeli Government: Shas, Jewish Home, and United Torah Judaism. None of them could be regarded as a moderating influence on their thuggish serial financial lawbreaker Prime Minister.

And isn’t Israel’s record on human rights and civil liberties among the worst in the world? Here is the Human Rights Watch’s assessment of Israel:

“Israel maintains entrenched discriminatory systems that treat Palestinians unequally. Its 50-year occupation of the West Bank and Gaza involves systematic rights abuses, including collective punishment, routine use of excessive lethal force, and prolonged administrative detention without charge or trial for hundreds. It builds and supports illegal settlements in the occupied West Bank, expropriating Palestinian land and imposing burdens on Palestinians but not on settlers, restricting their access to basic services and making it nearly impossible for them to build in much of the West Bank without risking demolition. Israel’s decade-long closure of Gaza, supported by Egypt, severely restricts the movement of people and goods, with devastating humanitarian impact.”

Israel, if one is considering the entire population under its rule, is among the most undemocratic states that chooses to call itself democratic. Much of the population living in lands that Israel claims cannot vote, they have no freedom of movement in their homeland, and they have no right of return to homes that they were forced to abandon. Israeli army snipers blithely shoot unarmed demonstrators while Netanyahu’s government kills, beats and imprisons children. And the Jewish state does not even operate very democratically even inside Israel itself, with special rights for Jewish citizens and areas and whole towns where Muslims or Christians are not allowed to buy property or reside.

It is time for American Jews like Bret Stephens to come to the realization that not everything that is good for Israel is good for the U.S. The strategic interests of the two countries, if they were openly discussed in either the media or in congress, would be seen to be often in direct conflict. Somehow in Stephens’ twisted mind the 1948 theft of Palestinian lands and the imposition of an apartheid system to control the people is in some way representative of a liberal world order.

If one were to suggest that Stephens should move to Israel since his primary loyalty clearly lies there, there would be accusations of anti-Semitism, but in a sense, it is far better to have him stick around blathering from the pulpit of The New York Times. When he writes so ineptly about how Donald Trump Is Bad for Israel the real message that comes through loud and clear is how bad Israel is for America.

0 thoughts on “Israel Is Bad for America”