HOME / WORLD / Lying for Israel: Why Nearly Everyone in Washington Does It 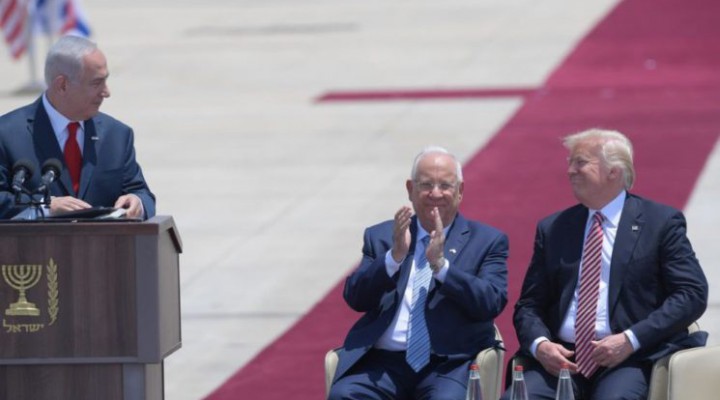 It is not often that one hears anything like the truth in today’s Washington, a city where the art of dissimulation has reached new heights among both Democrats and Republicans. Everyone who has not been asleep like Rip Van Winkle for the past twenty years knows that the most powerful foreign lobby operating in the United States is that of the state of Israel. Indeed, by some measures it just might be the most powerful lobby period, given the fact that it has now succeeded in extending its tentacles into state and local levels with its largely successful campaigns to punish criticism or boycotting of Israel while also infiltrating boards of education to require Holocaust education and textbooks that reflect favorably on the Jewish state.

Occasionally, however, the light does shine in darkness. The efforts by Congresswomen Rashida Tlaib and Ilhan Omar to challenge the power of the Israel Lobby are commendable and it is worth noting that the two women are being subjected to harassment by their own Democratic Party in an effort to make them be silent. President Donald Trump, meanwhile, has attempted to make them the face of the Democrats, calling them “Jew haters” and “anti-Semites” while also further claiming that they despise the United States just as they condemn Israel. This has developed into a Trump diatribe claiming that American Jews who vote for Democrats are “disloyal.” By disloyal he meant disloyal to Israel, in a sense ironically confirming that in the president’s mind Jews have dual loyalty, which, of course, at least some of them do.

And Trump has further exercised his claim to the Jewish vote by accepting the sobriquet “King of Israel” bestowed by a demented talk radio host. As Secretary of State Mike Pompeo has already asserted that Trump’s election victory was the result of divine intervention to “save Israel from Iran,” the kingship is presumably an inevitable progression. One can only imagine what will come next.

One Democratic congressman who has apparently become fatigued by all that bipartisan pandering to Israel is Ted Lieu of California. Last Thursday Lieu rebukedTrump’s US Ambassador to Israel David Friedman over his support of Prime Minister Benjamin Netanyahu’s refusal to allow Tlaib and Omar to visit the West Bank where Tlaib’s grandmother lives under Israeli occupation. Friedman had issued a statement saying that the United States “respects and supports” the Israeli action. He went on to elaborate “The Boycott, Divestment and Sanctions (BDS) movement against Israel is not free speech. Rather, it is no less than economic warfare designed to delegitimize and ultimately destroy the Jewish state. [Israel] has every right to protect its borders against those activists in the same manner as it would bar entrants with more conventional weapons.”

As Friedman was describing two thirty-something nonviolent first term congresswomen as nothing less than armed attackers about to be unleashed against the Jewish state because they support a peaceful boycott movement, Lieu apparently felt compelled to courageously respond to the ambassador, tweeting “Dear @USAmbIsrael: You are an American. Your allegiance should be to America, not to a foreign power. You should be defending the right of Americans to travel to other countries. If you don’t understand that, then you need to resign.”

Later that day, on CNN, Lieu explained his objection to Friedman’s actions, saying “Actually, I think he should resign because he doesn’t see to understand that his allegiance is to America, not to a foreign power. He should be defending the right of Americans to go abroad to other countries and to visit their relatives.”

The outrage from the mighty host of friends of Israel came immediately, with accusations that Lieu was accusing Friedman of “dual loyalty,” that greatly feared derogatory label that is somewhat akin to “anti-Semitism” or “Holocaust denial” in the battery of verbal munitions used to silence critics of the Jewish state. Indeed, Lieu was accused of employing nothing less than a “classic anti-Semitic” trope.

Under considerable pressure, Lieu deleted the tweet and then issued something of an apology, “It has been brought to my attention that my prior tweet to @USAmbIsrael raises dual loyalty allegations that have historically caused harm to the Jewish community. That is a legitimate concern. I am therefore deleting the tweet.”

But the reality is, of course, that Friedman does not have dual loyalty. He has real loyalty only to Israel, which he demonstrates repeatedly by uncritically supporting everything the kleptocratic Netanyahu regime does with nary a pause to consider actual American interests. He has supported the weekly slaughter of unarmed Gazan civilians by Israeli sharpshooters, praised the bombing of Syria, pushed for the move of the US Embassy to Jerusalem, applauded the recognition by Washington of Israeli sovereignty over the Golan Heights, and is an active supporter of and contributor to the illegal Israeli settlements on the West Bank. He has even pressured the State Department into ceasing its use of the word “occupation” when describing the situation on the West Bank. It is now “disputed.” So, it is no surprise that David Friedman, formerly a bankruptcy lawyer before he became ambassador, lines up with Netanyahu rather than with two American Congresswomen who, apart from anything else, have good reasons to travel to a country that is the largest US aid recipient in order to see conditions on the ground. To put it mildly, Friedman is a disgrace and a reflection of the character or lack thereof of the man who appointed him. If he had any decency, he would resign.

There is no benefit for the United States when an American Ambassador excuses the brutality of a foreign government, quite the contrary as it makes Washington an accomplice in what are often undeniably war crimes. Even though Congressman Lieu was clearly read the riot act and made to fly right by his own party’s leadership, it took considerable courage to speak up against both Israel and an American ambassador who clearly is more in love with the country he is posted to than the country he is supposed to represent. Of course, in never-any-accountability Washington a buffoon posing as an ambassador as Friedman does will get away with just about anything and, as the subject is Israel, there will hardly be a word of rebuke coming from anyone, to include the mainstream media. But the tweet by Lieu is nevertheless significant. Hopefully he will be among the first of many congressmen willing to put at risk their careers at times to speak the truth.

0 thoughts on “Lying for Israel: Why Nearly Everyone in Washington Does It”