HOME / WORLD / Israel’s man in the House of Representatives 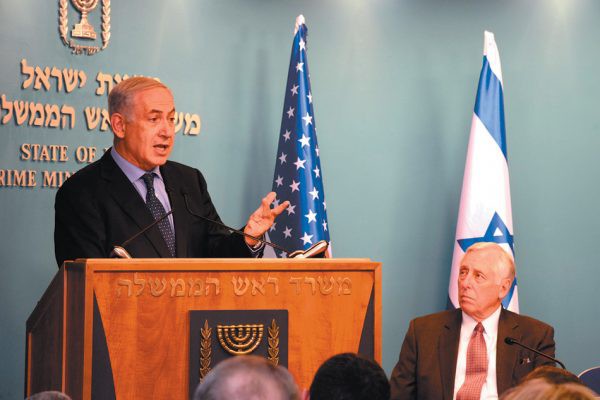 A senior U.S. Congressman has led a delegation of 41 of his Democratic Party colleagues plus spouses on a week-long luxury all-expenses-paid trip to Israel, which is one of the few countries in the world that defines its full citizenship as a matter of race and religion.

It is astonishing that in the wake of the two mass killings in Dayton and El Paso that have been attributed both by the media and the Democrats to “racism,” a senior U.S. Congressman has led a delegation of 41 of his Democratic Party colleagues plus spouses on a week-long luxury all-expenses-paid trip to Israel, which is one of the few countries in the world that defines its full citizenship as a matter of race and religion. House Majority Leader Steny Hoyer of Maryland is, however, apparently tone deaf to some critics of the annual excursion, having made the pilgrimage to Israel more than fifteen times. “I am pleased to join so many House Democrats in traveling to Israel to reaffirm our support for a critical U.S. ally and to continue learning about the opportunities and the challenges facing Israel and the Middle East,” he said shortly before departing for Tel Aviv.

Hoyer did not mention how he had managed to pull together such a large group of co-conspirators in spite of critical issues that need to be confronted at home during recess in town hall meetings, which, due to the trip, will operate on a short schedule if at all. As Majority Leader, he is reported to be skilled at strong-arming new colleagues to compel them to make the trip to demonstrate the loyalty of the U.S. Congress and the Democratic Party to the Jewish state, which is his top priority. According to The Intercept, “Hoyer…uses his power over the House floor agenda to coerce participation. A member who refuses an invitation can find it difficult to have their bills brought to the floor for a vote. ‘His senior staff lock down cooperating members by getting their bills to the floor and punishing non-cooperators,’ said one former representative who rejected the invitation. ‘I was tortured for a decade because I refused to go on that trip…’”

Of course, the Israelis are themselves seasoned professionals when it comes to mass shooting, something that they do every Friday across the fence into Gaza, but they are unlikely to demonstrate their marksmanship to the visiting congressmen. They in any event know that Israel will never be condemned in fora like the United Nations Security Council because of the exercise of Washington’s veto. Hoyer and company are the reason that there is such a veto even though Israel is a serial war criminal and human rights violator, so in a sense he and his Democratic Party friends are the reason why the Jewish state believes itself empowered to behave so badly. And, lest anyone is worried about bipartisanship, the Republicans too have a delegation in Israel headed by House Minority leader Kevin McCarthy consisting of 31 congressmen. The 72 congressmen from both parties constitute one of the largest delegations ever to travel to to the Jewish state.

Hoyer is a bought and paid for Israeli puppet and a big part of his job is to make sure that new Congressmen and women are adequately brainwashed regarding what is going on in the Middle East. Maryland’s Democratic Party has long been dominated by Jews from Baltimore and Montgomery County and Hoyer has successfully cultivated Jewish congressmen to advance his career. He has benefited directly from $320,025 pro-Israel PAC donations to fund his reelection campaigns and has undoubtedly also received generous donations from individual Jews and from organizations not organized as PACs.

Steny Hoyer’s foreign policy votes in Congress have not surprisingly mirrored positions taken by the Israeli government. He supported the attack on Iraq and was in fact very possibly the most prominent promoter of the war among Democrats. When the war became a foreign policy disaster, he muted his approval of it but has continued to vote for funding of U.S. military involvement in both Iraq and neighboring Syria.

Hoyer’s support of Israel is unshakable and he has often appeared and spoken before the American Israel Public Affairs Committee (AIPAC) annual summit. At his most recent appearance this past spring his keynote speech included “I stand with Israel, proudly and unapologetically. So, when someone accuses American supporters of Israel of dual loyalty, I say: accuse me. I am part of a large, bipartisan coalition in Congress supporting Israel. I tell Israel’s detractors: accuse us.” Well, he got that right. He and many other congressmen do suffer from dual or even singular loyalty when it comes to Israel.

In 2007 Hoyer notably called out fellow Democrat Representative Jim Moran for stating correctly that AIPAC “has pushed (the Iraq) war from the beginning.” Hoyer called the statement “factually inaccurate,” which was not the case. He is a supporter of the Israeli illegal settlements, which up until recently was contrary to both U.S. official policy and a number of United Nations resolutions. In January 2017, he was a leading advocate of a House of Representatives resolution condemning the U.N. Security Council Resolution 2334, which called both the settlements and the continued Israeli occupation of Palestinian land as a “flagrant violation of international law and a major obstacle to peace.” Hoyer also has supported President Donald Trump’s move of the U.S. Embassy to Jerusalem, recognizing the city as the Jewish state’s capital.

Israel’s enemies are also Hoyer’s enemies whether or not they threaten the United States. He has declared that an Iran with nuclear weapons is “unacceptable” and supports the use of American military force to deter such a development, ignoring the fact that Israel already has a nuclear arsenal which President John F. Kennedy tried to prevent before he was assassinated. Hoyer also supports keeping a U.S. military presence in Syria in spite of the lack of any threat to the United States from that direction, part of an Israeli plan to divide that country into its constituent tribal and religious parts.

Hoyer’s trip is paid for the “educational” affiliate of AIPAC called the American Israel Education Foundation (AIEF). One might reasonably ask why an organization connected to AIPAC, which describes itself on its website as having the “mission” to “…strengthen, protect and promote the U.S.-Israel relationship in ways that enhance the security of the United States and Israel,” should be able to fund the annual mass migration of congress-critters to promote Israeli interests without having to register as an agent of the Jewish state’s government? The answer is actually quite simple. Congress and the Justice Department have been so corrupted by pro-Israel money and other manifestations of Jewish power that they do not enforce the law when it comes to Israel. Steny Hoyer and venal creatures like him are a large part of why that is so.

Nevertheless, analysis provided by Josh Ruebner at Mondoweiss cites “Dr. Craig Holman, Government Affairs lobbyist for Public Citizen, who drafted the 2007 Honest Leadership and Open Government Act (HLOGA), designed to curb the influence of lobbyist money in congressional travel” as saying that it ‘…is unequivocal that the arrangement between AIEF and AIPAC ‘defies the spirit as well as the letter of the law’.” The law itself prohibits Members of Congress from accepting from any organization with income of at least $13,000 per quarter “that retains or employs 1 or more registered lobbyists…funds earmarked directly or indirectly for the purpose of financing” travel by congressmen or women for longer than one day.

According to Holman, AIPAC, which spent $700,000 in lobbying during the second quarter of 2019 alone, gets around the prohibition by having AIEF, which is a 501(c)3 educational foundation that does no lobbying, do the funding. The loophole to permit congressional junkets beyond the one day is referred to as “the AIPAC loophole,” as its intent was clearly to permit congressional paid-for-by-lobbyists travel to Israel to continue. That the arrangement is essentially fraudulent is revealed by examination of the two entities’ tax returns, which reveals that AIPAC pays the AIEF employees.

The solution to the problem remains simple. Tighten up the Congressional travel rules to eliminate the “AIPAC exemption” while at the same time requiring AIPAC and the other prominent organizations that are part of the Israel Lobby to register under the Foreign Agents Registration Act of 1938, which would open up their finances and lobbying to more intense scrutiny. But, of course, Steny Hoyer and his friends will never allow that to happen.

0 thoughts on “Israel’s man in the House of Representatives”