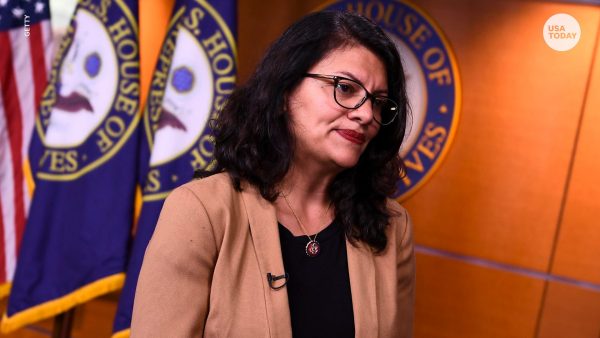 Does anyone remember what the Mueller investigation was all about? It was to determine whether the team surrounding candidate and then president-elect Donald Trump had colluded with a foreign power, presumed to be Russia. It did not discover any such collaboration to get Trump elected president, but it did discover a foreign nation that had directly intervened with key players surrounding president-elect Trump to get them to do it a favor. That country was Israel, but somehow the media never quite managed to pull it all together even if leading public intellectual Noam Chomsky was able to, saying “…if you’re interested in foreign interference in our elections, whatever the Russians may have done barely counts or weighs in the balance as compared with what another state does, openly, brazenly and with enormous support. Israeli intervention in US elections vastly overwhelms anything the Russians may have done, I mean, even to the point where the prime minister of Israel, Netanyahu, goes directly to Congress, without even informing the president, and speaks to Congress, with overwhelming applause, to try to undermine the president’s policies…”

This is how Jewish power works on behalf of the Jewish state. It is done right out in the open, at least if one knows where to look, and it operates by what the intelligence community would refer to as misdirection. That means that you never talk about Israel itself, except in a positive, laudatory fashion, you never mention Jewish power in America, and, finally, you have in reserve some fabricated threats that can be surfaced to dominate discussion and render Israel’s malign activity invisible.

Currently, the Russian threat is the enemy du jour. Even though we now know that “Russiagate” never existed in any serious form, it continues to be hyped by both the Democratic Party and by the accommodating media as the over-the-horizon threat to American democracy. It is now being claimed, minus any real evidence, that the Kremlin has a plan to ruin the upcoming 2020 election by way of nationwide tampering with the voting machines and the electronic tallying procedures. Oddly enough, the states, where the voting actually takes place, have not noticed any attempted Russian interference. As the story goes, if the Russians are successful, no one will have any confidence in the results and the American republican experiment will collapse in ruins.

No one is, of course, asking why Moscow would want to change a United States that, for all its power, is so politically inept and corrupt from top to bottom that it found itself unable to stage a coup in Venezuela. If the U.S. government collapses, it might well be replaced by something more authoritarian and, dare I say, more efficient, that would certainly pose a greater threat to Russia, so why would Putin want that?

Nevertheless, many people who should know better are hyping the threat. I sometimes peruse the Defense One website, a warmhearted place funded by defense contractors where all those people who want to blow up the world can share bon mots and grin about all the money they are making.

Last week I noted a particularly loathesome article on the site “Here’s what foreign interference will look like in 2020,” written by one Uri Friedman, who I presume to be – inevitably – an Israeli. Uri is very upset about all those evil countries that will be/might be interfering in the election, to include Russia, China, Saudi Arabia, Iran, Venezuela, Syria, North Korea and the United Arab Emirates – though he does exclude the one country that is most likely to interfere, which is, of course, Israel. Uri is described as a “a senior associate editor at The Atlantic, where he oversees the Global Channel.” The Atlantic is in fact a media black hole, where all semi-literate journos of a globalist persuasion go to die.

Uri begins with the sub-headline, “The incentives for foreign countries to meddle are much greater than in 2016, and the tactics could look dramatically different” followed by:

“Russia is ‘doing it as we sit here.’ This stray line, buried in seven hours of testimonyon Capitol Hill, wasn’t just Robert Mueller’s way of rebutting the charge that his investigation into the Kremlin’s interference in the 2016 presidential election amounted to a two-year, $32 million witch hunt. It was also a blunt message to the lawmakers arrayed before him, the journalists hunting for a bombshell, and the millions of Americans monitoring the proceedings: We’re all here fighting the last war, when we really should be bracing ourselves for the coming one. The Russians ‘expect to do it during the next campaign,’ the special counsel continued, and ‘many more countries are developing capability to replicate’ Moscow’s model.”

Friedman states that “It’s unclear whether the Russian government will reprise most infamous and innovative act in 2016: the hacking and leaking of emails from the Democratic Party and Hillary Clinton’s campaign” before moving on to the details of Moscow’s alleged subversion. He considers all allegations about Russia to be truthful even when they were never proven. The Democratic National Committee never cooperated with the FBI after their supposed hack, but instead used their own very suspect firm to do the investigation. And the Mueller investigation took that report at face value in spite of the company’s very clear conflict of interest.

That about sums up Friedman’s rather lengthy and convoluted argument, though he does omit any consideration of how many foreign elections the United States government acting through its intelligence agencies interferes in each year. Or indeed how much CIA Director John Brennan and the FBI’s James Comey themselves interfered in the 2016 election on behalf of Hillary Clinton. But he does speculate that “This is the shoe that didn’t drop in 2016. A Senate Intelligence Committee reportreleased in July found that while there’s no evidence that votes were altered or vote tallies manipulated during the past U.S. presidential election, the Russians likely targeted election systems in all 50 U.S. states, including research on ‘election-related web pages, voter ID information, election system software, and election service companies.’ In a couple of cases, the Russians succeeded in breaching state election infrastructure. Among the theories aired in the report about Moscow’s motivations is that it was cataloging ‘options or clandestine actions, holding them for use at a later date.’”

In other words, Friedman actually concedes that Russia didn’t do anything and the evidence that it is planning an attack for 2020 is thin to non-existent. But here in the United States, other foreign agents are hard at work to remove the two Muslim women elected to the House of Representatives in 2018 “for Jewish reasons.”

Philip Weiss of Mondoweiss reports how the tale of powerful Detroit region-based Jews raising money and pulling in political markers to try to defeat Rep. Rashida Tlaib has been circulating on the web. Per Weiss, Ron Kampeas of the Jewish Telegraphic Agency reported on a gathering of Jewish power brokers in Detroit three weeks ago, arranged by a leading Jewish organization, at which they vowed to raise money to get rid of Tlaib because she supports a boycott of Israel. Tlaib is a Muslim woman and is a U.S. born and raised Palestinian-American.

Tlaib responded to the story on twitter: “This type of hate never succeeds when the truth is on our side. Palestinians *are* dehumanized. Those who want to suppress the truth by trying to discredit me can #bringit. My sidy [grandmother in Palestine] taught me of the days where everyone lived side by side in peace & that is what I will fight for.”

The meeting was held at Bloomfield Hills Michigan branch office of the Jewish Federation, the largest Jewish group in the United States. It included many local Jewish leaders and potential political donors who are clearly not bothered by dual loyalty, but it did not appear to include anyone who actually lives in Tlaib’s district. Nevertheless, consensus was quickly established that “the Palestinian-American freshman in the 13th District [Tlaib] has got to go.”

One participant declared “We in this community will go against Rashida Tlaib” while another described how there had already been an approach to Brenda Jones, the Detroit City Council president, who had been defeated in 2018 by Tlaib. Money was being raised for her campaign, according to another participant.

The thinking in the room was that the African-American community in the 13th Congressional District would support a single black candidate — likely Jones — and that candidate would also be able to draw on considerable pro-Israel support for funding and favorable media coverage.

There was some pushback, with a rabbi telling Kampeas that a Jewish organized effort to remove Tlaib would be “catastrophic.” He observed that it would be such an open and blatant demonstration of Jewish power that it would be a major setback to the effort to keep younger, more liberal Jews, who are suspicious of power politics, engaged.

The rabbi was being naïve. Removing politicians who are not fully on board with the Israel agenda is normal practice and has been for many years. Just ask Senators William Fulbright and Chuck Percy or Congressmen Paul Findley, Pete McCloskey, and Cynthia McKinney. Criticizing Israel means not being reelected to Congress next time around, and it is not because Israel is greatly loved by voters. It is because Jewish-American citizens who are protective of Israel are willing to organize and collect money to support alternative candidates in any congressional district in the country, even where they do not reside, just as they plan on doing to Tlaib. Their goal is to defeat anyone who dares to say anything against Benjamin Netanyahu and his gang of war criminals or, even worse, suggest that Palestinians just might be human beings and might actually have rights.

Israel has the most powerful foreign policy lobby in Washington but it operates as freely as it does by pretending that it has no power at all, that American involvement in the Middle East is driven by U.S. interests. That is complete nonsense and has been so for over fifty years as the Lobby has tightened its grip. Until more congressmen like Rashida Tlaib get elected and begin to speak out, the corrupt status quo will, unfortunately, continue to prevail.

How Benny Morris got it wrong on Rashida Tlaib and Palestine

0 thoughts on “Does Israel Interfere in American Elections?”