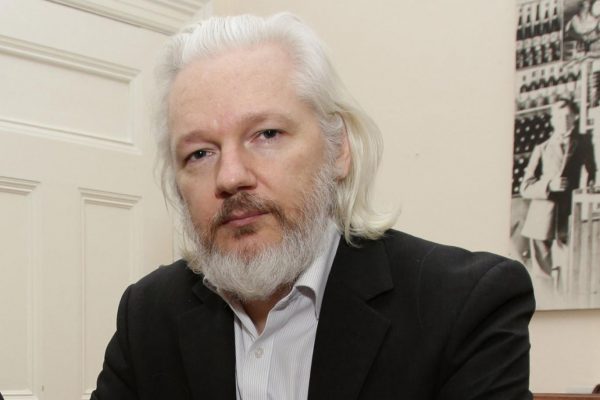 Will the president do the right thing?

The resistance to the apparent election of Joe Biden as President of the United States is continuing to play out. Current President Donald Trump is continuing to fight against the presumed results of the November national election with his final card appearing to be a vote in Congress when it reconvenes on January 6th to throw out the results due to fraud in certain key states. Many have noted how the registration and electoral processes in the United States, varying as they do from state to state, were and are vulnerable to fraud. That, plus some eyewitness testimony and technical analysis, suggests that possibly systematic fraud did take place but it is far from clear whether it was decisive. This is particularly true of the vote by mail option, which was promoted by leading Democrats and which empowered literally millions of new voters with only limited attempts made to validate whether citizens or even real people were voting.

Vote by mail is now one of several options that are appearing to be weaponized by the cash-rich Democrats in the state of Georgia, where two Senate races will be up for grabs in runoff elections on January 5th. If the Democrats obtain both, they will control the Senate through the Vice President’s role in presiding over the upper chamber where she has the tie breaking vote. That will mean that we the voters can expect some dramatic changes as the Democrats respond to their various constituencies with their well enunciated grievances.

In what may be its last weeks in office, the Trump Administration is also exploiting its executive power to pardon to reverse perceived injustices and to protect remaining allies, to include some family members. Trump is already on track to pardon more individuals than any preceding president with 90 pardons issued as of Christmas Eve and many more expected. One of his initial pardons was a notable example of a miscarriage of justice in the case of presidential national security advisor designate Michael Flynn, who was wrongly accused of collaborating with Russia. If anything, he was actually cooperating with a request that came from Israel, which Congress and the media apparently do not regard as wrongdoing.

Trump’s pardon of his daughter Ivanka’s father-in-law Charles Kushner is particularly controversial, as Kushner was a multimillionaire real estate developer and a leading Democratic Party donor when he was convicted in 2005 to two years in federal prison after he pleaded guilty to 18 counts, which included both tax evasion and making illegal campaign contributions. The tale of Charles Kushner is particularly unsavory because he reportedly sought revenge after he learned that his brother-in-law and former business partner was aiding federal authorities. Charles hired a prostitute to seduce his brother-in-law in a New Jersey motel room, making a recording of the encounter using a hidden camera that he then showed to his brother-in-law’s wife, who was, of course, Kushner’s own sister.

Kushner’s prosecution was directed by then-U.S. Attorney Chris Christie, who afterwards became a prominent Trump supporter and head of his transition team before being fired in 2016, apparently per orders originating with Jared Kushner. In a 2019 interview Christie explained “Mr. Kushner pled guilty. He admitted the crimes. And so what am I supposed to do as a prosecutor? I mean, if a guy hires a prostitute to seduce his brother-in-law, and videotapes it, and then sends the videotape to his sister to attempt to intimidate her from testifying before a grand jury, do I really need any more justification than that? I mean, it’s one of the most loathsome, disgusting crimes that I prosecuted. And I was U.S. attorney in New Jersey, so we had some loathsome and disgusting crime going on there.”

Charles Kushner is also a close friend and supporter of Israeli Prime Minister Benjamin Netanyahu, which might also be relevant to his pardon and I will leave any assessment of the ethics of the Kushner clan up to the reader. Nevertheless, the consequence of Jared’s ability to influence the president could be politically damaging as he reportedly has been responsible for many of the pardons that have already taken place and is now the conduit for new petitioners.

Another highly criticized Trump pardon has involved the four Blackwater mercenaries who massacred 19 Iraqis including 2 children firing from a helicopter into a crowded Nisour Square Baghdad in 2007. The president is reportedly very friendly with Blackwater founder and former president Erik Prince, whose sister Betsy DeVos is Education Secretary and also close to the president. But in any event Trump’s pardon record is different only in terms of magnitude from those of some of his predecessors as there have been some highly questionable pardons in the past, to include Marc Rich under Bill Clinton and Elliot Abrams under George W. Bush.

There remains a long list of possible candidates for Trump to sign off on, to include a possible self-pardon, and more pardons for family members Ivanka, Jared and two of his sons as well as his lawyer Rudy Giuliani. Other current and impending pardon recipients have been individuals who were involved in the Trump campaigns, to include Paul Manafort and Roger Stone. Pardons are a particularly attractive pre-emptive option currently as a number of leading Democrats have been calling for “truth commissions” and other forms of punishment of Trump supporters and officials.

The process of issuing presidential pardons will undoubtedly continue up until Inauguration Day on January 20th, but sources are uncertain whether Trump will be courageous enough to pardon the two individuals whose freedom would most definitely be sending a powerful message for integrity in government. They are Julian Assange and Edward Snowden. Both men’s names have been coming up frequently in the alternative media, together with the development of active lobbying groups that are seeking their freedom.

Assange, a journalist and founder of WikiLeaks, is currently languishing in a British prison, where he has been for twenty-one months, awaiting a decision on whether he will be extradited to the United States or not which will reportedly be decided on January 4th. The Department of Justice has claimed that he violated the Espionage Act of 1917 by receiving classified information from Chelsea Manning. Reportedly, Assange’s mental and physical health have deteriorated sharply as he is being held in solitary confinement with only short periods of exercise and without access to reading or writing material to occupy his time. The British judge appears to be completely unsympathetic to Assange and it is generally believed that she will order his extradition if he does not fortuitously die in prison before that could take place.

Snowden, meanwhile, is living in Russia and has been granted citizenship, a country to which he fled by way of Hong Kong in 2013, after revealing to journalists details of a vast and illegal surveillance program run by the National Security Agency (NSA) against American citizens, something he discovered while he was employed as a NSA contractor. He had attempted to raise his concerns with supervisors but was rebuffed and he eventually became a self-declared whistleblower and fled the country. He has repeatedly offered to return to the United States to face trial, but has also insisted that a fair hearing would be impossible under the current circumstances.

It should be observed that Snowden is absolutely correct to assume that he would be convicted both on grounds of espionage and of compromise of classified information. The federal court in Alexandria, where national security cases are usually tried, always finds for the government even if evidence is questionable or even non-existent. A recent conviction involved ex-CIA officer Jeffrey Sterling, who was sent to prison for 42 months even though it could not be demonstrated that he had actually done anything. The court concluded that “it had to be him.”

To be sure, revealing classified information is a serious matter, even though many former government employees would agree that much material that is classified does not actually damage national security if it is revealed. Frequently, classification is used to keep the government from being embarrassed or to shut down any revelation that it has acted illegally. Both Assange and Snowden would argue that they had acted appropriately in revealing war crimes, illegal acts and even violations of the Constitution as consequences of the so-called “global war on terror.” Assange, who regards himself as a journalist, published details of the Blackwater massacre of civilians committed by the crew of a helicopter gunship in Iraq and also was involved in the exposure of the Hillary Clinton emails. Snowden, as noted above, claims to be a whistle-blower and has sought protection under relevant laws in the United States, so far to no avail.

The illegal and otherwise unconscionable acts by various elements in the U.S. government that were exposed by Assange and Snowden include war crimes, so they are not trivial. Trump, having already done a “favor” to Blackwater, might be disinclined to pardon someone who exposed its mercenaries’ crimes. But there is nevertheless, as is often the case, an interesting aspect to the story that is worth paying attention to. Trump, as is widely conceded even by some Democrats, was targeted by the Deep State even before he was nominated, an effort to destroy his presidency that persisted for years through the completely contrived mechanism of Russiagate. Given that, it would behoove Trump to strike back in his waning days in office. Both Assange and Snowden exposed illegal activities and cover-ups by the Deep State, almost certainly to include the active participation of some of the very people who have sought to bring the president down. And they both may have more to say. If Donald Trump seriously seeks to strike a blow against his enemies, it would be both fitting and just to pardon both men on that basis alone. Let us hope that President Trump has both the wisdom and fortitude to take that step in his last days in office.

0 thoughts on “A Pardoning Time of Year”