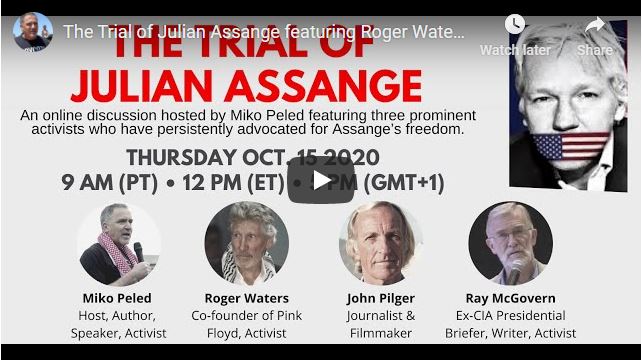 Recently, U.S. prosecutors indicted WikiLeaks founder, Julian Assange on seventeen espionage charges stemming from the disclosure of atrocities committed by the U.S. armed forces in Iraq and Afghanistan. With global consequences directly affecting the freedom of the press, Assange stands to be extradited from the UK to trial to the U.S. under the Espionage Act. In this upcoming online event, author and activist, Miko Peled, speaks with three prominent activists who have persistently advocated for Assange’s release and freedom.