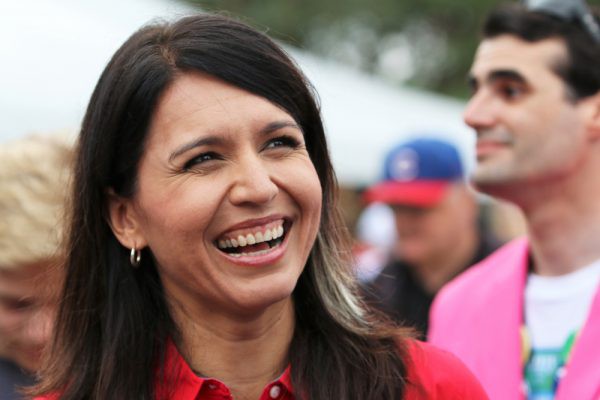 Clinton, McRaven and Pelosi all are featured

There was what might be described as an extraordinary amount of nonsense being promoted by last week’s media. Unfortunately, some of it was quite dangerous. Admiral William McRaven, who commanded the Navy Seals when Osama bin Laden was captured and killed and who has been riding that horse ever since, announced that if Donald Trump continues to fail to provide the type of leadership the country needs, he should be replaced by whatever means are necessary. The op-ed entitled “Our Republic is Under Attack by the President” with the subtitle “If President Trump doesn’t demonstrate the leadership that America needs, then it is time for a new person in the Oval Office” was featured in the New York Times, suggesting that the Gray Lady was providing its newspaper of record seal of approval for what might well be regarded as a call for a military coup.

McRaven’s exact words, after some ringing praise for the military and all its glorious deeds in past wars, were that the soldiers, sailors and marines now must respond because “The America that they believed in was under attack, not from without, but from within.”

McRaven then elaborated that “These men and women, of all political persuasions, have seen the assaults on our institutions: on the intelligence and law enforcement community, the State Department and the press. They have seen our leaders stand beside despots and strongmen, preferring their government narrative to our own. They have seen us abandon our allies and have heard the shouts of betrayal from the battlefield. As I stood on the parade field at Fort Bragg, one retired four-star general, grabbed my arm, shook me and shouted, ‘I don’t like the Democrats, but Trump is destroying the Republic!’”

It is a call to arms if there ever was one. Too bad Trump can’t strip McRaven of his pension and generous health care benefits for starters and McRaven might also consider that he could be recalled to active duty by Trump and court martialed under the Uniform Code of Military Justice. And the good admiral, who up until 2018 headed the state university system in Texas, might also receive well merited pushback for his assessment of America’s role in the world over the past two decades, in which he was a major player, at least in terms of dealing out punishment. He wrote ““We are the most powerful nation in the world because we try to be the good guys. We are the most powerful nation in the world because our ideals of universal freedom and equality have been backed up by our belief that we were champions of justice, the protectors of the less fortunate.”

Utter bullshit, of course. The United States has been acting as the embodiment of a rogue nation, lashing out pointlessly and delivering death and destruction. If McRaven truly believes what he says he is not only violating his oath to defend the constitution while also toying with treason, he is an idiot and should never have been allowed to run anything more demanding than a hot dog stand. Washington has been systematically blowing people up worldwide for no good reasons, killing possibly as many as 4 million mostly Muslims, while systematically stripping Americans of their Bill of Rights at home. “Good guys” and “champions of justice” indeed!

And then there is the Great Hillary Clinton caper. In an interview last week Hillary claimed predictably that Donald Trump is “Vladimir Putin’s dream,” and then went on to assert that there would be other Russian assets emerging, including nestled in the bosom of her own beloved Democratic Party. She said, clearly suggesting that it would be Tulsi Gabbard, that “They’re also going to do third-party again. I’m not making any predictions, but I think they’ve got their eye on someone who’s currently in the Democratic primary and are grooming her to be the third-party candidate. She’s the favorite of the Russians. They have a bunch of sites and bots and other ways of supporting her so far.”

Clinton explained how the third-party designation would work, saying of Jill Stein, who ran for president in 2016 as a Green Party candidate, “And that’s assuming Jill Stein will give it up, which she might not because she’s also a Russian asset. Yeah, she’s a Russian asset — I mean, totally. They know they can’t win without a third-party candidate. So I don’t know who it’s going to be, but I will guarantee you they will have a vigorous third-party challenge in the key states that they most needed.”

Tulsi responded courageously and accurately “Great! Thank you @HillaryClinton. You, the queen of warmongers, embodiment of corruption, and personification of the rot that has sickened the Democratic Party for so long, have finally come out from behind the curtain. From the day I announced my candidacy, there has been a concerted campaign to destroy my reputation. We wondered who was behind it and why. Now we know — it was always you, through your proxies and powerful allies in the corporate media and war machine, afraid of the threat I pose. It’s now clear that this primary is between you and me. Don’t cowardly hide behind your proxies. Join the race directly.”

Tulsi has in fact been attacked relentless by the Establishment since she announced that she would be running for the Democratic nomination. Shortly before last Tuesday’s Democratic candidate debate the New York Times ran an articlesuggesting that Gabbard was an isolationist, was being promoted by Russia and was an apologist for Syria’s Bashar al-Assad. In reality, Gabbard is the only candidate willing to confront America’s warfare-national security state.

The Hillary Clinton attack on Gabbard and on the completely respectable Jill Stein is to a certain extent incomprehensible unless one lives in the gutter that she and Bill have wallowed in ever since they rose to prominence in Arkansas. Hillary, the creator of the private home server for classified information as well as author of the catastrophic war against Libya and the Benghazi debacle has a lot to answer for but will never be held accountable, any more than her husband Bill for his rapes and molestations. And when it comes to foreign interference, Gabbard is being pilloried because the Russian media regards her favorably while the Clinton Foundation has taken tens of millions of dollars from foreign governments and billionaires seeking quid pro quos, much of which has gone to line the pockets of Hillary, Bill and Chelsea.

Finally, one comment about the Democratic Party obsession with the Russians. The media was enthusing last Friday over a photo of Speaker Nancy Pelosi standing up across a table from President Trump and pointing at him before walking out of the room. The gushing regarding how a powerful, strong woman was defying the horrible chief executive was both predictable and ridiculous. By her own admission Pelosi’s last words before departing were “All roads lead to Putin.” I will leave it up to the reader to interpret what that was supposed to mean.