HOME / WORLD / Syria, War, And Elizabeth Warren: More Notes From The Edge Of The Narrative Matrix 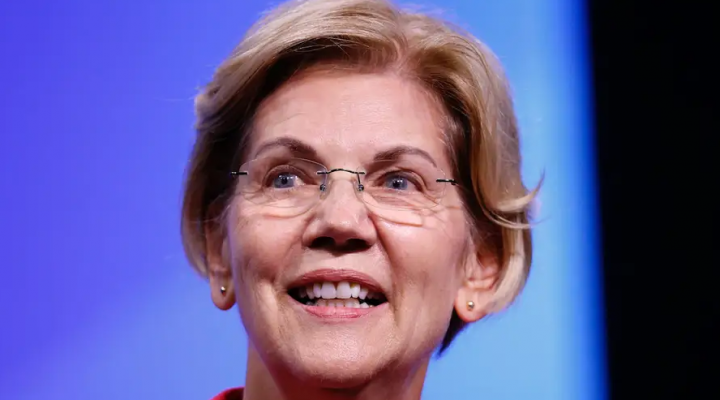 Things have gotten very strange, and they’re going to keep getting stranger. Patterns are dissolving faster and faster, and the little emperors who’ve built their empires on those patterns are having to work harder and harder to hold it all together. Buckle up.

It has been firmly established beyond any doubt that it is now literally impossible for an American political figure to vocally oppose US warmongering without being labeled a Russian agent.

America created Al Qaeda, then hated them after 9/11, then loved them in Syria, now hates them in Syria. They’re like a bad relationship that keeps breaking up and getting back together. It’s like damn America, either end it or put a ring on it.

You might think you’re a rebel, but if you truly wanted to stop being a blind follower and really stick it to the man you’d join up with centrists, right wingers, the US State Department, the CIA, and 100% of all mainstream media to cheerlead for the protesters in Hong Kong.

All abusive relationships have two things in common: abuse and forgiveness. Because without forgiveness, there’d be no relationship. This is especially true of the people’s relationship with government and its controllers. Don’t let them memory hole the evil shit they’ve done.

People like to feel like they support the scrappy underdog in foreign power struggles, but they often fail to account for the hugely important role alliances play. If a nation or group is allied with the US empire, then it’s always the bigger and stronger force, not the underdog. Examples: Cheerleading for US-sponsored anti-government uprisings in Venezuela, Iran etc under the mistaken belief that it’s just people vs government instead of people + empire vs government. Or cheerleading Israel because it’s “surrounded by enemies”.

You can safely eliminate a lot of completely worthless noise from your information feed by ignoring everything either US political party says about earth-shattering revelations which are about to demolish the other party any day now.

Right-wing theories about the deep state trying to remove Trump from office via impeachment are premised on the unexamined assumption that the CIA can orchestrate a major operation at the highest levels of the US government, but doesn’t know how to count Senate seats.

If a known compulsive liar handed you a loaded pistol and told you your neighbor is planning to kill you if you don’t kill them first, you’d tell them to piss off. Yet whenever the political/media class wants to start a war, MSM consumers take the gun over and over again.

War happens when a geostrategically valuable region is inhabited by a populace which desires self-sovereignty.

In case you’re unsure of the difference between America’s two major political parties, one party coddles the wealthy, strips social programs, starts wars, kills the environment and drags the world into Orwellian dystopia, whereas the other party does all of these things also.

Of all the pants-on-head idiotic things that Clintonites say about Jill Stein, perhaps the very stupidest is their belief that Stein voters would have voted for Hillary if there hadn’t been a Green Party candidate. It reveals so much ignorance about left-of-mainstream voters.

I do hope that Sanders supporters aren’t suffering from the delusion that the extremely aggressive Russia smears Tulsi Gabbard is currently being targeted with aren’t going to eventually shift to Bernie.

Both Gabbard’s haters and her supporters treat her foreign policy like it’s something wildly extraordinary, but it’s basically just the mainstream US foreign policy consensus that would have been considered normal in America before 9/11. Which shows how far the Overton window has been moved since then.

Fun fact: After the US establishment subverts democracy to install Warren, the western empire will have two unelected rulers named Elizabeth.

Supporting Assange and supporting Trump are two mutually contradictory positions, since the Trump administration is orchestrating the thing that Assange has spent years trying to avoid. It seems like many Trump supporters do a lot of mental gymnastics to avoid confronting this.

The cause of our world’s problems is that we keep creating systems which elevate psychopaths to official and unofficial leadership positions. Until we create a system which elevates empathy (a world in which psychopaths cannot function), we’ll keep running into the same problems.

It’s so weird how we move through life like it’s no big deal, like “Yeah, just a toothy, fingery ape monster who consumes the life force of other organisms and excretes them out its anus walking around and looking at stuff in a universe that nobody understands, whatever.” I mean, we get THIS. This strange, shimmering, mysterious world full of flying feather beasts and air we breathe parts of into our bloodstreams and electromagnetic radiation which we process with our ocular organs, and people are still waiting around for a miracle. The miracle already happened. The miracle is here. What’s already happening currently dwarfs any miracle anyone is currently praying for by infinity orders of magnitude. And we only get a few years here. So like, I dunno, maybe let’s worry less about wrong people on the internet. By all means push for changes in this world. But never lose sight of the fact that the Really Big Deal in any given moment is not whatever change you’re trying to make, but the fact that this world is here at all, and that you get to stand up and look around in it for a while.

0 thoughts on “Syria, War, And Elizabeth Warren: More Notes From The Edge Of The Narrative Matrix”