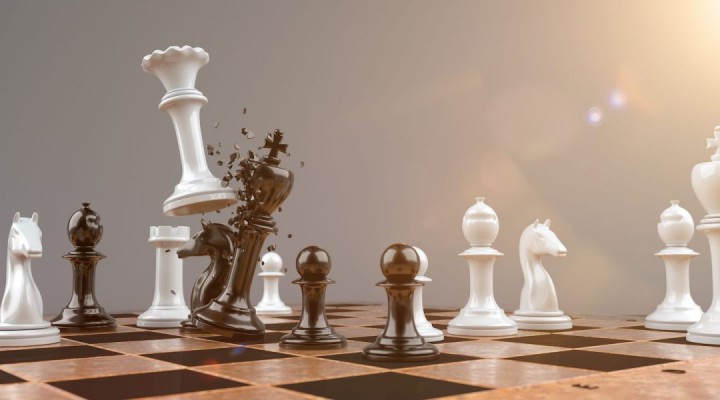 The Eurasian chessboard is in non-stop motion at dizzying speed.

After the Afghanistan shock, we’re all aware of the progressive interconnection of the Belt and Road Initiative, the Eurasia Economic Union (EAEU) and the Shanghai Cooperation Organization (SCO), and of the preeminent roles played by Russia, China and Iran. These are the pillars of the New Great Game.

Let’s now focus on some relatively overlooked but no less important aspects of the game – ranging from the South Caucasus to Central Asia.

Iran under the new Raisi administration is now on the path of increased trade and economic integration with the EAEU, after its admission as a full member of the SCO. Tehran’s “Go East” pivot implies strengthened political security as well as food security.

An inevitable consequence, medium to long term, is that Iran’s renewed strategic security anchored in the Caspian will also extend to and bring benefits to Afghanistan, which borders two of the five Caspian neighbors: Iran and Turkmenistan.

The ongoing Eurasian integration process features a Trans-Caspian corridor as a key node, from Xinjiang in China across Central Asia, then Turkey, all the way to Eastern Europe. The corridor is a work in progress.

Some of it is being conducted by CAREC (Central Asia Regional Economic Cooperation), which strategically includes China, Mongolia, Pakistan, Azerbaijan, Georgia, the five Central Asian “stans” and Afghanistan. The Asian Development Bank (ADB) coordinates the secretariat.

CAREC is not a Chinese-driven Belt and Road and Asian Infrastructure Development Bank (AIIB) body. Yet the Chinese do interact constructively with the Western-leaning, Manila-based ADB.

Belt and Road is developing its own corridors via the Central Asian “stans” and especially all the way to Iran, now strategically linked to China via the long-term, $400 billion energy-and-development deal.

Practically, the Trans-Caspian will run in parallel to and will be complementary to the existing BRI corridors – where we have, for instance, German auto industry components loading cargo trains in the Trans-Siberian bound all the way to joint ventures in China while Foxconn and HP’s laptops and printers made in Chongqing travel the other way to Western Europe.

The Caspian Sea is becoming a key Eurasian trade player since its status was finally defined in 2018 in Aktau, in Kazakhstan. After all, the Caspian is a major crossroads simultaneously connecting Central Asia and the South Caucasus, Central Asia and West Asia, and northern and southern Eurasia.

It’s a strategic neighbor to the International North-South Transportation Corridor (INSTC) – which includes Russia, Iran, Azerbaijan and India –while also connecting Belt and Road and the EAEU.

All of the above interactions are routinely discussed and planned at the annual St Petersburg Economic Forum and the Eastern Economic Forum in Vladivostok, Russia’s top economic meetings alongside the Valdai discussions.

But then there are also interpolations between players – some of them leading to possible partnerships that are not exactly appreciated by the three leading members of Eurasia integration: Russia, China and Iran.

Ay, there’s the rub. A specific problem is that both Turkmenistan and Azerbaijan are members of NATO’s Partnership for Peace – which is a military gig – and also of the Turkic Council, which has embarked on a resolute expansion drive. To complicate matters, Russia also has a strategic partnership with Azerbaijan.

The Turkic Council has the potential to act as a monkey wrench dropped into the – Eurasian – works. There are five members: Turkey, Azerbaijan, Kazakhstan, Uzbekistan and Kyrgyzstan.

This is pan-Turkism – or pan-Turanism – in action, with a special emphasis on the Turk-Azeri “one nation, two states.” Ambition is the norm: The Turkic Council has been actively trying to seduce Afghanistan, Turkmenistan, Ukraine and Hungary to become members.

Assuming the 5+3 idea gets traction that would lead to the formation of a single entity from the Black Sea all the way to the borders of Xinjiang, in thesis under Turkish preeminence. And that means NATO preeminence.

Russia, China and Iran will not exactly welcome it. All of the 8 members of the 5+3 are members of NATO’s Partnership for Peace, while half (Kazakhstan, Kyrgyzstan, Tajikistan and Armenia) are also members of the counterweight, the Russia-led CSTO.

Eurasian players are very much aware that in early 2021 NATO switched the command of its quite strategic Very High Readiness Joint Task Force to Turkey. Subsequently, Ankara has embarked on a serious diplomatic drive – with Turkish Defense Minister Hulusi Aka visiting Libya, Iraq, Kyrgyzstan and Tajikistan.

Translation: That’s Turkey – and not the Europeans – projecting NATO power across Eurasia.

Add to it two recent military exercises, Anatolian 21 and Anatolian Eagle 2021, focused on special ops and air combat. Anatolian 21 was conducted by Turkish special forces. The list of attendants was quite something, in terms of a geopolitical arc. Apart from Turkey, we had Albania, Azerbaijan, Pakistan, Qatar, Kazakhstan and Uzbekistan – with Mongolia and Kosovo as observers.

Once again, that was Pan-Turkism – as well as neo-Ottomanism – in action.

Speculation by Brzezinski nostalgia denizens that a successful 5+3, plus an expanded Turkic Council, would lead to the isolation of Russia in vast swaths of Eurasia are idle.

There’s no evidence that Ankara would be able to control oil and gas corridors (this is prime Russian and Iran territory) or influence the opening up of the Caspian to Western interests (that’s a matter for the Caspian neighbors, which include, once again, Russia and Iran). Tehran and Moscow are very much aware of the lively Erdogan/Aliyev spy games constantly enacted in Baku.

Pakistan for its part may have close relations with Turkey – and the Turk-Azeri combo. Yet that did not prevent Islamabad from striking a huge military deal with Tehran.

According to the deal, Pakistan will train Iranian fighter pilots and Iran will train Pakistani anti-terrorism special ops. The Pakistani Air Force has a world-class training program – while Tehran has first-class experience in anti-terror ops in Iraq/Syria as well as in its sensitive borders with both Pakistan and Afghanistan.

The Turk-Azeri combo should be aware that Baku’s dream of becoming a trade/transportation corridor hub in the Caucasus may only happen in close coordination with regional players.

The possibility still exists of a trade/connectivity Turk-Azeri corridor to be extended into the Turkic-based heartland of Central Asia. Yet Baku’s recent heavy-handedness after the military victory in Nagorno-Karabakh predictably engineered blowback. Iran and India are developing their own corridor ideas going East and West.

It was up to the chairman of Iran’s Trade Promotion Organization, Alireza Peymanpak, to clarify that “two alternative Iran-Eurasia transit routes will replace Azerbaijan’s route.” The first should open soon, “via Armenia” and the second “via sea by purchasing and renting vessels.”

That was a direct reference, once again, to the inevitable International North-South Transportation Corridor: rail, road and water routes crisscrossing 7,200 kilometers and interlinking  Russia, Iran, Central Asia, the Caucasus, India and Western Europe. The INSTC is at least 30% cheaper and 40% shorter than existing, tortuous routes.

Baku – and Ankara – have to be ultra-savvy diplomatically not to find themselves excluded from the inter-connection, even considering that the original INSTC route linked India, Iran, Azerbaijan and Russia.

Two camps seem to be irreconcilable at this particular juncture: Turkey-Azerbaijan on the one hand and India-Iran on the other, with Pakistan in the uncomfortable middle.

The key development is that New Delhi and Tehran have decided that the INSTC will go through Armenia – and not Azerbaijan – all the way to Russia.

That’s terrible news for Ankara – a wound that even an expanded Turkic Council would not heal. Baku, for its part, may have to deal with the unpleasant consequences of being regarded by top Eurasian players as an unreliable partner.

Anyway, we’re still far from the finality expressed by the legendary casino mantra, “The chips are down.” This is a chessboard in non-stop movement.

We should not forget, for instance, the Bucharest Nine: Bulgaria, Czech Republic, Estonia, Hungary, Latvia, Lithuania, Poland, Romania and Slovakia. That concerns a prime NATO wet dream: the latest remix of the Intermarium – as in de facto blocking Russia out of Europe. A dominating team of 5 +3 and Bucharest Nine would be the ultimate pincer in terms of  “isolating” Russia.

Ladies and gentlemen, place your bets.

Sochi probes the Utopia of a multipolar world