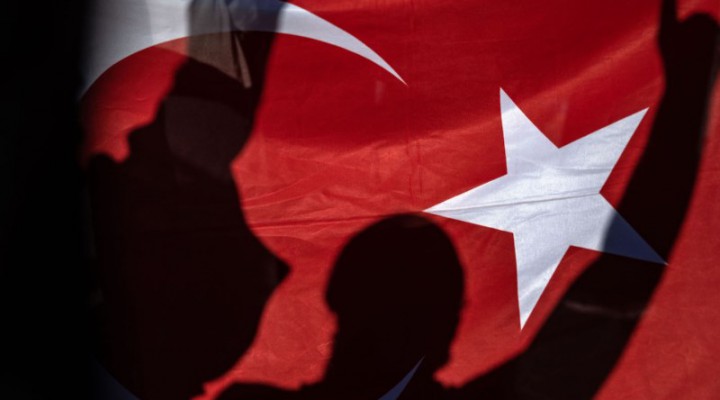 Late afternoon in May 29, 1453, Sultan Mehmet, the third son of Murad, born of a slave-girl – probably Christian – in the harem, fluent in Turkish, Arabic, Greek, Latin, Persian and Hebrew, followed by his top ministers, his imams and his bodyguard of Janissaries, rides slowly towards the Great Church of St Sophia in Constantinople.

It’s unlikely that Sultan Mehmet would be sparing a thought for Emperor Justinian, the last of quite a breed: a true Roman Emperor in the throne of Byzantium, a speaker of “barbarous” Greek (he was born in Macedonia) but with a Latin mind.

Much like Sultan Mehmet, Justinian was quite the geopolitician. Byzantium trade was geared towards Cathay and the Indies: silk, spices, precious stones. Yet Persia controlled all the caravan routes on the Ancient Silk Road. The sea route was also a problem; all cargo had to depart from the Persian Gulf.

So Justinian had to bypass Persia.

He came up with a two-pronged strategy: a new northern route via Crimea and the Caucasus, and a new southern route via the Red Sea, bypassing the Persian Gulf.

The first was a relative success; the second a mess. But Justinian finally got his break when a bunch of Orthodox monks offered him to bring back from Asia some precious few silkworm eggs. Soon there were factories not only in Constantinople but in Antioch, Tyre and Beirut. The imperial silk industry – a state monopoly, of course – was up and running.

A fantastic mosaic in Ravenna from the year 546 depicts a Justinian much younger than 64, his age at the time. He was a prodigy of energy – and embellished Constantinople non-stop. The apex was the Church of St. Sophia – the largest building in the world for centuries.

So here we have Sultan Mehmet silently proceeding with his slow ride all the way to the central bronze doors of St Sophia.

He dismounts and picks up a handful of dust and in a gesture of humility, sprinkles it over his turban.

Then he enters the Great Church. He walks towards the altar.

A barely perceptible command leads his top imam to escalate the pulpit and proclaim in the name of Allah, the All Merciful and Compassionate, there is no God but God and Muhammad is his Prophet.

The Sultan then touches the ground with his turbaned head – in a silent prayer. St Sophia was now a mosque.

Sultan Mehmet leaves the mosque and crosses the square to the old Palace of the Emperors, in ruins, founded by Constantine The Great 11 and ½ centuries before. He slowly wanders the ancient halls, his fine velvet slippers brushing the dust from the fabulous pebbled floor mosaics.

Then he murmurs two verses of a Persian poet:

The owl sings the time of the house of Afrasiab”

Sultan Mehmet is now the Lord of Constantinople and the Lord of the Ottoman Empire. He’s only 21 years old.

Back to the Magic Mountain

Last week, Turkish President Recep Tayyip Erdogan re-christened Hagia Sophia from a museum back into a mosque. He may have done it because his popularity is waning; his proxy wars are a disaster; his AKP party is shattered; and the economy is bleeding badly.

But what’s striking is that right at the beginning of his official televised speech, Erdogan quoted exactly the same verses by the Persian poet murmured by Sultan Mehmet in that fateful afternoon in 1453.

Erdogan’s latest move – which is part of his perennial master plan to claim leadership of global Islam over the decrepit House of Saud – was widely interpreted in myriad latitudes as yet another instance of clash of civilizations: not only Orthodox Christianity vs. Islam but once again East vs. West.

That reminded me of another East vs. West recent derivation: a revival of the Settembrini vs. Naphta debate in Thomas Mann’s The Magic Mountain, promoted by a Dutch think tank, the Nexus Institute, which aims to “keep the spirit of European humanism alive”. The debate pitted Aleksander Dugin against Bernard-Henri Levy (widely known in France as BHL). The full transcript of the debate is here.

Dugin is a leading Eurasianist and the conceptualizer of the – largely banned in the West – Fourth Political Theory . As a philosopher and political theorist, Dugin is cartoonishly demonized across the West as “Putin’s brain”, a closet fascist and “the most dangerous philosopher in the world”.

BHL, hailed as “one of the West’s leading intellectuals”, is a vain poseur who emerged as a “nouveau philosophe” in the mid-1970s and ritually regurgitates the usual Atlanticist mantras enveloped in flowery quotes. He managed, among other feats, to write a book about Pakistan without knowing anything whatsoever about Pakistan, as I thrashed it on Asia Times back in 2002.

Here are a few interesting talking points throughout the debate.

BHL, which seems not to have read his own, dreary, book – this is something Dugin told me in person last year in Beirut, after the debate – prefers to resort to proverbial, infantile Putin bashing, picked up over and over again, stressing “there is a bad, dark wind of nihilism in its proper sense, which is a Nazi and a fascist sense, which is blowing in the great Russia.”

Later on in the debate, BHL adds, “I really believe that there is a link between, on the one side, your and Huntington’s way of thinking; and, on the other side, the occupation of Crimea, the 30,000 deaths in Ukraine and the war in Syria with its bloodbath, tragic and horrible.”

BHL prefers to concentrate on “the civilization of human rights, freedom, individual dignity, and so on. This deserves to be universalized. This should be conceived, except if you are a racist, as profitable for the entire humanity.” And then it’s Anti-Semitism all over again: “All the men who you quoted and from whom you draw your inspiration – Spengler, Heidegger, who is also a great philosopher of course, and others – are contaminated, corrupted, infected by this plague which is antisemitism. And alas – you too.”

In Paris circles, the joke is that the only thing BHL cares about is the promotion of BHL. And everyone who does not agree with one of the “leading Western intellectuals” is Anti-Semitic.

BHL insists he’s interested in building bridges. But it’s Dugin who frames the real heart of the matter: “When we try to build bridges too early, without knowing the structure of the Other – the problem is the Other. The West doesn’t understand the Other as something positive. It is all the same, and we immediately try to find bridges – they are illusions, and not bridges, because we are projecting ourselves. The Other is the same, the ideology of the same. We first need to understand otherness.”

BHL totally ignores Levi-Strauss. It’s Dugin who refers to Levi-Strauss when talking about The Other, describing him as one of his teachers:

“This anthropological pluralism, I agree, is precisely the American and French tradition. But it is not reflected in politics, or it is reflected in a very perverted way. So I think there is a big contradiction between this anthropological thought in American universities and French universities, and a kind of very aggressive colonial neo-imperialist form to promote American interests on the world scale with weapons.”

BHL is left with – what else – Putin demonization: “The real imperialism, the real one who is interfering and sowing disorder and interfering in the affairs of others, alas, is Putin. And I need not speak of America, where it is now proved that there has been a huge, crude, and evident Russian intervention in the electoral process of the last election.” BHL, who does not even qualify as a neophyte in geopolitics, is oblivious to the absolute debunking of Russiagate.

BHL is adamant “there is today a real clash of civilizations. But not the one you mention in your books, between the north and the east and the west and the south and all of that; there is a clash of civilizations all over the planet between those who believe in human rights, in liberty, in the right for a body not to be tortured and martyred, and those who are happy with illiberalism and the revival of authoritarianism and slavery.”

Dugin’s challenge for years has been to try to conceptualize what may come next, after the failure of Marxism, fascism and liberal democracy. As much as he thinks Eurasian, he’s inclusive – incorporating “Euro” with “Asia”. BHL for his part simplistically reduces every “evil” to “illiberalism”, where Russia, China, Iran and Turkey – no nuances – are thrown in the same dustbin alongside the vacuous and actually murderous House of Saud.

Now let’s attempt a light-hearted ending to our mini-triptych on the clash of civilizations. Inevitably, that has to do with the ongoing US-China Hybrid War.

Around two years ago, the following dialogue was a smash hit on Chinese Weibo. The Great Helmsman Mao Zedong – or his ghost – was back in town, and he wanted to know about everything that was goin’ on. Call it a – revisionist? – realpolitik version of the clash of civilizations.

Mao: “Can the people eat their fill?”

Answer: “There’s so much to eat they’re dieting.”

Mao: “Are there still any capitalists?”

Mao: “Do we produce more steel than England?”

Mao: “Did we beat social imperialism (as in the former USSR)?”

Answer: “They dissolved it themselves!”

Mao: “Did we smash imperialism?”

Mao: “And what about my Cultural Revolution?”

0 thoughts on “Clash of Civilizations, Revisited”