HOME / Economy / Belt and Road paranoia will rumble on under Biden 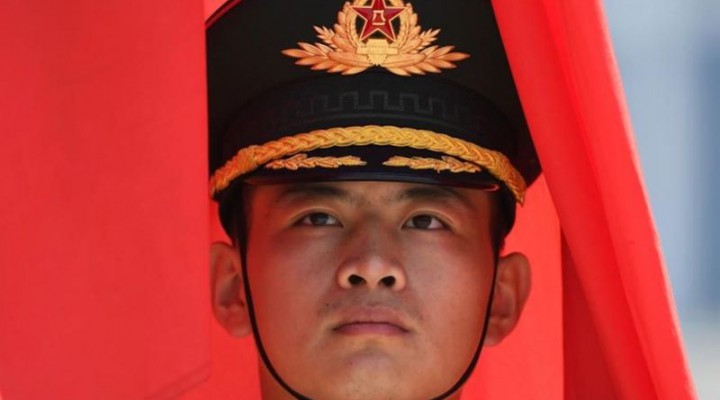 Seven years after being launched by President Xi Jinping, first in Astana and then in Jakarta, the New Silk Roads, or Belt and Road Initiative (BRI) increasingly drive the American plutocratic oligarchy completely nuts.

The relentless paranoia about the Chinese “threat” has much to do with the exit ramp offered by Beijing to a Global South permanently indebted to IMF/World Bank exploitation.

In the old order, politico-military elites were routinely bribed in exchange for unfettered corporate access to their nations’ resources, coupled with go-go privatization schemes and outright austerity (“structural adjustment”).

This went on for decades until BRI became the new game in town in terms of infrastructure building – offering an alternative to the imperial footprint.

The Chinese model allows all manner of parallel taxes, sales, rents, leases – and profits. This means extra sources of income for host governments – with an important corollary: freedom from the hardcore neoliberal diktats of IMF/World Bank. This is what is at the heart of the notorious Chinese “win-win”.

Moreover, BRI’s overall strategic focus on infrastructure development not only across Eurasia but also Africa encompasses a major geopolitical game-changer. BRI is positioning vast swathes of the Global South to become completely independent from the Western-imposed debt trap. For scores of nations, this is a matter of national interest. In this sense BRI should be regarded as the ultimate post-colonialist mechanism.

BRI in fact bristles with Sun Tzu simplicity applied to geoeconomics. Never interrupt the enemy when he’s making a mistake – in this case enslaving the Global South via perpetual debt. Then use his own weapons – in this case financial “help” – to destabilize his preeminence.

Hit the road with the Mongols

None of the above, of course, is bound to serenade the paranoid volcano, which will keep spitting out a 24/7 deluge of red alerts deriding BRI as “poorly defined, badly mismanaged and visibly failing”. “Visibly”, of course, only for the exceptionalists.

Predictably, the paranoid volcano feeds on a toxic mix of arrogance and crass ignorance of Chinese history and culture.

Xue Li, director of the Department of International Strategy at the Institute of World Economics and Politics of the Chinese Academy of Social Sciences, has shown how “after the Belt and Road Initiative was proposed in 2013, China’s diplomacy has changed from maintaining a low profile to becoming more proactive in global affairs. But the policy of ‘partnership rather than alliance’ has not changed, and it is unlikely to change in the future. The indisputable fact is that the system of alliance diplomacy preferred by Western countries is the choice of a few countries in the world, and most countries choose non-aligned diplomacy. Besides, the vast majority of them are developing countries in Asia, Africa and Latin America.”

Atlanticists are desperate because the “system of alliance diplomacy” is on the wane. The overwhelming majority of the Global South is now being reconfigured as a newly energized Non-Aligned Movement (NAM) – as if Beijing had found a way to revive the Spirit of Bandung in 1955.

Chinese scholars are fond of quoting a 13th century imperial handbook, according to which policy changes should be “beneficial for the people”. If they only benefit corrupt officials, the result is luan (“chaos”). Thus the 21st century Chinese emphasis on pragmatic policy instead of ideology.

Rivaling informed parallels with the Tang and Ming dynasties, it’s actually the Yuan dynasty that offers a fascinating introduction to the inner workings of BRI.

So let’s go for a short trip back to the 13th century, when Genghis Khan’s immense empire was replaced by four khanates.

We had the Khanate of the Great Khan – which turned into the Yuan dynasty – ruling over China, Mongolia, Tibet, Korea and Manchuria.

We had the Ilkhanate, founded by Hulagu (the conqueror of Baghdad) ruling Iran, Iraq, Azerbaijan, Turkmenistan, parts of Anatolia and the Caucasus.

We had the Golden Horde ruling the northwestern Eurasian steppe, from eastern Hungary to Siberia, and most of all the Russian principalities.

And we had the Chaghadaid Khanate (named after Genghis Khan’s second son) ruling Central Asia, from eastern Xinjiang to Uzbekistan, until Tamerlane’s rise to power in 1370.

This era saw an enormous acceleration of trade along the Mongol Silk Roads.

All these Mongol-controlled governments privileged local and international commerce. That translated into a boom in markets, taxes, profits – and prestige. The khanates competed to get the best trading minds. They laid out the necessary infrastructure for transcontinental travel (13th century BRI, anyone?) And they opened the way for multiple East-West, trans-civilizational exchanges.

When the Mongols conquered the Song in southern China they even expanded overland Silk Roads trade into Maritime Silk Roads. The Yuan dynasty was now controlling China’s powerful southern ports. So when there was any kind of turbulence overland, trade switched to the seas.

The key axes were through the Indian Ocean, between south China and India, and between India and the Persian Gulf or the Red Sea.

Cargo was traveling overland to Iran, Iraq, Anatolia and Europe; by sea, through Egypt and the Mediterranean, to Europe; and from Aden to east Africa.

A slave trade maritime route between the Golden Horde’s ports on the Black Sea and Egypt – run by Muslim, Italian and Byzantine traders – was also in effect. The Black Sea ports transited luxury merchandise arriving overland from the East. And caravans traveled inland from the Indian coast during dangerous monsoon seasons.

This frantic commercial activity was the proto-BRI, which reached its apex in the 1320s and 1330s all the way to the collapse of the Yuan dynasty in 1368 in parallel to the Black Death in Europe and the Middle East. The key point: all the overland and maritime roads were interlinked. 21st century BRI planners benefit from a long historical memory.

“Nothing will fundamentally change”

Now compare this wealth of trade and cultural interchange with the pedestrian, provincial, anti-BRI and overall anti-China paranoia in the US. What we get is the State Dept. under exiting Mike “We Lie, We Cheat, We Steal” Pompeo issuing a paltry diatribe on the “China challenge”. Or the US Navy recommissioning the First Fleet, probably to be based in Perth, to “have an Indo-Pac footprint” and thus maintain “maritime dominance in an era of great power competition”.

This is about funding for the Pentagon next year – to be supervised in theory by the new Raytheon General, Lloyd Austin, the last “commanding General” of the US in Iraq who run CENTCOM from 2013 to 2016 and then retired for some juicy revolving door gigs such as the board of Raytheon and crucially, the board of ultra-toxic air, water, soil polluter Nucor.

Austin is a revolving door character who supported the war on Iraq, the destruction of Libya, and supervised the training of Syrian “moderate rebels” – a.k.a. recycled al-Qaeda – who killed countless Syrian civilians.

The NDAA, predictably, is heavy on “tools to deter China”.

1. A so-called “Pacific Deterrence Initiative (PDI), code for containment of China in the Indo-Pacific by boosting the Quad.

3. An offensive against “debt diplomacy”. That’s nonsense: BRI deals are voluntary, on a win-win basis, and open to renegotiation. Global South nations privilege them because loans are low-interest and long-term.

4. Restructuring global supply chains which lead to the US. Good luck with that. Sanctions on China will remain in place.

5. Across the board pressure forcing nations not to use Huawei 5G.

Director of National Intelligence John Ratcliffe has already set the tone: “Beijing intends to dominate the US and the rest of the planet economically, militarily and technologically”. Be afraid, very much afraid of the evil Chinese Communist Party, “the greatest threat to democracy and freedom worldwide since World War II”.

There you go: Xi is the new Hitler.

So nothing will fundamentally change after January 2021 – as officially promised by Biden-Harris: it’s gonna be Hybrid War on China all over again, deployed all over the spectrum, as Beijing has perfectly understood.

So what? China’s industrial production will continue to grow while in the US it will continue to decline. There will be more breakthroughs by Chinese scientists such as the photonic quantum computing – which performed 2.6 billion years of computation in 4 minutes. And the 13th century Yuan dynasty spirit will keep inspiring BRI.