HOME / WORLD / ‘US has destroyed its own hegemony’ 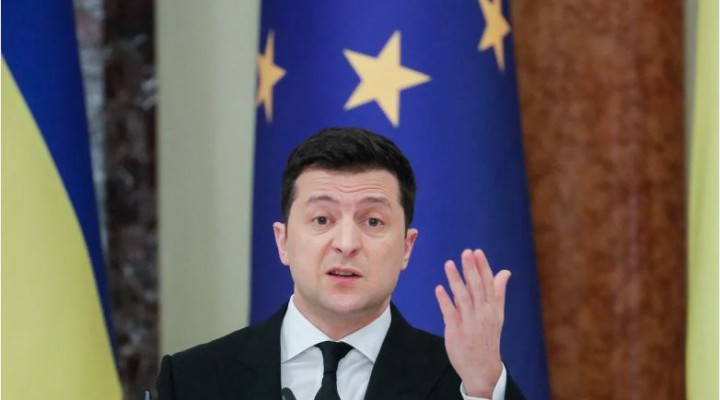 Paul Craig Roberts was the US assistant secretary of the Treasury for economic policy under president Ronald Reagan. He was a driver behind the economic policy of the first term of the Reagan administration and was lauded as the “economic conscience” of the president.

After leaving the government, Roberts held the William E Simon Chair in Political Economy at the Center for Strategic and International Studies between 1983 and 1993, was a distinguished fellow at the Cato Institute between 1993 and 1996, and served on several corporate boards.

A former associate editor at The Wall Street Journal, Roberts is the author of several books including The Supply Side Revolution: An Insider’s Account of Policymaking in Washington (Harvard University Press, 1984), The Capitalist Revolution in Latin America (Oxford University Press, 1997), The Failure of Laissez Faire Capitalism and Economic Dissolution of the West (Clarity Press, 2013), and The Neoconservative Threat to World Order: Washington’s Perilous War for Hegemony (Clarity Press, 2015), to name a few.

Following are excerpts of an interview of Roberts.

Adriel Kasonta: After almost six months of the conflict in Ukraine, it appears that the Western predictions about Russia’s defeat and ultimate humiliation are not materializing.

Although many pundits proclaim that Russia’s actions have “reinvigorated NATO” or “revitalized the West’s liberal order,” the economic and military blow the collective West has suffered due to its proxy war against Moscow would rather suggest otherwise. What is your take on that?

Russia’s leadership was more or less trapped in its desire to be an equal and respected member of the West, so much so that the Kremlin ignored the writing on the wall, accepting insult after insult, provocation after provocation. Russia was eager to accept any insult in order to gain Western membership.

The West’s response to the Kremlin’s limited military operation to rescue the Donbas Russians from military attacks and political oppression was met by the West with illegal gangster sanctions, essentially blatant theft, and with Washington and NATO entering the war on Ukraine’s side by supplying billions of dollars in money and weapons and by providing intelligence and targeting information to Ukrainian military forces.

This brought the Kremlin back to reality and stopped all the appeasing, weak-kneed talk about “our Western partners.” It finally dawned on [President Vladimir] Putin and [Foreign Minister Sergey] Lavrov that they had no Western partners, only enemies.

Consequently, the Kremlin began doing what it should have done years ago – disengaging from the West and from Western economic and political institutions. Finally, the Kremlin is looking for partners where they actually exist – China, India, Iran, and the US-abused countries in Latin America and Africa. Russia, China, India and Iran can easily organize the non-Western world against the corrupt and disintegrating West.

In contrast, Europe, tied to Washington’s apron strings, is suffering high inflation and the collapse of profitable business relationships with Russia because of the sanctions. The Kremlin, taking pity on the American-captured countries of Europe, still supplies some energy, but the sanctions are driving Europe away from low-cost Russian energy to uncertain high-cost energy.

The economic dislocations could even wake up the insouciant European populations to the fact that their governments represent Washington, not them. This could lead to the rise of new political forces, of which the Dutch and Italian farmers’ protests are indications, that could force European governments into representing their own peoples instead of Washington’s economic and foreign-policy interests.

If Russia could wake up to her opportunity, turn off the energy, and conquer all of Ukraine in a lightning attack, NATO would collapse. Europeans would realize that NATO is a joke that cannot stand one minute before a Russian onslaught.

AK: The official narrative says that Russia has been isolated on the world stage since the international community supports the Western view of the situation in Ukraine. Again, if we pay close attention to what is actually taking place, it looks that many countries support, or at least refrain from condemning, the Kremlin’s actions. Why is that?

The entire world has seen that a determined people can successfully resist Washington’s military. After 20 years the “superpower” was unable to defeat a few thousand lightly armed Taliban and had to call it quits.

The United States has not won a war since its 1898 defeat of Spain in Cuba and the Philippines.

As Mao [Zedong] recognized decades ago, Washington is a “paper tiger.” In the early 1950s a Third World North Korean and Chinese army fought the “superpower” to a standstill.

Today the US Army is dysfunctional.

AK: Amnesty International recently published a report on the use of civilians as human shields by Volodymyr Zelensky’s regime, and CBS released a documentary titled “Arming Ukraine” that suggested shipments of weapons to the country from the US were missing.

Immediately after, both Amnesty and CBS were condemned and forced either to apologize for causing “distress” or to retract the content “to update” it. What is actually going on here?

PRC: Anyone in the US who reports news accurately is forced to recant. Truthful information is no longer permitted in the United States of America.

AK: As we can see, the US economic and military resources are used to satisfy foreign countries’ needs at the expense of the US taxpayers faced with a nearly 41-year-high inflation rate of 9.1%. Is it fair to argue that the American people are no longer masters of their own destiny? If this statement is true, what is the root cause?

PCR: The vast bulk of the American people are insouciant, gullible, brainwashed souls who believe they live in the greatest country, the freest country, the most successful and most powerful country. Nothing but years of suffering, which seems to be their future, will bring them out of their delusions.

AK: The US withdrawal from Afghanistan was allegedly driven by the need to “end the endless wars.” Surprisingly, we can see that the US elites are keen to replace the needless wars in the Middle East with an even more disastrous simultaneous confrontation with two great nuclear powers, Russia and China.

Does it make sense? What are the chances of the US succeeding in a war with Moscow and Beijing?

PCR: In a war with Russia and China, the US would cease to exist. The US military is no match for either separately. The last time the US won a war was in 1898 against feeble Spain.

AK: Can the US hegemonic decline be reversed?

PCR: Washington itself has destroyed its hegemonic position. Since the Bretton Woods Agreement following World War II, Washington’s power has rested on the US dollar as world reserve currency. The dollar’s predominance has allowed the US to pay its bills by printing money.

This privilege was secure until the idiot Biden regime’s sanctions began driving the world away from the use of the dollar and away from dollar clearing systems such as SWIFT.  Once the US dollar becomes just another paper currency, American power collapses.

The Masque of Pandora

The Drums of War Beat Louder

The great power rivalry will continue to grow

The Real One-World Government Conspiracy Is US Unipolar Hegemony

0 thoughts on “‘US has destroyed its own hegemony’”