The Real One-World Government Conspiracy Is US Unipolar Hegemony 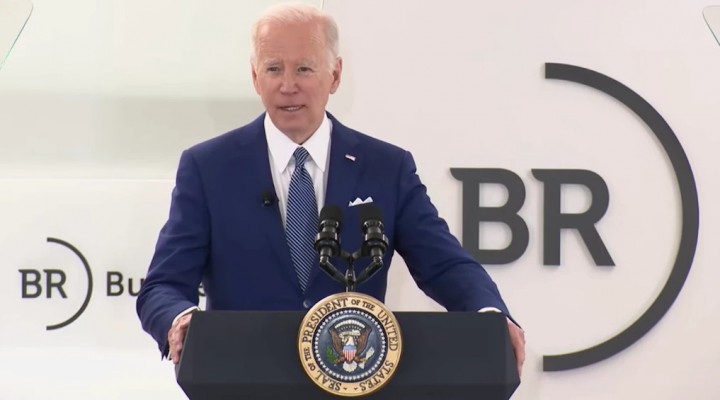 NATO Secretary General Jens Stoltenberg has announced that he expects NATO will be deepening its relationship with its “partners” in the Asia-Pacific because China has not condemned Russia’s invasion of Ukraine.

“We see that China has been unwilling to condemn Russia’s aggression, and has joined Moscow in questioning the right of nations to choose their own path,” Stoltenberg said at a press conference on Tuesday. “At a time when authoritarian powers are pushing back on the rules-based international order, it is even more important for democracies to stand together, and protect our values. So I expect we will agree to deepen NATO’s cooperation with our Asia-Pacific partners, including in areas such as arms control, cyber, hybrid, and technology.”

Some “Asia-Pacific partners” named by Stoltenberg in his speech include “Australia, Japan, New Zealand and the Republic of Korea.” He also named “Georgia, and Bosnia and Herzegovina” as additional non-NATO “partners” of the military alliance.

As the late scholar on US-Russia relations Stephen Cohen explained years before the Ukraine crisis erupted in 2014, Moscow sees NATO as an “American sphere of influence,” and the expansion of NATO and NATO influence as expansion of that sphere. As the “North Atlantic” Treaty Organization continues to expand its influence and intimacy with “partners” surrounding China, we can probably expect Beijing to take a similar view.

Gen. Milley Says Risk of Conflict ‘Between Great Powers’ Is Increasing
The Pentagon has plans to buildup forces near both China and Russia
by Dave DeCamp@DecampDave #Milley #China #Russia #Ukraine #WWIII https://t.co/q29AIM43DQ pic.twitter.com/4IMsVw88v8

Also on Tuesday, Chairman of the Joint Chiefs of Staff General Mark Milley told the House Armed Services Committee that the US needs to prepare for significant conflict with both Russia and China, echoing Stoltenberg’s comments about the “rules-based international order”.

“We are now facing two global powers: China and Russia, each with significant military capabilities both who intend to fundamentally change the rules based current global order,” Milley said. “We are entering a world that is becoming more unstable and the potential for significant international conflict is increasing, not decreasing.”

As we’ve discussed previously, these newspeak terms “rules-based international order” and “rules-based global order” really mean nothing other than “Washington-based global order”. It is wordplay designed to sidestep less convenient terms like “international law”, which is very clearly defined and not nearly as subject to US control as these other terms which mean nothing other than whatever the US empire wants them to mean.

People lost their minds when President Biden uttered the phrase “new world order” last month and were quickly informed by mainstream “fact checkers” that this does not validate longstanding conspiracy theories about an elite agenda to create a one-world government. In reality, though, the real agenda to create a one-world government is not some hidden conspiracy involving secret societies and shadowy figures with Jewish surnames. The US empire is openly working to unite the planet under a single power structure which effectively functions as one government in many ways.

BIDEN: "There's going to be a new world order out there and we have to lead it." pic.twitter.com/jNfUmUO80p

Back when the United Nations was being formed in 1945, Albert Einstein wrote hopefully about the possibility of a future one-world government and believed the primary obstacle to its emergence was the fact that the Soviet Union would resist joining it. Einstein therefore concluded that the best thing would be for other nations to band together under a “partial world Government… comprising at least two-thirds of the major industrial and economic areas of the world.”

And what’s interesting is that this is pretty much what ended up happening. The United States, along with the oligarchs and government agencies who run it, has become the hub of a vast undeclared empire unified not under an official imperial flag but under a network of alliances, treaties, “partnerships”, predatory loans and secret deals which other governments are encouraged to sign on to by varying degrees of coercion, with the understanding that if they don’t join up they will find themselves facing the wrath of the empire. Nations like China, Russia, Iran, North Korea, Cuba, Bolivia, Syria and Venezuela have wholly resisted being brought underneath this power umbrella, while the remainder of the world has fallen into varying degrees of membership within the undeclared empire.

This is the real one-world government conspiracy. The one with the most tangible reality behind it which most directly affects our lives. You don’t need to plunge down a bunch of paranoid rabbit holes to see it, you just have to watch the news with an understanding of which governments are part of this giant power structure and which ones have refused to be absorbed into it. It explains pretty much everything you see on the world stage.

Stoltenberg: NATO will expand cooperation with partners in Asia-Pacific region due to China's refusal to condemn Russia's operation in Ukraine. https://t.co/HVXq4vFbad pic.twitter.com/GwBDM6APWm

Virtually every major international news story, underneath all the imperial narrative spin, is nothing other than the story of a giant US-centralized power structure working to incorporate more and more nations under its umbrella and smash any nation which refuses by any means necessary. Once you really see this you can never unsee it, because it tracks so consistently all across the spectrum. And once it’s seen, the major international conflicts being focused on by the imperial media will never again be confusing to you.

The US-centralized empire is continually working to unify the world under one power structure, and if it someday succeeds the result will not functionally be different from a one-world government. The problem, of course, is that some nations are resisting this agenda, and the ones who have been most successful in that resistance are armed with nuclear weapons. The agenda to secure total global domination at all cost is literally risking the life of every organism on this planet, and tensions along this front are only continuing to escalate.

The entire argument for a “rules-based international order” led by the United States is that it makes the world a more peaceful and harmonious place, but this argument is nullified by the omnicidal nature of the very measures which must be taken to secure that world order. US unipolar hegemony doesn’t make the world more peaceful, it makes it more dangerous. It cannot be maintained without nonstop violence and steadily escalating nuclear brinkmanship. “Pax Americana” is a lie.

The competition-based models that have been normalized for humanity are going to wipe us all out if we don’t change them very soon. Nations cannot keep waving armageddon weapons at each other because a few manipulators in the US Beltway convinced decision makers that they should rule the world. We cannot keep feeding our ecosystem into the gears of an insatiable capitalism machine that will collapse if it doesn’t continually expand.

We are going to have to find a way to move into collaboration-based systems with each other, with other nations, and with our environment. This way of living on this planet is utterly unsustainable.

A Once in a Century Opportunity