They Convicted an Innocent Man 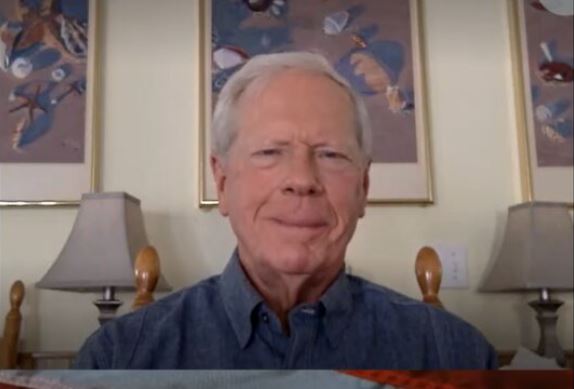 Tuesday afternoon, a jury convicted former Minneapolis Police Officer Derek Chauvin of three counts of murder and manslaughter of George Floyd.  Former Assistant Treasury Secretary and award winning journalist Dr. Paul Craig Roberts (PCR) says, “This was a show trial essentially. . . .  Chauvin did not have a fair trial. . . . The media convicted an innocent man, and the jury was too fearful to stand on the evidence, and that was the story of the trial.”

PCR points out, “At the trial, the bloodwork showed that George Floyd had three times the fatal dose of Fentanyl.  There was also evidence given that Fentanyl causes breathing problems.  In fact, an overdose stops you from breathing and kills you.  It also came out that Floyd had breathing problems before he was restrained on the ground.  Police videos showed Floyd was complaining about breathing when he was sitting in back of the squad car, and he asked to get out.  The most surprising thing was the police video of Floyd being restrained showed that Officer Chauvin’s knee was not on Floyd’s neck, it was on his shoulder blade. . . . The video the media showed over and over again had ‘camera perspective bias.’  So, how you see something is what the camera perspective is. . . . The Chief of Police, who had already condemned Chauvin for having his knee on Floyd’s neck, when he saw the body cam video (from the police perspective), he was then asked on the stand what his opinion was, and he said he had not seen that.  He also said Chauvin’s knee was on the shoulder blade of Floyd.”

The mainstream media never showed that video from the police perspective that shows Chauvin’s knee on Floyd’s shoulder blade.  According to PCR, “There was an abundance of evidence that there was at least reasonable doubt that Office Chauvin was not guilty of the charges. . . . So, why did they (the jury) convict?  I think fear. . . . If you were on that jury and there was a mistrial or a verdict of not guilty, you knew your name would be leaked out and they would reveal who you are and Antifa and Black Lives Matter would be on your lawn threatening your life. . . . You knew you would face threats, and your house may be burned down.”

PCR says mainstream media tried Chauvin in public, and he was “never going to get a fair trial” no matter where it was conducted.  PCR sums up the trial and the outcome by saying, “It was a situation where the evidence could not matter.  The evidence had already been established by the media with ‘camera perspective bias’ the media showed for weeks and months, and the whole world was convinced that Chauvin killed Floyd with his knee on his neck. . . . This was a false fact, but it was far more powerful than the evidence in the courtroom.”

Will Evidence Matter in Chauvin’s Trial?

No Fair Trial for Officer Chauvin

0 thoughts on “They Convicted an Innocent Man”