HOME / Economy / The Federal Reserve Has Misdiagnosed the Cause of Inflation

The Federal Reserve Has Misdiagnosed the Cause of Inflation 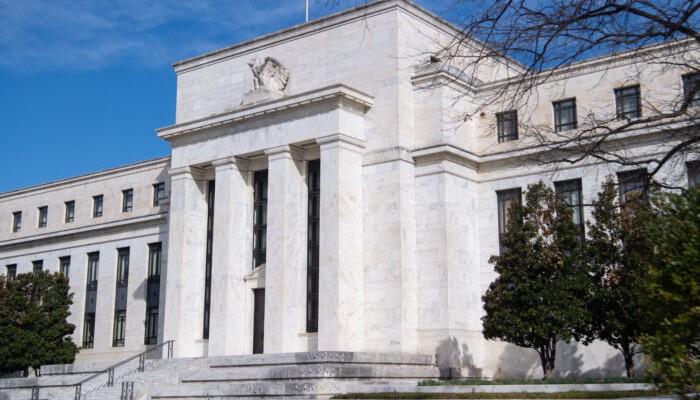 Among reports of large companies laying off workers and forebodings of a recession, the prestige automaker Rolls Royce announced it sold in 2022 the largest number of cars in its history.

“The USA was once again the marque’s largest overall market,” stressed the corporation’s statement.

On the same day, Federal Reserve Board Chairman Jerome Powell told a conference held by Sweden’s central bank that the average American would have to pay for reining in the inflation caused by the Federal Reserve’s outpouring of money since 2008 until the recent change to a rising interest rate policy.

Powell is correct about this. A recent Gallup poll found that inflation and higher interest rates cause financial hardship for 55 percent of U.S. citizens. But not for Rolls Royce purchasers, whose riches grew during the decade of Federal Reserve monetary expansion. (The least-expensive Rolls Royce cost $311,900 in 2022.)

Before we go further, it’s necessary to understand two things:

Whereas the Federal Reserve Board chairman always speaks as if the institution is operating for the benefit of the American people, ensuring full employment and restraining inflation, the Federal Reserve is acting in the interest of Wall Street and the large banks.

The Federal Reserve is raising interest rates, because Powell thinks, mistakenly, that the current inflation is caused by excessive consumer spending. Pundits say the COVID payments spurred consumer demand, but, in fact, they only, and perhaps only partly, compensated for the lost wages and salaries of the mandated lockdowns.

The Federal Reserve, despite the success of the Reagan administration in curing stagflation with a supply-side policy, still thinks only in terms of demand’s influence on the economy. Therefore, the Federal Reserve Board thinks the inflation is due to excessive consumer demand and is raising interest rates to curtail spending.

Powell doesn’t understand that the current inflation is the result of (1) the lockdowns that reduced production, collapsed supply chains, and shrunk the amount of goods and services available for purchase, thus driving up the price of the reduced supply of goods; and (2) the sanctions against Russia that broke up supply chains and pushed up the price of energy and all energy-related goods.

What we’re experiencing is a supply-side inflation due to the curtailment of output. The Federal Reserve’s high interest-rate policy only worsens the situation, because the higher interest rates are a supply constraint and further reduce the output available to meet consumer demand.

So we have a situation where the Federal Reserve is fighting inflation in a way that worsens the problem, while the higher interest rates reduce home ownership in the United States.

The consequence is obvious: More worsening of the distribution of income and wealth.

Consumer Spending Is Not the Cause of the Current Inflation

The economic outlook is just another manipulation

Is the Federal Reserve Merely Incompetent or Is There a Dark Agenda?