Consumer Spending Is Not the Cause of the Current Inflation 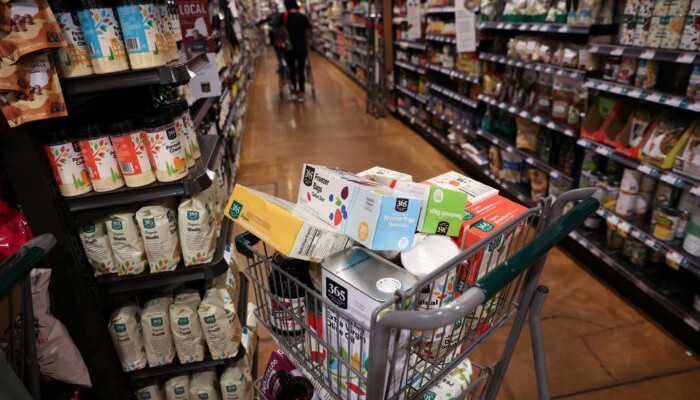 In a previous article, I pointed out that the current inflation is the result of lockdowns and sanctions, which reduced supply. Another factor is opportunistic behavior by companies. With the Federal Reserve and media harping on inflation, it’s an opportunity for companies to raise prices as the blame is placed on inflation and not on corporate behavior or greed. I have noticed in the food supermarket that I use that some prices haven’t risen at all, and others have risen a multiple of the reported inflation rate, with some doubling in price.

Perhaps the Federal Reserve is worried about the unintended consequences of the sanctions placed on Russia, which are having serious effects on Europe rather than on Russia. The sanctions have encouraged the move away from the use of the U.S. dollar to settle trade differences between countries, with the dollar’s use shrinking toward being the reserve currency only of the Western part of the world, while other parts of the world are beginning to settle accounts in their own currencies. A shrinkage in the dollar’s use lowers its exchange value relative to other currencies, and the Federal Reserve might see higher interest rates as a way of supporting the value of the dollar. A lessening of the dollar’s use as a world reserve currency might explain the decline in the dollar index from 114 last September to 102 on Jan. 13.

Alternatively, the Federal Reserve might see higher interest rates as an inducement to foreigners to continue to finance the massive $1 trillion-plus U.S. budget deficits by purchasing U.S. Treasuries.

When the Federal Reserve makes mistakes as it did when it caused the Great Depression by allowing the U.S. money supply to shrink, or when financial speculation threatens the system with bankruptcy requiring Federal Reserve rescue, it’s the people who suffer the consequences.

The Federal Reserve Has Misdiagnosed the Cause of Inflation

The economic outlook is just another manipulation

Is the Federal Reserve Merely Incompetent or Is There a Dark Agenda?