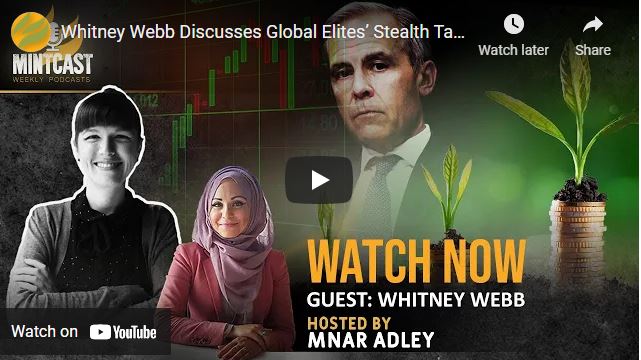 A cartel of international bankers is attempting to use the climate crisis to rewrite international capitalism for their own benefit.

As world leaders, celebrities, business moguls and activists alike descended on Scotland for the COP26 climate summit, behind the scenes powerful financial groups were and are attempting to rewrite the rules of international trade and to privatize nature under the guise of sustainability.

While there has been a great deal of finger pointing, the enormous and tangible changes necessary to steer the planet away from devastation are yet to appear. The world is still on course to warm 2.4°C above pre-industrial levels by the end of the century, according to a report from Climate Action Tracker. Anything above 2°C is generally considered to be catastrophic and could lead to societal collapse across the globe.

While high politics has understandably made the headlines, a cartel of international bankers is attempting to use the crisis to rewrite international capitalism for their own benefit.

Our guest today, Whitney Webb, has been monitoring these developments carefully. In an article published earlier this month, she wrote:

The most powerful private financial interests in the world, under the cover of COP26, have developed a plan to transform the global financial system by fusing with institutions like the World Bank and using them to further erode national sovereignty in the developing world.”

Webb is a writer, researcher and journalist who, between 2017 and 2020, was a staff writer and senior investigative reporter for MintPress News. She currently writes at The Last American Vagabond and Unlimited Hangout. Today, she also discussed a recent article she wrote entitled “Wall Street’s Takeover of Nature Advances with Launch of New Asset Class.” Under the guise of promoting sustainability, the global financial elite are attempting to force through more privatizations of the natural world, to the point where nature itself — the system that sustains human life — will have a value assigned to it (and will therefore be able to be bought and sold).

Describing this as “a new way to loot,” Webb outlines how businesses could attempt to extract rents from us for the water we drink and air we breathe; a very visceral form of late-stage capitalism.

Join us today for a free-flowing conversation on these important and worrying topics.

‘We’re Fighting for System Change, That’s What It’s Going to Take to Stop This Climate Crisis’