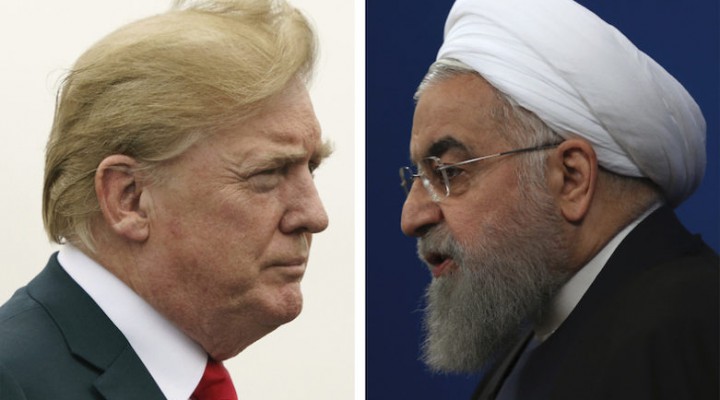 As the US and Israel squeeze Iran, it is more important than ever to comprehensively address the opposing grievances throughout the region

The risk that tensions in the Gulf will escalate into a major regional conflict has made a Middle Eastern security architecture essential: it the best possible answer to another, more threatening structure, the Middle East Security Alliance, also known as “Arab NATO”.

The latter is the name commonly used to identify the informal grouping of the US, Israel and some Arab states, engaged in promoting “peace and stability” in the Middle East by squeezing Iran and its allies and “solving” the Palestinian question through the “deal of the century”. This strategy, however, risks triggering a major regional conflict.

Could a better agreement have been reached? Possibly, but the nuclear deal was a compromise, not a panacea

The Middle Eastern security architecture should aim to prevent this, comprehensively addressing the opposing grievances throughout the region.

The first step is to achieve clarity on what negotiations with Iran, culminating in the 2015 nuclear deal, were supposed to achieve. Secondly, all players must be ready to give up some of their ambitions, interests, obsessions and distorted views; the enduring zero-sum game must be put aside.

The Iran nuclear deal was not meant to address Iran’s regional behaviour or its conventional military programme, but rather to prevent a possible military evolution of Tehran’s legitimate civilian nuclear programme.

The deal, negotiated extensively for years by top diplomats and experts, did not impose on Iran any commitments beyond those with which Tehran has been scrupulously complying until last month, as repeatedly certified by the IAEA.

Now that Iran has started reducing its compliance, a year after the US withdrew from the deal, it has done so in accordance with the agreement’s legal framework, specifically articles 26 and 36. The deal was not intended to change Iran’s political alliances in the region or to modify its views and policies about Iraq, Yemen, Syria, Lebanon or Israel-Palestine.

The deal’s main aim, at least from a Western standpoint, was to address the concerns of Israel and some Arab countries about a potentially nuclear-armed Iran. Despite US and Israeli claims, this result was achieved via the 2015 deal. Even some Israeli security experts recognise the agreement’s counter-proliferative value.

Could a better agreement have been reached? Possibly, but the nuclear deal was a compromise, not a panacea – and in a compromise, both sides must give up some of their aspirations. The alternative is war or diktat; for both outcomes, no negotiations are required.

If the aim now is to address Iran’s regional behaviour and missile programme, a much more comprehensive and complex negotiation process is required. It would touch on the multifaceted crises in different areas with the awareness that they are all inextricably connected, and must be dealt with simultaneously, and not in sequence.

The benchmark would have to be the famous “nothing is agreed until everything is agreed”, to deny the numerous spoilers on both sides any chance to disrupt the negotiations.

If a fair and lasting deal is sought, there should be no room for the double standards or self-celebratory claims of moral superiority, exceptionalism or manifest destiny on either side.

On the part of the US, it should make up its mind as to what it aims to achieve in the region, and stop outsourcing the assumptions of its regional policy to Israel and Saudi Arabia. Peace, stability and security, as well as real US interests, will neither be promoted nor safeguarded if Washington continues to grant unwavering support to Israeli and Saudi policies that are detached from reality.

The US administration must reconcile, sooner rather than later, the fact that both its soft and hard powers are in a slow-motion decline, irrespective of President Donald Trump’s ambitions to “make America great again” (MAGA).

Washington must also finally come to terms with the 1979 Iranian Revolution and its consequences. The stabilisation of the Middle East can be achieved only with Iran’s cooperation.

Furthermore, the US establishment should rely more on Arab streets and less on Arab courts if it wishes to get a realistic picture of the regional mood and fine-tune its policies accordingly.

If Trump is re-elected, what happens in the Middle East will determine the MAGA strategy’s success, considering how much US blunders in the region have contributed to the perception of the country’s declining power.

Ultimately, Trump’s legacy could also be defined by his capability to spare his country its third regional war in less than three decades, whether accidental or staged by its regional allies.

A good Middle Eastern security architecture is the best antidote to such a risk.

Israel, meanwhile, cannot pretend to erase the Palestinian cause through the US “deal of the century”, push for regime change in Iran as desired by US National Security Adviser John Bolton, and at the same time maintain peace and security for its own people in a Jewish state. This is hubris, not sound policy.

Although Israeli Prime Minister Benjamin Netanyahu has brilliantly enlisted US Evangelical Christiansand some Arab Muslim leaderships to support the Zionist project, it cannot be enough to fulfil his dream, and the costs could be astronomical.

While the evangelicals comprise tens of millions of voters who can affect a US presidential election, Israel’s Arab allies are a restricted group of elites ruling over states in which they do not necessarily reflect the will of their people – and who could face in the future even more worrisome existential threats than that posed by Iran. Israeli strategists should not underestimate this eventuality.

This is the second in a series of three articles.

0 thoughts on “Why we need a Middle Eastern security architecture: Part II”