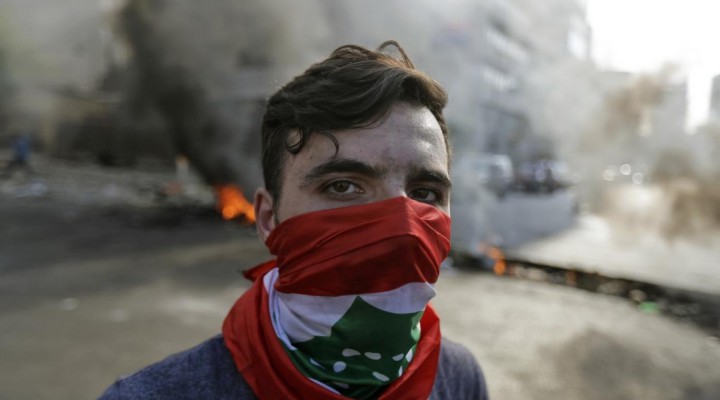 A great deal of media spinning has attempted to portray these demonstrations as an anti-Iranian, anti-resistance revolt

The wave of protests shaking the world resembles a global uprising against neoliberalism. This could be a sign of the insoluble crisis of the Western model, and of its inexorable decline.

As usual, the picture in the Middle East region is far more complex. In Algeria and Sudan, protests have led to leadership changes; in Libya, Syria and Yemen, the fighting continues with terrible human costs. In the Gulf, fears are rising over a confrontation with Iran, with some attempting a detente. Meanwhile Turkey has launched a dangerous and bloody military operation in Syria’s Kurdish region.

Iran now faces its own protests sparked by a 50 percent rise in fuel prices that have angered a population already suffering the severe impact of US sanctions. At the same time, Tehran continues to slowly reduce its commitments to the nuclear deal in response to US “maximum pressure” and EU passivity and bias.

The protests in Iraq and Lebanon, while domestic in origin, could yet have dire geopolitical consequences in the framework of an enduring confrontation between the so-called “Arab NATO” and “the Axis of Resistance” led by Iran and comprising Syria, Iraq and Lebanon, which is shaping regional dynamics.

There is little doubt that the protests in these two countries have spontaneous origins, triggered by the local elites’ catastrophic governance. They have not been able to fulfil the most basic needs of the vast majority of the population, who have grown exhausted by the absence of basic services – such as water, electricity and job opportunities – and by open, and outrageous, forms of corruption.

Behind such legitimate and genuine protests, however, there could also be a hidden agenda, aimed at manipulating public rage to score political points.

It is no secret that the current political structure in Iraq centres on a political majority based largely on Shia-inspired parties sensitive to neighbouring Iran, while in Lebanon, pro-Iranian Hezbollah is a major power broker. This represents a thorn in the side of the US, Israel and the Arab countries affiliated with them (Arab NATO). The Axis of Resistance has systematically opposed the Pax Americana in the the Middle East.

Along with Iran, both Iraqi pro-Iranian political forces and militias and Hezbollah have pointed to a plot behind the protests. Even the highest Shia religious authority, Grand Ayatollah Ali al-Sistani, issued a statement hinting at a possible plot.

There is no conclusive evidence to sustain such claims, but there has been a great deal of media spinning in an attempt to portray these protests as an anti-Iranian, anti-Hezbollah revolt especially in Saudi-funded media outlets.

Spinning and manipulation might be intellectually dishonest, but they are not a crime. Using deliberate acts and resources to drive a popular protest towards civilian warfare is, however – and unfortunately, Lebanon and Iraq are not immune from such a risk.

At the same time, the Axis of Resistance bears significant responsibility for the current situation. In recent years, by omission, compromise or connivance, its members have contributed to the abysmal governance failures and corruption affecting both Iraq and Lebanon.

In Lebanon, Hezbollah might not have been part the corruption scheme, but the silence it has maintained towards its corrupt political partners in government cannot be justified. In Iraq, the corrupt system put in place since the US occupation seems to have permeated all political forces.

The fundamental mistake made by these political forces, and by their supporters in Tehran, was to believe that the resistance against the Islamic State group (IS) on the one hand, and against the US, Israel and their Arab partners on the other, was sufficient to maintain consensus among their constituencies.

They have probably failed to live up to a fundamental principle of Shia Islam: support for the poor and disenfranchised. Ensuring a dignified existence is a core component of the struggle against oppression and injustice, and one of the main drivers of Shia political Islam.

Yet, if some die-hard armchair warrior in Arab NATO is thinking they will profit from such mistakes and failures by attempting to shift the region’s political dynamics, they may be on the verge of yet another fatal miscalculation, confirming an inability to learn from previous mistakes.

If a new civil war is ignited in Iraq or Lebanon, in the end, after a bloodbath, only the more resilient and determined groups will prevail – and these might well be the members of the Axis of Resistance.

No US, European or Arab troops would be deployed on the ground to take sides. Air strikes and drones would not work. Pursuing hybrid warfare through additional financial sanctions would only lead to collapse in Lebanon; in Iraq, it would further increase the Iranian, Russian and Chinese presence in the country.

If an implosion with catastrophic consequences should occur, the Lebanese population affiliated with, or sympathetic to, Hezbollah – unlike their more affluent compatriots of other political or confessional groups – would have nowhere to go; they would fight and resist until the bitter end. The same goes for many Iraqi Shia.