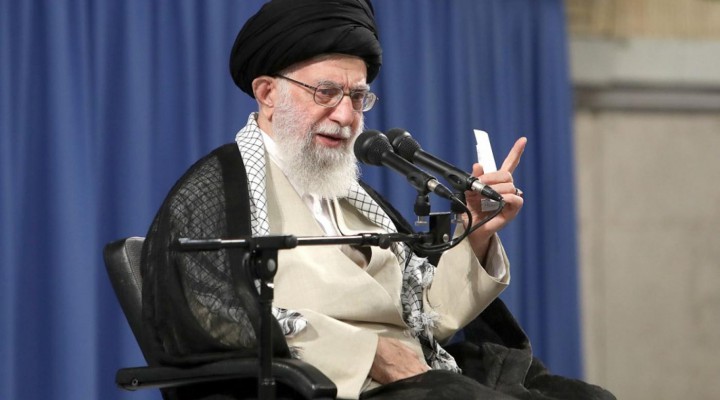 Although Trump seeks a new deal with Tehran, his tactics risk sparking a new war

The confrontation between the US and Iran risks ending up as a zero-sum game, with miscalculation or further escalation as the only possible, dangerous outcomes.

US President Donald Trump has no appetite for war, but he intends, through renewed sanctions, to force Iran back to the negotiating table and get a new and better nuclear deal than the one signed in 2015.

He believes that his unique negotiating skills – sharpened in Manhattan’s real-estate industry, and to which he also dedicated a book – will achieve this goal.

The problem is that in such a process he could wind up in a new conflict, rather than reaching a new deal.

Trump’s key aides, notably Secretary of State Mike Pompeo and National Security Adviser John Bolton, have bigger ambitions; they aim to ensure that the sanctions will lead Iran towards collapse, hopefully presaging regime change or a reckless reaction that could trigger a conflict with a similar outcome.

The US military, devoid of any political leadership since the resignation of former defence secretary James Mattis, appears cautious. It could understandably be reluctant and too exhausted to fight a third war, after Afghanistan and Iraq, against a more formidable foe.

Israel, Saudi Arabia and some radical fringes of Iran’s power structure seem to be recklessly underestimating the costs and consequences of a conflict

Washington’s allies in the region also hope Trump’s policy will ultimately produce regime change in Tehran. At the same time, Russia and China – also signatories to the nuclear deal – reject unilateral US sanctions, but are probably unwilling to provide practical support to Iran in the event of a conflict.

Of course, they would be ready to profit, especially if the US were really to bleed itself out in its third war in the Middle East in less than two decades.

Europe feels caught between the hammer of Trump’s policies and the anvil of its own rising populism. The UK, France and Germany, the other signatories to the nuclear deal, have not shown the leadership that such a serious situation requires. In the end, EU member states always prioritise their relationship with the US over their relationship with Iran, even if the former is primarily responsible for the current crisis.

Iran, for its part, seems to have no qualms about a military conflict; the downing of a US drone in the Strait of Hormuz was a strong signal in this regard. Tehran has affirmed that if it is not allowed to export its oil, no other Gulf nation will be, and indicated that in the event of a military confrontation, US allies in the region would not be spared.

Further, this week Iran has declared that it has exceeded the limits of the agreed uranium enrichment under the 2015 deal following an ultimatum on 7 June.

Those who should be urging caution are either without political guidance (the Pentagon), uncertain (European countries) or waiting and seeing (Russia and China). By contrast, Israel, Saudi Arabia and some radical fringes of Iran’s power structure seem to be recklessly underestimating the costs and consequences of a conflict.

None of the US hawks and warmongers have offered a reasonable scenario regarding what regime change in Iran might really mean in terms of costs, casualties and destruction. A chilling deja vu recalls the months leading up to the US invasion of Iraq in 2003.

There is also no indication as to how, and within what time frame, a new negotiation could “improve” the existing nuclear deal and satisfy both parties. If Trump believes he can achieve this before the 2020 election, he is probably deluding himself. Iran is deeply distrustful after Washington’s withdrawal from the original deal.

The only “position paper” circulated so far has been Pompeo’s 12 points, which Iran views as a call for regime change through diplomatic means.

This specular brinkmanship could easily get out of hand, as no one wishes to lose face. For Trump, already campaigning for 2020, backtracking again could be difficult after the aborted retaliatory strikefor the US drone downing. The same is true for the contending factions in Tehran, in the run-up to next spring’s legislative elections.

Perhaps this sabre-rattling is aimed at getting better leverage for a forthcoming negotiation, but miscalculation abounds in the Middle East. Even today, the fundamental lessons on how Europe wentinvoluntarily into the First World War should figure prominently in the assessment of any policy options.

Iran’s strategic patience seems to be running out. After waiting months for a concrete European answer to the US withdrawal from the nuclear deal, and then longer for the Instex trade mechanism to be operational, there is now a risk that this European move could be too little, too late for Tehran.

Iran’s exceeding of the uranium enrichment limits could prove to be a gift to the US – and, to some extent, to the deal’s European signatories. They could ignore the fact that this latest Iranian move may not be considered a material breach of the nuclear agreement, making it the perfect justification for an escalation, and thus vindicating US hawks and providing European countries with a way out of their current dilemma.

If there is a conflict, it will be long and nasty. But while Trump would compromise his re-election chances, Iran and its neighbours could see their entire future ruined.