HOME / WORLD / Is Europe sleepwalking towards the abyss in Ukraine? 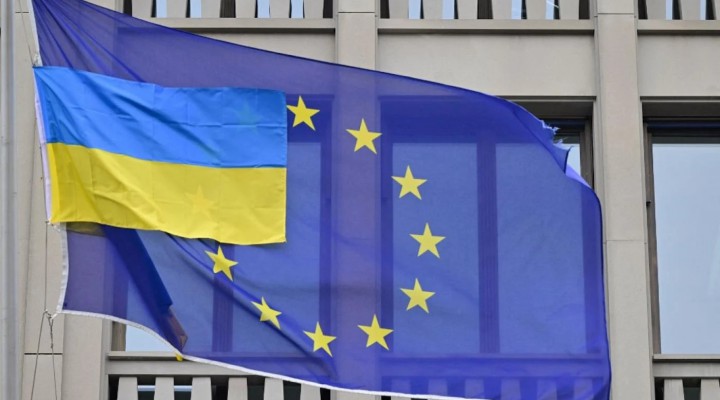 The First World War marked the beginning of Europe’s political and military decline. After four centuries of Europe’s domination as a world power, the war opened the door to the American century and ended at least three European empires: Hapsburg, German, and Russian.

Europe completed its self-marginalisation as a global actor in the Second World War. The destruction of Germany unleashed the global hegemony of the US, its bipolar competition with the Soviet Union, and the progressive liquidation of the last two European empires, British and French.

In retrospect, both wars appear to have been well-executed suicide attempts by Europe. And the future annals of history will probably remember 24 February 2022 as a watershed – the year Europe tried a third time to write itself off.

The European Union abandoned any attempts to play a diplomatic role in preventing the Russia-Ukraine war or promoting a negotiated solution. It speaks volumes that the only diplomatic attempts to contain the crisis, which will likely shape Europe’s future security architecture, have been made by Israel and Turkey.

The EU appears to be sleepwalking towards the abyss, gripped by a fatal mixture of blindness and groupthink. All it has done is implement a cascade of sanctions dictated by the US, which will ultimately penalise Europe’s broader economy and harm its competitiveness. In political and security terms, the EU has transformed itself into an institutional ancillary to Nato.

The end of the Cold War saw the Atlantic alliance struggling for its raison d’etre, a situation that lasted three decades. In February, Russian President Vladimir Putin gave it a new lease of life.

European leaders throw their hands up in frustration at the suggestion that Putin’s brutal invasion was provoked by Nato’s eastward expansion over the last several decades. And it is true that there is no justification for the scenes we have all been witnessing; this bloody and destructive war, and the atrocities committed by Russian troops, will remain a deep stain on Russia’s history for decades to come.

At the same time, there is no justification for what the EU has done – or rather, has not done – about Ukraine since 2014, when it was evident that the situation was a ticking time bomb.

The low-intensity but brutal war in the Donbas, and the failure to implement the Minsk agreements, were bound to eventually explode.

Across Europe, only French President Emmanuel Macron has been relentlessly working to define a new security architecture between the EU and Russia. He is now engaged in a tight campaign for his second presidential term against right wing populist Marine Le Pen, who has always advocated stronger bonds with Moscow.

In the US, Donald Trump’s four-year presidency marked perhaps the last and best opportunity for the EU to provide a solution to the Ukraine crisis, leveraging the country’s neutrality towards Nato in exchange for its entry into the EU. Trump was uninterested in European politics and supremely relaxed about Putin, with whom he kept warm personal relations.

But when the Biden administration took over in early 2021, any chance for a settlement with Russia was doomed.

Notwithstanding Crimea’s annexation and the secessionist self-proclamations of the Donetsk and Luhansk regions, it would be an oversimplification to summarise the last eight years in Ukraine as merely a product of Russian bullying. The real story is far more complex, and when it comes to the root causes, no player emerges with clean hands.

To be sure, Ukraine has the sovereign right to determine its own foreign policy and international alliances. But is Russia also entitled to have its security concerns recognised? Of course, the West might legitimately claim that Russia’s security concerns are a pretext, or that they cannot be promoted through a bloody war. Yet, while this is true, western democracies have repeatedly underwritten long and bloody wars launched by the US thousands of miles from its borders, on the pretext of defending national security.

Is it really unacceptable for Russia to claim a similar right, especially when it is acting just beyond its own borders? Those who dismiss such questions as “whataboutism” are once again subscribing to the double standards that have tarnished the reputation of western democracies around the world.

Beyond bland denunciations of Russia at the UN and its suspension from the Human Rights Council, Europe should take note of the rest of the world’s reluctance to join sanctions against Moscow. This is a sign of deep unease.

The political and media climate in Europe has become poisonous. Any attempt to explain the historical roots and complexity of the Ukraine conflict is impossible. If western nations persevere in accepting that the rules of the US-led world order are valid for everyone except the US, it should not be surprising that many nations are advocating for a different, fairer world order.

Europe’s ancillary role to Nato, however, is not its biggest problem. In recent days, its leaders have moved to increase military spending to two percent of GDP, as has long been asked by the US and Nato. The US military-industrial complex will benefit significantly from this huge increase in military spending.

The extra spending comes as European countries already face mounting debt due to the enormous resources mobilised to face the Covid-19 pandemic and its dramatic economic fallout over the past two years.

Governing western economies amid so many adverse factors presents a difficult balancing act between reining in inflation and avoiding a recession – a dilemma that, incidentally, will be shared by both American and European economies, regardless of what happens to Putin.

To make an already difficult situation worse, the EU is cutting Russia off as its energy supplier. This will not be easy, quick, or cheap. Liquefied natural gas produced by the US and Qatar is delivered by ships, requires large and costly regasification plants, and is neither as abundant nor as cheap as the natural gas currently delivered from Russia. EU consumers will thus pay a heavy price if the EU gets its gas from Qatar and the US.

The combination of inflation, increased interest rates, and higher commodity prices could seriously affect the competitiveness of European industries and businesses, damaging their global market share and, consequently, their balance sheets.

In the meantime, European leaders are not presenting a reassuring perspective to the public – a situation that could fuel public unrest in the coming days.

If the EU had ever planned to balance the claims of rival superpowers by promoting a multilateral world order for the benefit of all economies, particularly emerging ones, it is now clear it has thrown such ambitions out the window, tying its fortunes only to Washington – which may soon be unrecognisable.

Washington and Moscow Vie for the Stupid Prize

0 thoughts on “Is Europe sleepwalking towards the abyss in Ukraine?”