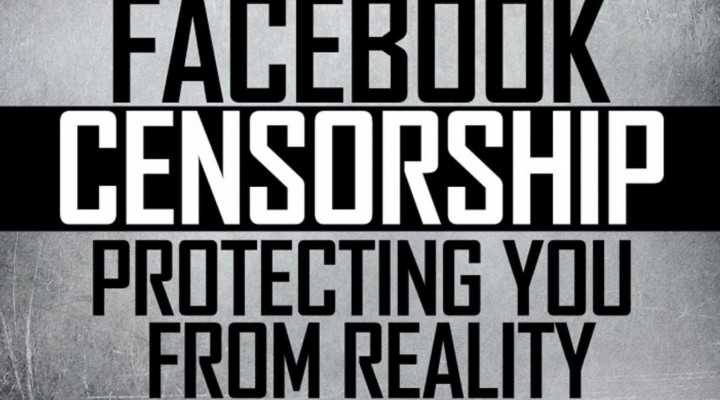 … from the Directorate of the Institute of Oriental Studies, of the Russian Academy of Sciences

In late July, under the pretext of fighting “deceptive publications” Facebook deleted the official page of the New Eastern Outlook analytical discussion journal of the Institute of Oriental Studies of the Russian Academy of Sciences.

This page created back in 2010 would allow this journal to communicate with its readers for almost a decade. Without providing any pretext, yet another American media site – Twitter joined the silencing effort headed by Facebook in a bid to suppress an alternative outlook on the events that are taking place in the world today.

There’s no denying that those actions constitute yet another Western attempt to trample freedom of speech in a truly Orwellian fashion that would certainly make senator Joseph McCarthy proud. These steps constitute a rather cynical assault on dissident voices that are only getting worse with each passing year.

There’s little doubt that by doing this both Facebook and Twitter have taken a step detrimental to the state of the international scientific and public discussion, as NEO remains popular with keen readers in over a hundred countries around the globe.

No solution can be found to the most pressing challenges of today both in the West and the East without an honest discussion of the events that are taking place around the globe. And it’s clear that both Twitter and Facebook are not interested in the search for such solutions as they’re trampling freedom of speech without any concern for the matters of international peace.

From Wikipedia: (Itself used by Israeli cyber warfare to smear everything decent and honest in the world)

The Institute of Oriental Studies of the Russian Academy of Sciences (RAS) history began in 1818, when an Asiatic Museum under the Imperial Academy of Sciences was set up in St. Petersburg. It was a depository of oriental manuscripts, a museum with exposition for visitors, a scientific and organizing center for oriental studies as well as a library for academic research.

At the beginning of the 20th century, by the 100th anniversary of its foundation, the Asian Museum became a major Oriental center with a collection of manuscripts in 45 oriental languages and a library. In 1929-30 the Oriental Department of the Academy of Sciences was reorganized, and the Institute of Oriental Studies was created on the basis of the Museum under the Academy of Sciences of the USSR.

In 1950 the institute was transferred to Moscow. At the end of the 1950s the institute became a center of oriental studies, the largest one in the USSR. Iosif Amusin was a noted research fellow at the institute around this time.

Now, the Institute of Oriental Studies of the Russian Academy of Sciences is a research center where history and culture, economics and politics, languages and literature of the countries of Asia and North Africa are studied. The chronology covers all periods of the history of the Orient – from antiquity to the present day. About 500 experts work there.

Conferences of the institute include:

The institute develops contacts with the Indian Council for Social Sciences Researches and with some universities of India, with the International Association for Mongol Studies as well as with the scientific and non-governmental organization of Arab countries (e.g. ALECSO).

The institute founded the Oriental University (www.orun.ru), which trains experts in regional studies and orientalists for scientific and teaching work, public service, to work at international organizations and commercial enterprises, etc. The programs of training, textbooks and original methods have been worked out by the scholars of the Institute of Oriental Studies.

Partnerships in international programs of scientific cooperation, research projects and publishing programs, representation in academic institutions of near and distant foreign countries, participation in international expeditions, conferences and seminars, teaching activity abroad in the sphere of Orientalism, training courses of members of the Institute at foreign universities and visits of trainers from abroad, membership in international Oriental associations and in societies of business, cultural and humanitarian cooperation.

There are scientific contacts with Turkey, India, Egypt, Japan, Iran, and China.