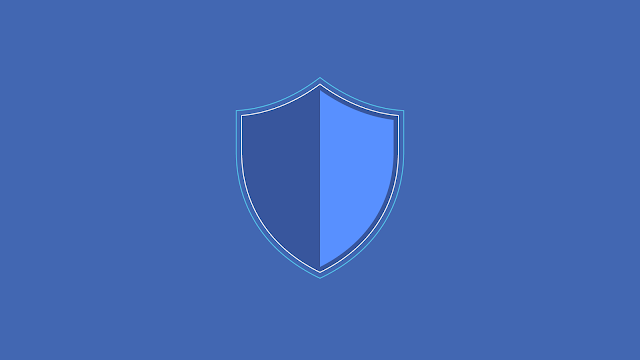 Facebook’s official statement regarding a coordinated smear and censorship campaign targeting and closing my Facebook and Twitter accounts claims I was engaged in “coordinated inauthentic behavior.”

I am a single individual thus there obviously was no “coordinated behavior,” although Facebook’s page feature specifically allows page owners to invite multiple administrators to help post content.

Facebook also revealed that “civil society organizations” aided them in their efforts to censor my work. Facebook in their statement claims:

We identified these accounts through an internal investigation into suspected Thailand-linked coordinated inauthentic behavior. Our investigation benefited from information shared by local civil society organizations.

I can only assume – since no specific organization was mentioned – that they are the same US-funded fronts I regularly expose through my work. This is particularly ironic since most of these organizations pose as “rights advocates,”  yet voluntarily aided a corrupt foreign corporation in carrying out censorship.

Facebook claims that my account was not taken down because of the content I published, but produced several examples of my content to make their case. They also attempt to associate me with Russian-based New Eastern Outlook to bolster their case and obviously once again referring to the nature of my content.

While I do contribute to New Eastern Outlook, Facebook never makes it clear how this is grounds for deleting my account.

We removed 12 Facebook accounts and 10 Facebook Pages for engaging in coordinated inauthentic behavior that originated in Thailand and focused primarily on Thailand and the US. The people behind this small network used fake accounts to create fictitious personas and run Pages, increase engagement, disseminate content, and also to drive people to off-platform blogs posing as news outlets. They also frequently shared divisive narratives and comments on topics including Thai politics, geopolitical issues like US-China relations, protests in Hong Kong, and criticism of democracy activists in Thailand. Although the people behind this activity attempted to conceal their identities, our review found that some of this activity was linked to an individual based in Thailand associated with New Eastern Outlook, a Russian government-funded journal based in Moscow.

Facebook never explains how the off-platform blogs were “posing as news outlets” rather than actually being news outlets. How any of my blogs are “not news” but organizations like the BBC caught repeatedly deceiving the public are, is another mystery Facebook’s statement leaves unsolved.

Bangkok Post in its article, “Facebook shows posts of banned accounts in Thailand,” repeats Facebook’s accusations and adds that I am believed to be elderly American expat Michael Pirsch. No evidence is produced to substantiate these claims – claims that those who know my real identity know are categorically false.

I have also been contacted by CNN’s Donie O’Sullivan and The Daily Beast’s Kevin Poulsen. Both attempted to insinuate that I am a “Russian intelligence agent” engaged in “disinformation” simply because my articles were featured on Russian-based journal – New Eastern Outlook.

When asked how having articles published by NEO is wrong or in any way worse than having them published by the BBC which helped sell the illegal invasion of Iraq and covered up Jimmy Savile’s serial pedophilia for decades – neither O’Sullivan nor Poulsen responded.

CNN, The Daily Beast, and others will undoubtedly be publishing their smear pieces soon in what is becoming a larger-than-expected coordinated attack on my work. The fact that multiple organizations and corporations have mobilized resources to target a single individual they depict as a “network”demonstrates just how insecure and easily threatened Western special interests have become as their influence shrinks around the globe – a warning to any remaining stakeholders in the West’s international order.

As to why I have been targeted, I can only assume that my repeated success in exposing impropriety conducted by the embassies of the United States and United Kingdom here in Bangkok, the media fronts they fund and direct, and the fronts they fund posing as “civil society organizations” has finally spurred enough individuals to gather their resources and act.

Unfortunately for them, my social media presence was miniscule compared to the individuals and organizations promoting my work. They face an uphill battle to remove them from their platforms without spurring entire nations to develop alternatives to replace increasingly restrictive platforms like Facebook and Twitter.

I suspect there have been recent efforts to dox me as well in recent weeks. This will ultimately backfire since these same interests have spent nearly a decade claiming I am “Michael Pirsch.” Nothing about my real identity will work in their favor, first and foremost being the fact that I am not Michael Pirsch.

Individuals ranging from ex-Reuters editor Andrew Marshall to BBC correspondent Jonathan Head, to the BBC’s Jonah Fisher have all repeatedly claimed that I am Michael Pirsch. Should my real identity be revealed, it will only further undermine their already flagging credibility.

Finally, Facebook and Twitter banning me – and many, many others – doesn’t address the fundamental failings of Western special interests and their waning global influence. If anything, it only further exposes

Goodbye to the Internet: Interference by Governments Is Already Here