HOME / SOCIAL/CULTURAL / The Lies The Grownups Told Us

The Lies The Grownups Told Us 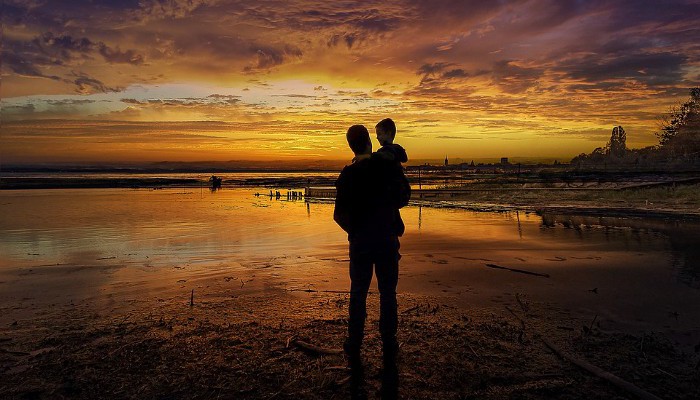 When you’re a small kid the grownups tell you cute little lies. Lies about things like those presents under the Christmas tree coming from a hairy obese trespasser instead of your poor overworked mother, or that babies come from a man and a woman loving each other.

Then you get a little bigger and you learn that those grownups pulled a fast one on you. When you’re maybe around seven or eight you learn that Santa Claus was a psyop, and when you’re a little older you learn that babies come from a really yucky ordeal that you can’t imagine anyone ever wanting to participate in.

And it’s like, what the hell man? These grownups were meant to be teaching you the truth about the world, not filling your formative little mind with weird lies for their own amusement and/or psychological comfort.

But at least you know the truth now. You hear the younger kids talking about Santa and storks and you chuckle smugly at their naivety. “The ignorant fools,” you think to yourself. “I’m so glad I know the truth about the lies the grownups told us.”

It’s not until much, much later that you discover that there was one more secret that the grownups kept from you. A far, far bigger one.

This final revelation doesn’t hit suddenly, like discovering your unwrapped Christmas toys a week early while poking around in your parents’ bedroom closet. It creeps in slowly, over the course of many years. It might not even really click in until you have kids yourself.

Many indigenous cultures have a coming-of-age ceremony, after which you are considered by the only community you’ve ever known to be a full-fledged adult in every way. You suddenly begin relating to the world in the context of you being a grownup, and you very quickly learn the lesson that it’s not actually different from being a kid in any clear way that you can draw a line under and make a solid distinction.

The rest of us do not have such ceremonies. We get to be 18, 21, 25, 30, and slowly we come to think of ourselves as adult human beings because we start buying our own groceries and paying taxes and all that grownup stuff. But it typically comes in slowly and takes a long time to congeal.

It’s not until then that we discover the truth behind the final lie that the grownups told us: none of them ever had a fucking clue what’s going on.

But you don’t get to know this truth until your idea of yourself as a grownup has fully locked in. Until then you just sort of subconsciously assume that at some point you’re going to be as confident in your understanding of life and the world as the grownups who raised you and the ones you see in movies. It’s not until you realize that you are a grownup that you realize that this is it: you will never, ever know the answers to life’s big questions, or be able to understand the world in any way that is significantly different from the way you understood it as a kid. The only thing that changes is you lose your assumption that there are people in the world who understand it better than you do.

Grownups guard this secret closely, so closely that we hardly ever even talk about it. Some of us even keep it a secret from ourselves, continuing to stroll through life with feigned confidence in our Bible verses and our philosophy books, pretending to smugly chuckle at the ignorant grownups who don’t know what we know in exactly the same way we used to chuckle at little kids who don’t know about Santa.

But that’s all they’re ever doing: pretending. The only difference between you and the confident-sounding pundit people on TV is that the confident-sounding pundit people on TV have gotten good at faking it. They don’t actually understand life any better than you do, they’ve just learned the secret that you can get pretty much as far as you want to in life by feigning confidence in yourself.

Because it turns out that while human brains are pretty useful for learning skills to help you survive (which is what they were evolved to do), they are not at all useful for understanding what life is, what it’s about, what we’re meant to be doing here, or what really matters. Those things occupy a huge percentage of the things we like to argue with each other about, but nobody actually knows the truth about them. We’re all just making it up as we go along, with varying degrees of feigned confidence in our chosen approaches.

As a kid you think there will come a day when you’re a grownup and you’ll understand what life is, what it’s about, what we’re meant to be doing here, and what really matters. It’s not until you really notice that you’re all grown up that you gain the ability to see that such a day never comes.

And at that point the only choice you have to make is whether you’ll choose to fake it or not.

Personally, I recommend not. It is true that if you get very good at faking it you can have pretty much anything you want in life; you can become a powerful government leader, a millionaire political commentator, or the head of your own sex slave cult. But what you lose is the ability to relate to life honestly and spontaneously; to perceive its beauty and majesty with the innocent eyes of a newborn baby. The latter is far more pleasurable and delightful than anything the former can offer.

Sometimes I think it would be ideal if our whole society had some kind of coming-of-age ceremony, where your grandmother takes you up to the top of the tallest hill or building around and then whispers in your ear: “The secret of adulthood is that none of us really know anything of importance. We didn’t tell you this when you were small because we needed you to trust our authority when we taught you not to drink household cleaning chemicals and to look both ways before crossing the street. But now you are a grownup, and we can remove those training wheels for you. You will never understand this world. Life will always be a mystery to you until the day you die.”

Because then we’d be getting it all out in the open in a very conscious way. We’d skip all those years of confusion, and nobody would be able to pull a fast one on us by pretending to be the only person in the room who understands what’s going on. It would certainly keep us a lot more honest, anyway.

0 thoughts on “The Lies The Grownups Told Us”