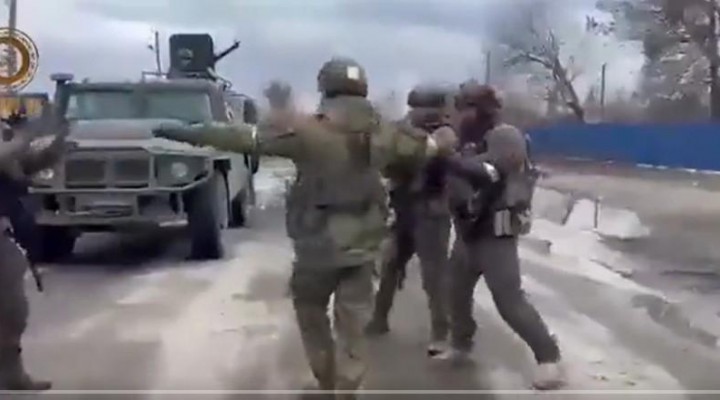 The head of Chechnya , Ramzan Kadyrov , announced the capture of the city of Severodonetsk by Russian troops and troops of the Luhansk People’s Republic (LPR). He announced this in his Telegram channel.

The city has been liberated. Residents can breathe easy. From now on, they are no longer in danger.

Ramzan Kadyrovhead of the Chechen Republic

Kadyrov noted that it was originally planned to take Severodonetsk in a week, but today he “made adjustments and set the task of taking the city under control in three days.” As a result, according to Kadyrov, “the fighters coped even faster – in three hours.”

The situation around Severodonetsk

Earlier, Kadyrov reported that volunteers from the Chechen Republic took control of the entire line of contact in Severodonetsk. According to him, Russian troops vacated the hotel building, which was prepared for the long-term defense of the Armed Forces of Ukraine (AFU).

The Ukrainian troops have no means of communication between Severodonetsk and Lisichansk, since we control <…> a bridge where it was possible to pass on large heavy military equipment

Marochko also said that the forces of the LPR and the Russian army completely cut off the Ukrainian military routes for retreat from the territory of the region. The Armed Forces of Ukraine are actually surrounded, he noted.

On Saturday, May 28, the Russian military took control of the city of Krasny Liman in the Donetsk region. This was reported in the Ministry of Defense of Russia . This information was also confirmed by the Armed Forces of Ukraine. It is noted that the capture of this settlement opened the way for Russian troops to Slavyansk , where an armed uprising against Kiev began in 2014 .

The head of the republic, Denis Pushilin , spoke about the beginning of the assault on Krasny Liman on May 24. On the same day, the DPR territorial defense headquarters announced that Svetlodarsk had been taken under operational control.

Now the Russian flag has already appeared in Svetlodarsk, and I confirm to you that this is posted on the building of the Svetlodar administration

Svetlodarsk is located 18 kilometers from Debaltseve . Here is one of the largest thermal power plants in Europe – Uglegorskaya TPP. In 2014, the city briefly came under the control of the DPR militia, but was soon occupied by the Ukrainian army.

In addition, it became known about the completion of the demining of the port of Mariupol . According to the head of the National Center for Defense Control , Colonel-General Mikhail Mizintsev , civilian ships can safely use its water area.

The enemy still has a lot of weapons. The next few weeks are going to be very difficult.

In turn, the head of the Donetsk People’s Republic, Denis Pushilin , said that a special military operation in the Donbass would accelerate in the near future.

We see more frequent situations when the enemy either simply retreats or simply surrenders. The surrender of the legendary Azov regiment in the understanding of the Ukrainian regime, of course, plays a decisive role

According to the Deputy Head of the People’s Militia (NM) Department of the DPR , Eduard Basurin , the most active hostilities are currently taking place in the north of the Donetsk Republic. According to him, the most serious advance of the DPR troops is observed there. The Armed Forces of Ukraine (APU) are forced to surrender some settlements without a fight and withdraw towards Artemovsk and Slavyansk, he added.

New Developments on the Ukraine Front

Russian Ops in Ukraine: Ukraine is Blocking Own Ports, Losing Ground in Donbas

Donbas after 8 years of war