HOME / WORLD / Backfire: Trump presidency has walled America in, No one wants us (an Intel Drop) 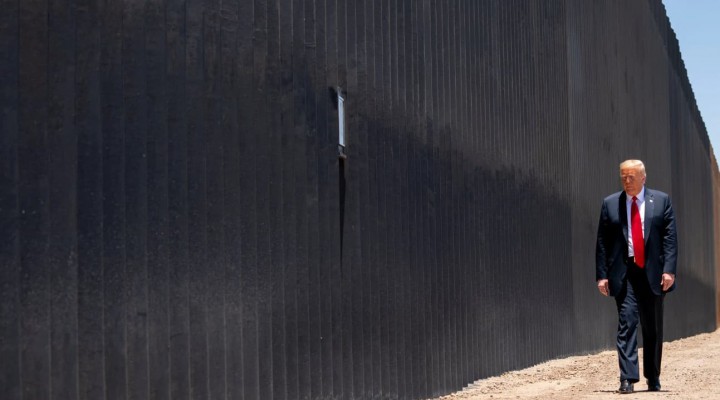 The World Builds a Wall to Keep America Out

VT: For many of us, Europe isn’t a disneyland of tourist crap, it’s where our families and friends live.  For many of us who served in the military or other capacities outside the US, we have homes in Europe, close friends and spend part of the year there.

For some of us, Europe reminds us of an America we lost.  Villages in Britain and France, the towns of Italy or as with some at VT, our homes in Germany, this is where we live, where our lives are, at least to an extent.

VT is more a European publication than American.  A dozen or so writers have checked in today, all from Europe, almost anyway.  Sadly, too many Americans are so beaten down, those that know enough to understand VT, that they no longer care.

Last year, this time, I was climbing hills in Scotland with Robbie.  Today, Jane of VT Paris is getting surgery.  The list goes on as we are a family.

All of that is gone now, we are locked out and Donald Trump and Mnuchin are to blame.  We strongly suspect COVID 19 was their way of looting the Federal Reserve using a lab created virus.

As COVID mutates and becomes impossibly more infectious, as the US soars while Europe has beaten COVID, the targeting of the American people and their economy is obvious.  The massive new debt isn’t to save market, Americans face starvation and homelessness in millions while the MAGA-MEGA billionaires have doubled their assets.

Trump did it, we know it. Being locked in, serving time in an America that is a prison, is the price we, the innocent, are paying.

From the New York Times:

NY Times: You might call it poetic, if it weren’t so painful. Donald Trump won the White House largely on a campaign of shutting America’s borders to pretty much everyone other than people of European descent.

“Why are we having all these people from shithole countries come here?” he once asked, about Haitians, Salvadorans and Africans. “We should have more people from places like Norway.”

So what should one conclude about America’s own proximity to Trump’s global latrine now that “places like Norway” have decided to keep their borders indefinitely closed to us?

Among the list of nations to which Norway and the rest of Europe will soon reopen for travel are three from the continent that Trump flushed down the toilet: Algeria, Morocco and Rwanda. Canada is also on the list. So is China, assuming it reciprocates.

But Trump’s America is not, because we are nowhere close to meeting Europe’s criteria for reducing the spread of the coronavirus. How successfully a society can fight a pandemic is as objective a measure of national capacity, not to mention “greatness,” as one is likely to find — and on this, like so much else these days, America ranks near the bottom.

I have lived in the United States for more than 30 years, and I can’t think of any national failure as naked and complete as this one. When I look at the graphs showing American infections soaring while the virus abates in nearly every other affluent country, I feel the sting of defeat, misery and embarrassment.

As an immigrant from South Africa, I find it hard to resist seeing Europe’s travel dis as the ultimate comeuppance of Trump’s xenophobia. Like a lot of Americans, I sometimes find myself assuming American exceptionalism — the idea that America’s founding ideals make us morally superior to “ordinary” nations and confer on us special credibility and insight when dealing with global crises.

A Wall and a Frontier

If Walls Don’t Work, Why Did Castles Have Them?

0 thoughts on “Backfire: Trump presidency has walled America in, No one wants us (an Intel Drop)”