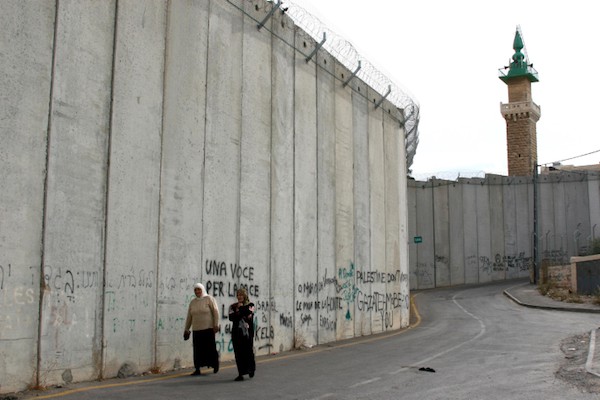 The demand of President Donald Trump that congress should appropriate money to build a wall securing the nation’s southern border has resulted in the longest federal government shutdown in history with no end in sight. There is considerable opposition to the wall based on two quite different perceptions of border security. The generally “progressive” view is that there is no border threat at all, that the thousands of migrants heading for the U.S. can be assimilated and indeed should be allowed entry because of U.S. government policies in Central America that have created the ruined states that the would-be immigrants have been fleeing.

There is certainly some truth to that argument, though it suggests that the United States should essentially abandon sovereignty over its own territory, which most Americans would reject. The alternative viewpoint, which has a much broader bipartisan constituency, consists of those who do feel that border security is a national priority but are nevertheless critical of building a wall, which will be expensive, possibly ineffective and environmentally damaging. They prefer other options, to include increased spending on the border guards, more aggressive enforcement against existing illegals and severe punishment of businesses in the U.S. that hire anyone not possessing legal documentation. Some also have argued in favor of a national ID issued only to citizens or legal permanent residents that would have to be produced by anyone seeking employment or government services.

Whether the wall will ever be built is questionable, but one thing that is certain is that there is more than enough hypocrisy regarding it to go around. Democratic Presidents including Bill Clinton and Barack Obama when campaigning have called for better border security, as have Democratic Congressional leaders who are now smelling blood and attacking Trump for seeking to do what they have long at least theoretically sought.

Apart from that, many of the Democrats who are currently criticizing the southern border wall on moral grounds have failed to apply the same standard to another infamous wall, that which is being built by Israel. Israel’s “separation wall” is arguably being constructed at least in part using “aid” and charitable money provided by Washington while also being enabled politically by the U.S. government’s acquiescence to the Israeli violations of international law. And if the moral argument for not having a wall to aid suffering refugees has any meaning, it would be many times more so applied to the Israeli wall, which is an instrument in the maintenance of apartheid in areas under Israeli control while also making permanent the stateless status of the more than one million Palestinian refugees, far more in number than the would-be immigrants marching through Mexico.

The Israeli wall is at many points larger and more intimidating than that planned by Trump, and it is also designed to physically and economically devastate the Palestinian population adjacent to it. Israel’s wall is undeniably far more damaging than anything being considered for placement along the U.S.-Mexican border as it operates as both a security measure and a tool for confiscating more Arab land by including inside the barrier illegal West Bank settlements.

There are both physical similarities and differences relating to the two walls. Judging from prototypes, Trump currently appears to favor prefabricated mostly metal sections with barbed wire coils on top that would be high and intimidating enough to deter climbing over. The sections would be set in foundations sufficiently deep to deter most tunneling and there would be sensors at intervals to alert guards to other attempts to penetrate the barrier. Israel’s wall varies in terms of structural material, including large concrete blocks 28 feet high in some areas while other less populated stretches that are considered low security make do with multiple lines of barbed wire and sensors. It is interesting to note that some Israeli companies have apparently expressed interest in building the Mexico wall and, as one of the many perks Israel receives from congress includes the right to bid on U.S. government contracts, they might well wind up as a contractors or subcontractors if the barrier is ever actually built.

As noted above, the principal difference between the U.S. wall and that of Israel is that the American version is all on U.S. land and is engineered to more or less run in a straight line along the border. The Israeli version is nearly 90% built on Palestinian land and, as it is designed to create facts on the West Bank, it does not run in a straight line, instead closing off some areas to the Palestinians by surrounding Arab villages. It therefore keeps people in while also keeping people out, so it is not strictly speaking a security barrier. Indeed, some Israeli security experts have stated their belief that the wall has been only a minor asset in preventing violence directed by Palestinians against Israelis.

If the Israeli wall had followed the Green Line that separated Israel proper from Palestinian land it would be only half the estimated 440 miles long that it will now be upon completion. The extra miles are accounted for by the deep cuts of as much as 11 miles into the West Bank, isolating about 9% of it and completely enclosing 25,000 Palestinian Arabs from areas nominally controlled by the Palestinian Authority. One often cited victim of the barrier is the Palestinian town of Qalqilyah, with a population of 45,000, which is enclosed on all sides by a wall that in some sections measures more than 25 feet high. Qalqilyah is only accessible through an Israeli controlled military checkpoint on the main road from the east and a tunnel on the south side that links the town to the adjacent village of Habla.

The wall is therefore only in part a security measure while also being a major element in the Israeli plan to gradually acquire as much of the West Bank as possible – perhaps all of it – for Israeli settlers. It is a form of collective punishment based on religion to make life difficult for local people and eventually drive them from their homes.

The human costs for the Palestinians have consequently been high. A United Nations 2005 report states that :

… it is difficult to overstate the humanitarian impact of the Barrier. The route inside the West Bank severs communities, people’s access to services, livelihoods and religious and cultural amenities. In addition, plans for the Barrier’s exact route and crossing points through it are often not fully revealed until days before construction commences. This has led to considerable anxiety amongst Palestinians about how their future lives will be impacted… The land between the Barrier and the Green Line constitutes some of the most fertile in the West Bank. It is currently the home for 49,400 West Bank Palestinians living in 38 villages and towns.”

Amnesty International in a 2004 report observed:

“The fence/wall, in its present configuration, violates Israel’s obligations under international humanitarian law… Since the summer of 2002 the Israeli army has been destroying large areas of Palestinian agricultural land, as well as other properties, to make way for a fence/wall which it is building in the West Bank. In addition to the large areas of particularly fertile Palestinian farmland that have been destroyed, other larger areas have been cut off from the rest of the West Bank by the fence/wall. The fence/wall is not being built between Israel and the Occupied Territories but mostly (close to 90%) inside the West Bank, turning Palestinian towns and villages into isolated enclaves, cutting off communities and families from each other, separating farmers from their land and Palestinians from their places of work, education and health care facilities and other essential services. This in order to facilitate passage between Israel and more than 50 illegal Israeli settlements located in the West Bank.”

Of course, the situation has become far worse for Palestinians since the two reports dating from 2004 and 2005. Israel has accelerated its settlement construction and the wall has expanded and shifted to accommodate those changes, making life impossible for the indigenous population.

Any pushback from the United States has been rare to nonexistent, with successive administrations only occasionally mentioning that the settlements themselves are “troubling” or a “complication” vis-à-vis a peace settlement. The first direct criticism of the wall itself took place in 2003, when the Bush administration briefly considered reducing loan guarantees to discourage its construction. Then Secretary of State Colin Powell remarked “A nation is within its rights to put up a fence if it sees the need for one. However, in the case of the Israeli fence, we are concerned when the fence crosses over onto the land of others.”

On May 25, 2005, Bush repeated his concerns, noting that “I think the wall is a problem. And I discussed this with Ariel Sharon. It is very difficult to develop confidence between the Palestinians and Israel with a wall snaking through the West Bank.” In a letter to Sharon he stated that it “should be a security rather than political barrier, should be temporary rather than permanent and therefore not prejudice any final status issues including final borders, and its route should take into account, consistent with security needs, its impact on Palestinians not engaged in terrorist activities.”

Congress is, of course, Israeli occupied territory so its response was directed against Powell and Bush in support of anything Israel chose to do. Then Senator Joe Lieberman complained “The administration’s threat to cut aid to Israel unless it stops construction of a security fence is a heavy-handed tactic. The Israeli people have the right to defend themselves from terrorism, and a security fence may be necessary to achieve this.”

So, for many in Washington a legal and relatively apolitical wall by the United States to protect its border is a horrible prospect while the Israeli version built on someone else’s land with the intention to damage the local Arab population as much as possible is perfectly fine. The reality is that America’s Establishment, which is dominated by veneration of Israel for a number of reasons, is completely hypocritical, more prepared to criticize actions taken by the United States even when those actions are justified than they are to condemn Israeli actions that amount to crimes against humanity. That is the reality and it is playing out in front of us right now.

If Walls Don’t Work, Why Did Castles Have Them?

0 thoughts on “A Tale of Two Walls”