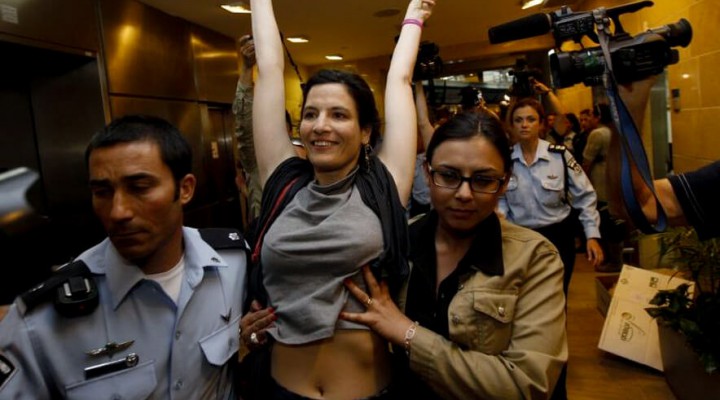 MPN- Israel and the US are simultaneously stepping up repression in the form of travel restrictions against critics of Israel’s human rights violations.

Israel and the U.S. are simultaneously stepping up repression in the form of travel restrictions against critics of the apartheid state.

A Palestinian activist has been barred from entering the U.S. while an advocate with a leading human rights NGO – Human Rights Watch (HRW) – faced a ruling on Tuesday in Israeli courts which upheld the government’s deportation order against him.

Last week, the U.S. banned a founder of the Boycott, Divestment and Sanctions movement, one Omar Barghouti, from entering its soil. Though the government’s official explanation was “immigration reasons,” there is plentiful evidence to suspect the ban was meant as a reprisal for his non-violent advocacy.

The Boycott, Divestment, and Sanctions movement, or popularly, BDS, is a campaign to economically pressure apartheid Israel into compliance with international law through boycotts of the government and Israeli companies.

Breaking: An Israeli court has reinstated my deportation, saying @hrw’s work calling on businesses to stop facilitating abuses in settlements constitutes boycott. They have given me until May 1 to leave, but we’re appealing to Supreme Court. Our statement https://www.hrw.org/news/2019/04/16/israel-human-rights-watch-officials-deportation-reinstated … https://twitter.com/OmarSShakir/status/996694175348346880 …

Israel ordered me deported over my criticism of its rights record. @hrw & I today sued to challenge unauthorized use of draconian law to monitor speech of foreigners lawfully present in Israel & deport them when they criticize govt https://www.hrw.org/sites/default/files/supporting_resources/hrw_petition_workpermit_en_1.pdf … https://www.hrw.org/sites/default/files/supporting_resources/hrw_petition_workpermit_heb_original.pdf … 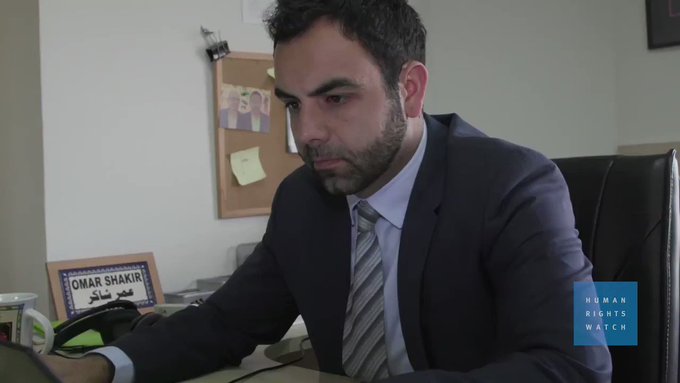 912 people are talking about this

I was denied entry and deported from Israel–even despite my being Jewish–solely for my political positions and peaceful BDS work for Palestinian rights. Last week the Trump administration partnered with Israel in the destruction of free speech when they denied BDS movement founder Omar Barghouti entry to the U.S”

Now Israel is deporting Omar Shakir, a human rights researcher from one of the world most credible human rights organizations–Human Rights Watch–for his and HRW’s peaceful advocacy to call on Israel should abide by international law and end its human rights abuses. This is shameful!”

Prior to her deportation, Gold had obtained a visa to study at Hebrew University. Anti-BDS minister (also known as the Minister for Strategic Affairs) Gilad Erdan said at the time:

We prevented Ariel Gold, an extreme boycott activist, from entering the country. Our policy is clear: Those who campaign towards boycotting Israel and come here in order to cause harm — won’t be allowed to enter the country. The rules have changed, and Israel will not show restraint towards those who try to hurt it.”

Her deportation followed a ban passed in Israel against Codepink and 19 other activist organizations.

Omar Barghouti – the BDS co-founder – had lined up some speaking engagements for his U.S. trip during which he planned to attend his daughter’s wedding. He had also scheduled meetings with journalists and politicians in New York City, Philadelphia, Washington, D.C. and Chicago where Barghouti was scheduled to speak at a synagogue.

That was until he went to board his flight at Ben Gurion Airport. That is when the U.S. consulate told airline staff that he was banned, despite having obtained a visa. Barghouti writes:

Given my regular, unhindered travel to the US for years, this ban seems to be an ideologically and politically motivated measure that fits in with Israel’s escalating repression against human rights defenders. Israel’s far-right regime is not merely continuing its decades-old system of military occupation, apartheid and ethnic cleansing against Palestinians, it is increasingly outsourcing its anti-democratic tactics to the US.

Like Gold, Barghouti claims he has been the subject of verbal attacks by Israeli officials.

I have been smeared by the Israeli government and banned from travel repeatedly, including in 2018 when I was prevented from going to Jordan to accompany my late mother during cancer surgery. Israel’s intelligence minister threatened me with “targeted civil elimination,” drawing condemnation from Amnesty International.”

With this denial of entry, Israel appears to have once again enlisted the Trump administration to do its bidding, this time to repress Palestinian, Israeli and international human rights defenders. They wish to deny lawmakers, journalists and ordinary Americans their right to listen first-hand to a Palestinian human rights advocate calling for ending US complicity in Israel’s crimes against our people.”

On being unable to attend his daughter’s wedding, Barghouti wrote that he “cannot possibly compensate the personal loss of missing [it].”

Speakig on the new tactic, the American Civil Liberties Union, the premier civil rights group in the U.S., said:

Ideological exclusion has been used in the past to revoke or deny visas to some of the world’s leading artists and thinkers.

If the government is using this political censorship tool again, it’s a disgrace — and violates the First Amendment.”

Meanwhile, Israel has set a new precedent furthering the scope of their anti-boycott laws. On Tuesday, courts upheld a decision to have Omar Shakir, HRW’s Israel and Palestine Director, deported. The court based their decision off of a 2017 anti-boycott law. Shakir too came under attack from Israel’s Strategic Affairs Ministry, which compiled a dossier on him. The court even cited his pro-Palestine activism “dating back to 2006” when he was a student in the United States. The Interior Ministry, however, noted that “no information has surfaced” about Shakir promoting boycotts while with HRW in its initial ban on Shakir, which HRW tried, unsuccessfully, to litigate against.

In its 30 years of operations in Israel and Palestine, Human Rights Watch has never had one of its workers ordered to leave.

In a new and dangerous interpretation of the law, the court found that Human Rights Watch research and advocacy calling for businesses to stop facilitating abuses in Israeli settlements in the occupied West Bank constitutes a call for boycott. The ruling sets a precedent that could hamper the work of other advocacy organizations and jeopardize the status of other rights workers in Israel.”

The organization has fallen short of calling for boycotts but has called on Airbnb and Bookings.com to de-list rentals in the illegally occupied West Bank. It made no such calls regarding listings in the illegally occupied Golan Heights, however. It notes that the ruling “held that Israel’s anti-boycott law does not distinguish between boycotts directed at Israel and those directed at only West Bank settlements.”

More than half a million Israeli settlers live in 237 settlements in the Israeli-occupied West Bank, including East Jerusalem…There are approximately 1,000 companies operating in 16 to 20 settlement industrial zones; 9,300 hectares of settlement agricultural land; and 11 licensed settlement quarries. This represents only a part of the settlement economy, which also includes companies servicing and financing settlements.”

The report said that these businesses invariably benefit from and exacerbate Israel’s policies which “dispossess, discriminate against, and abuse the human rights of Palestinians.”