HOME / WORLD / A Government Against the People 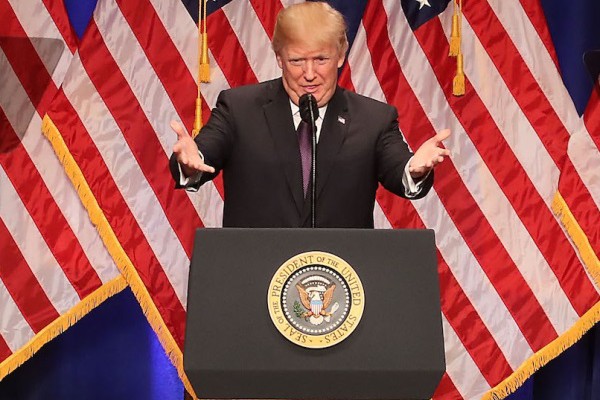 Loyalty to the president is the chief qualification

The 24/7 intensified media coverage of the coronavirus story has meant that other news has either been ignored or relegated to the back pages, never to be seen again. The Middle East has been on a boil but coverage of the Trump administration’s latest moves against Iran has been so insignificant as to be invisible. Meanwhile closer to home, the declaration by the ubiquitous Secretary of State Mike Pompeo that current president of Venezuela Nicolas Maduro is a drug trafficker did generate somewhat of a ripple, as did dispatch of warships to the Caribbean to intercept the alleged drugs, but that story also died.

Of more interest perhaps is the tale of the continued purge of government officials, referred to as “draining the swamp,” by President Donald Trump as it could conceivably have long-term impact on how policy is shaped in Washington. Prior to the virus partial lockdown, some of the impending shakeup within the intelligence community (IC) and Pentagon were commented on in the media, but developments since that time have been less reported, even when several inspectors-general were removed.

To be sure, Trump has good reason to hate the intelligence and national security community, which utterly rejected his candidacy and plotted to destroy both his campaign and, even after he was elected, his presidency. Whether one argues that what took place was due to a “Deep state” or Establishment conspiracy or rather just based on personal ambition by key players, the reality was that a number of top officials seem to have forgotten the oaths they swore to the constitution when it came to Donald Trump.

Be that as it may, beyond the musical chairs that have characterized the senior level appointments in the first three years of the Trump administration, there has been a concerted effort to remove “disloyal” members of the intelligence community, with disloyal generally being the label applied to holdovers from the Bush and Obama administrations. The February appointment of U.S. Ambassador to Germany Richard “Ric” Grenell as interim Director of National Intelligence (DNI), a position that he will hold simultaneously with his ambassadorship, has been criticized from all sides due to his inexperience, history of bad judgement and partisanship. The White House is now claiming that he will be replaced by Texas Congressman John Ratcliffe after the interim appointment is completed.

Criticism of Grenell for his clearly evident deficiencies misses the point, however, as he is not in place to do anything constructive. He has already initiated a purge of federal employees in the White House and national security apparatus considered to be insufficiently loyal, an effort which has been supported by National Security Advisor Robert O’Brien and Secretary of State Mike Pompeo. Many career officers have been sent back to their home agencies while the new appointees are being drawn from the pool of neoconservatives that proliferated in the George W. Bush administration. Admittedly some prominent neocons like Bill Kristol have disqualified themselves for service with the new regime due to their vitriolic criticism of Trump the candidate, but many others have managed to remain politically viable by keeping their mouths shut during the 2016 campaign. To no one’s surprise, many of the new employees being brought in are being carefully vetted to make sure that they are passionate supporters of Israel.

While it is not unusual for presidents to surround themselves with devoted yes-men, as Trump does with his spectacularly unqualified son-in-law Jared Kushner, his administration is nevertheless unusual in its tendency to apply an absolute loyalty litmus test to nearly everyone surrounding the president, even several layers down into the administration where employees are frequently apolitical. As the Trump White House has not been renowned for its adroit policies and forward thinking, the loss of expertise will be hardly noticeable, but there will certainly be a reduction in challenges to group think while replacing officials in the law enforcement and inspector general communities will mean that there will be no one in a high enough position to impede or check presidential misbehavior. Instead, high officials will be principally tasked with coming up with rationalizations to excuse what the White House does.

Trump’s recent claim that he has the sole authority to shut down or open up the country is clearly unconstitutional based on Article 10 and his warning that he will use his executive authority to adjourn the continuing virtual session of congress to enable him to approve hundreds of pending recess appointments plausibly qualifies as impeachable. His exhortation last Friday to his followers to “liberate” three states from the control of their governors is insurrection, a dangerous provocation that undeniably meets the requirement to qualify as a “high crime” as defined by the constitution.

Trump’s latest firings of top level officials are notable because they have involved two inspectors general. The first one to go was the inspector general of the intelligence community Michael Atkinson. Atkinson, who admittedly was not well liked because of his job responsibilities, was reportedly fired because he had been the official who had forwarded to Congress the initial whistleblower report on the notorious Ukrainian telephone call. Trump explained his decision in a letter to the two congressional intelligence committees: “As is the case with regard to other positions where I, as President, have the power of appointment … it is vital that I have the fullest confidence in the appointees serving as inspectors general. That is no longer the case with regard to this Inspector General.”

It should be noted that Atkinson had a statutory obligation to forward the report to initiate congressional oversight of an alleged executive criminal action. After the firing, Justice Department inspector general Michael Horowitz rejected Trump’s criticism of Atkinson, saying he had handled the whistleblower matter correctly. It was, of course, a phone call that led to Donald Trump’s impeachment, so Atkinson had to go and Horowitz might just be next.

Subsequent to the defenestration of Atkinson, Trump went after another inspector general Glenn Fine, who was principal deputy IG at the Pentagon and had been charged with heading the panel of inspectors that would have oversight responsibility to certify the proper implementation of the $2.2 trillion dollar coronavirus relief package. As has been noted in the media, there was particular concern regarding the lack of transparency regarding the $500 billion Exchange Stabilizing Fund (ESF) that had been set aside to make loans to corporations and other large companies while the really urgently needed Small Business Loan allocation has been failing to work at all except for Israeli companies that have lined up for the loans. The risk that the ESF would become a slush fund for companies favored by the White House was real, and several investigative reports observed that Trump business interests might also directly benefit from the way it was drafted.

Four days after the firing of Atkinson, Fine also was let go to be replaced by the EPA inspector general Sean O’Donnell, who is considered a Trump loyalist. On the previous day the tweeter-in-chief came down on yet another IG, the woman responsible for Health and Human Services Christi Grimm, who had issued a report stating that the her department had found “severe” shortages of virus testing material at hospitals and “widespread” shortages of personal protective equipment (PPE) for healthcare workers. Trump quipped to reporters “Where did he come from, the inspector general. What’s his name?”

On the following day, Trump unleashed the tweet machine, asking “Why didn’t the I.G., who spent 8 years with the Obama Administration (Did she Report on the failed H1N1 Swine Flu debacle where 17,000 people died?), want to talk to the Admirals, Generals, V.P. & others in charge, before doing her report. Another Fake Dossier!”

A comment about foxes taking over the hen house would not be amiss and one might also note that the swamp is far from drained. A concerted effort is clearly underway to purge anyone from the upper echelons of the U.S. government who in any way contradicts what is coming out of the White House. Inspectors general who are tasked with looking into malfeasance are receiving the message that if they want to stay employed, they have to toe the presidential line, even as it seemingly whimsically changes day by day. And then there is the irony of the heads at major agencies like Environmental Protection now being committed to not enforcing existing environmental regulations at all.

Most damaging to consumer interests, the rot has also affected the so-called regulatory agencies that are supposed to monitor the potentially illegal activities of corporations and industries to protect the public. As University of Chicago economist George Stigler several times predicted, under both Obama and Trump advocates of ostensibly “regulated” corporations have taken over every U.S. federal regulatory agency. The captured U.S. government regulators now represent the interests of the corporations, not the public. This is more like government by a criminal oligarchy rather than of, by and for The People.

The Staggering Collapse Of U.S. Intelligence On The Coronavirus

0 thoughts on “A Government Against the People”