HOME / WORLD / U.S.-Led NATO Is at War Against Russia 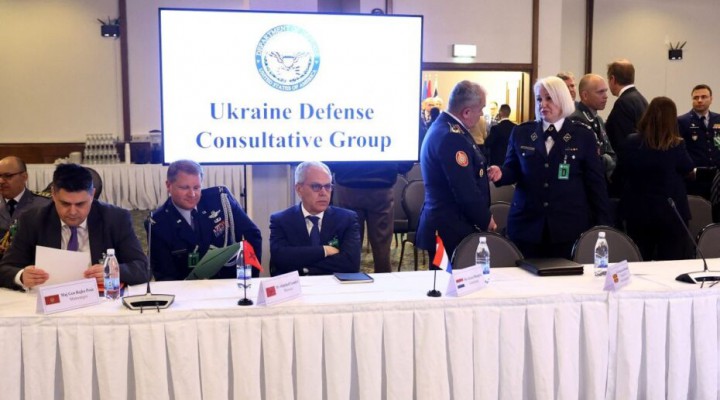 The full-on U.S. imperial war agenda of targeting Russia for defeat is now coming into focus

We are now in the realm of World War Three. The abysmal situation is such that the war is in danger of going nuclear in which case the future of the planet is at stake.

Incredibly, to warn of this danger leaves a person open to the accusation that they are peddling Russian propaganda. Blindly, the Western governments are doubling down on the powder-keg.

The U.S.-led NATO alliance is flooding Ukraine with heavy offensive weaponry capable of hitting Russia, and the British government this week has openly called for Ukraine to target Russia’s “depth” with NATO weapons.

Russia’s Foreign Minister Sergey Lavrov commented that the U.S. military alliance is now fully-fledged in a proxy war against Russia. He said there is a “serious danger” of confrontation spiraling into a nuclear conflagration.

Only a fool or an insane person could remain insouciant about the dynamic unfolding.

Ominously, there is evidently no diplomatic will from Washington and its allies to address the background to the war in Ukraine or Russia’s long-held security concerns. The United Nations Secretary-General Antonio Guterres is being vilified for even attempting to negotiate a peace settlement by going this week to Moscow before traveling on to Kiev.

There is a palpable sense that the U.S. and NATO are recklessly pushing a military showdown with Russia – albeit under the cynical guise of “defending Ukraine”. All the while, the Western public is being kept in the dark by a complicit corporate-controlled news media.

This week saw the United States host what can only be called a war conference at its European command center in the Ramstein airbase, Germany, where NATO military chiefs coordinated their weapons delivery to Ukraine. This is a war footing.

U.S. Secretary of Defense Lloyd Austin said the United States and its NATO allies would “move heaven and earth” to get more weapons into Ukraine to defeat Russia’s military intervention in that country. Austin’s rhetoric was a disturbing malapropism with apocalyptic resonance.

But it does reveal the determination to take on Russia that is now openly visceral. The conflict in Ukraine is emerging for what it is – a war between the U.S.-led NATO bloc and Russia. Moscow has long held that the U.S. and NATO are a hostile entity tacitly aiming to subjugate Russia. Such claims have been derided as Russian paranoia. However, it’s now apparent that the actual intent is hostility and defeat of Russia.

Austin stated at the Ramstein conference that America’s allies are now openly exploiting an opportunity to “weaken Russia” and pursue the regime change objective in Moscow that U.S. President Biden referred to in his controversial Warsaw speech last month.

Earlier this week, U.S. Secretary of State Antony Blinken accompanied Austin, the Pentagon’s civilian chief, on a secret visit to the Ukrainian capital, Kiev. American news media dutifully complied with an embargo on reporting the Sunday visit which shows that these media are complicit in conforming to Washington’s agenda of belligerence.

The American envoys held three-hour discussions with Ukrainian President Vladimir Zelensky during which they pledged more military support on top of the huge arsenal already provided by the U.S. The meeting is a stark signal to Moscow of what the real American intentions are. This is not about resolving Russia’s grievances over NATO expansionism and the neutrality of Ukraine. That discourse was never taken seriously by the United States anyway. No, now relations are in the framework of the U.S. waging a war against Russia, with Ukraine merely the present battleground.

When the top American officials returned to Poland they held a press conference Monday at a warehouse shipping NATO weapons to Ukraine. At one stage, Austin told reporters about the earlier meeting with Zelensky: “So our focus in the meeting was to talk about those things that would enable us [sic] to win the current fight and also build for tomorrow [sic].”

Unable to contain his enthusiasm for confrontation, the Pentagon chief went on to make it more apparent the direct U.S. involvement: “In terms of our – their ability to win, the first step in winning is believing that you can win. And so they believe that we can win; we believe that they – we can win – they can win if they have the right equipment, the right support. And we’re going to do everything we can – continue to do everything we can to ensure that that gets there.”

When Russian President Vladimir Putin ordered what he called “the special military operation” in Ukraine on February 24, he said Russia had no choice but to defend the Russian-speaking people of the Donbass who had endured eight years of a deadly offensive by the NATO-backed Kiev regime forces.

The United States, NATO, and the Kiev regime have shown no will whatsoever to resolve the civil war in Ukraine peacefully by implementing the Minsk accords negotiated in 2015.

It is more apparent than ever that the conflict in the Ukraine was never a localized civil war but rather was always a front line in a bigger geopolitical confrontation between the U.S.-led NATO bloc and Russia, as Bruce Gagnon explained in a recent interview for Strategic Culture Foundation.

Instead of an earnest effort to genuinely resolve the conflict, the NATO-backed Kiev regime and its openly Nazi regiments are mobilizing in a general war footing against Russia.

The rationale is now explicitly stated as the U.S. and its allies wanting to defeat Russia and subjugate it.

British armed forces minister James Heappey even went as far as telling the BBC this week that Ukrainian forces should strike Russia’s depth with NATO weaponry.

Russia’s military defense doctrine forgoes first-use of nuclear weapons but it reserves the right to use such weapons if the country comes under existential threat even from conventional military assault.

The United States and its NATO allies have willfully ignored Russia’s decades-long concerns about its security and in particular the use of Ukraine as a cat’s paw to destabilize and dissipate Russia. The full-on U.S. imperial war agenda of targeting Russia for defeat is now coming into focus. The crazies are in charge of the asylum. And shouting about it too.

Russia-Ukraine war: In the West’s response, emotion has overcome reason

0 thoughts on “U.S.-Led NATO Is at War Against Russia”