HOME / WORLD / Sleazy Does It Boris

Sleazy Does It Boris 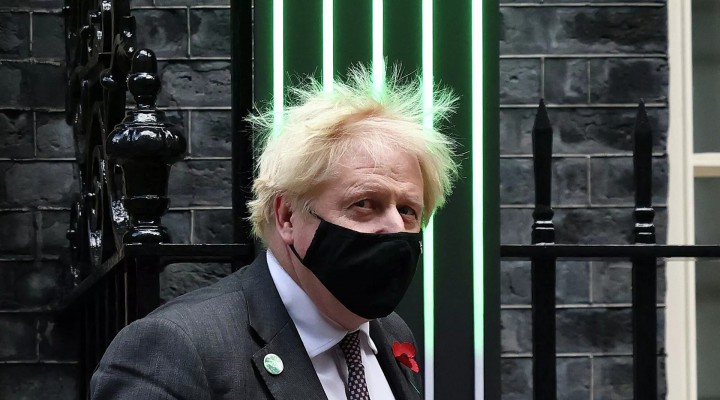 How many sleaze scandals can Boris Johnson and his Tory government endure? His Number 10 residence should be renamed “Drowning Street” from the stinking tide of corruption slopping around his doorstep.

This is the prime minister who gets his sunshine holidays and house decorating paid for by rich Conservative party donors, and then bends policy to profit the business interests of his patrons.

The latest cringe-fest saw Johnson and his Crony Party trying to cover up for a former minister who used his parliamentary position to benefit private companies for whom he was being paid a load of “consultancy fees”. Or, in plainer language: grifting and bribery.

Instead of suspending the offending lawmaker, Number 10 wanted to re-write the rules for parliamentary watchdogs making it harder for them to nail corruption.

The endemic sleaze in the Johnson regime is at the heart of the Brexit row with the European Union.

The British government wants to ditch the Brexit deal it negotiated with the EU concerning trade arrangements for Ireland. When Johnson proclaimed his “oven-ready” divorce arrangement, the trade agreement with Europe relied on implementing a special protocol for Northern Ireland in which the latter would remain inside the EU’s single market, thereby avoiding a hard land border with the Republic of Ireland.

Johnson and Co now want to abandon the so-called Northern Ireland Protocol because London can’t be bothered fulfilling the necessary customs regulations on trade between Northern Ireland the rest of Britain. Yet, the British government arrogantly expects to continue benefiting from trading advantages bestowed by the wider EU Brexit deal.

This is the same cherry-picking, unaccountable mentality that is rife in the Johnson regime. Whether it’s breaking its own Covid-19 rules for the public or ignoring ethics laws over lobbying, this British government shows contempt for any accounting standards. It’s a case of laws for the plebs, and none for us.

When Tory lawmakers are caught with their hands in the cookie jar, instead of penalties, Johnson and his mates want to re-write the rules, so they don’t get caught again. Because they’re all it.

It’s the same with Brexit and Europe. Johnson doesn’t like the hassle that comes with his own negotiated deal, so now the British government would prefer to discard the bit it doesn’t like regarding obligations over Irish trade and maintaining the integrity of the EU single market as well as avoiding a politically explosive hard border in Ireland.

One laugh (there are so many) is that the Brexit negotiator is Lord David Frost who, as his name suggests, is as slippery as an ice lolly. This guy is not even elected. He was made a peer in the unelected House of Lords – the upper chamber of the British parliament – by Johnson’s government and then on foot of that Frost was appointed minister to oversee the Brexit deal.

So here we have a British government backsliding on an international treaty (the Brexit withdrawal agreement with the EU) and indeed moving towards jettisoning the Northern Ireland Protocol. And all this is being conducted by an unelected political appointee. It doesn’t get much sleazier than that.

The sordid business of British politics is having an incendiary impact on Ireland. By not making the NI Protocol work through proper implementation, London is inflaming pro-British loyalists in Northern Ireland. On the other hand, if London trashes its legal commitments for EU trade, then a potential hard border across Ireland is inflaming nationalists. There is a real danger of bloody conflict returning to the island of Ireland.

However, the attitude of Johnson and his cronies is incorrigible arrogance and ignorance – the kind of sanctimonious mindset that stems from elite privilege. The British Tory toffee-noses could not care a jot about what the consequences of their duplicity is for the ordinary people – whether in Ireland or Britain.

Johnson’s whole career has been one of a sleazeball. He made his name in journalism writing outrageous lies about EU policies; he spun lies to push through his Brexit con job about “Global Britain”. And when the reality hits back, it’s more a case of sleazy does it.

That the British electorate voted for this posh charlatan is coming back to haunt. People are now paying a bitter price with their livelihoods as the economic woes of Brexit hit home.

Johnson’s sleaze and that of his entire government is the hallmark of Britain’s corrupt class system. It is rotten to the core. The callousness is only matched by the sheer brazenness.

0 thoughts on “Sleazy Does It Boris”