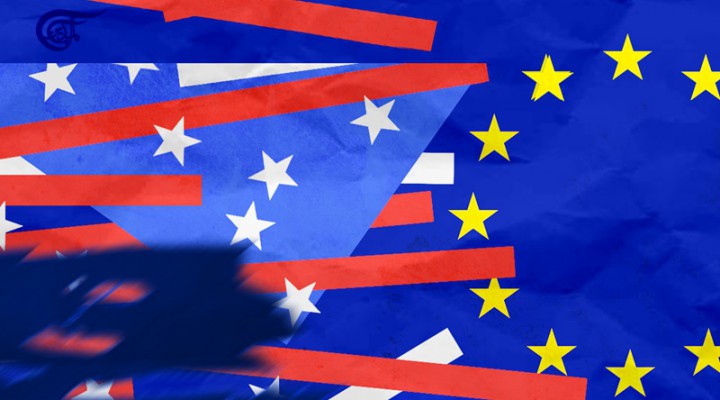 The US flight from Kabul, and the AUKUS deal, hatched behind Europe’s back, unmissably has revealed that the US does not at all have Europe’s back.

Washington is (at least partially) collapsing its footprint from the outer circle of its hegemony, to withdraw inwardly into its cat’s cradle of internal struggles — yet hitching up its skirts for a laser-focused charge at China.

Biden’s worldview (whether his own; or served up to him by others) is plain:  He has told reporters, “On my watch,” China will not achieve its goal “to become the leading country in the world, the wealthiest country in the world, and the most powerful country in the world.” In April, he repeated this theme, arguing that the world was at an inflection point in determining “whether or not democracy can function in the 21st century”.

Even the compliant inner circle of states that Americans occupied after WWII are being downgraded to ‘benign’ indifference – unless they are somehow useful in the US’ new Cold War pivot.  It is indeed a drawing-in towards the ‘hub’, a ‘circling of wagons’, the better to muster American energies and resources for the lunge — at China.

The ‘smoke and mirrors’ US withdrawal from the outer circle of its possessions, apparently goes hand-in-hand with a disavowal of political processes in West Asia (excepting the Vienna JCPOA talks). In Syria, the US says it is focussing (fashionably) on ‘humanitarian matters’; and “Israel” has been told it has the next four years free from ‘American hassle on the Palestinian issue’.

Of course, US Centcom remains on the terrain and is unlikely to have lost its appetite for sticking its fingers into the Middle Eastern ‘pie’ when it can.

How then does all this leave Europe? The EU was blindsided by recent developments. Allies who cheered Biden’s ‘America is back’ slogan in January, have found to their utter frustration, eight months later, that ‘America First’ never went away; but rather has re-cast itself.  Europeans in particular, have felt betrayed (though when has US policy ever been other than of America First? It’s just the pretence which is gone).

Just to be clear, the EU was a project originally midwifed by the CIA, and is by treaty, tied to the security interests of NATO (i.e. the US). From the outset, the EU was constellated as the soft-power arm of the Washington Consensus, and the Euro deliberately was made outlier to the dollar sphere, to preclude competition with it (in line with the Washington Consensus doctrine).

In 2002, an EU functionary (Robert Cooper) could envisage Europe as a new ‘liberal imperialism’. The ‘new’ was that Europe eschewed hard military power, in favour of the ‘soft’ power of its ‘vision’.

Of course, Cooper’s assertion of the need for a ‘new kind of imperialism’ was not as ‘cuddly’ liberal as presented. He advocated for ‘a new age of empire’, in which Western powers no longer have to follow international law in their dealings with ‘old fashioned’ states; could use military force independently of the United Nations, and impose protectorates to replace regimes which ‘misgovern’. This may have sounded quite laudable to the Euro-élites initially, but this soft-power European Leviathan was wholly underpinned by the unstated, but an essential, assumption that America ‘had Europe’s back’.

The first intimation of the collapse of this pillar was Trump, but now the US flight from Kabul, and the AUKUS deal, hatched behind Europe’s back, unmissably has revealed that the US does not at all have Europe’s back.

This is no semantic point. It is central to the EU concept: as one example, when Mario Draghi was recently parachuted onto Italy as PM, he wagged his finger at the Italian political parties: ‘Italy would be pro-European and North Atlanticist too’, he warned them. This no longer makes sense. So what is Europe? What does it mean to be European? All that needs to be thought through.

There once was a time when ‘pro-Europeans’ too, were confident that the world would almost inevitably be remade in the image of the West, as it endlessly expanded its rules, and exported its model. Since then, even the Europeans have lost confidence in this world vision, but the residual persists in the form of talking about ‘human rights’ (side-stepping the issue of what exactly are European ‘values’).

EU defensiveness has been apparent as its leaders progressively have become psychotically more defensive (perceiving ‘threats’ all about them). And as the European model has hollowed out, becoming less credible, so too, Europe has – and leant – into raw mercantilism. The logic of the European situation is clear. It needs China, more than China needs Europe. Europe (in defence terms) is situated on the North Atlantic. Why would it spend billions ‘defending itself’ in the South China Sea?

Europe today is in a weird place. The pandemic has eviscerated complete segments of the economy, yet there is no plan ‘B’. The ‘frugal’ northern states won’t plough money into what they derisively call the Club-Med states. But absent that support, the ultimate return of sovereign debt crises is fore-ordained.

One half of Europe – Italy and France – is imposing the most authoritarian COVID regime on its public, whilst other parts – Sweden and Norway – are lifting all restrictions. The EU leadership wants to punish or expel member-states that will not embrace LBGTQI values, gender fluidity, and an open door to immigration, whilst the election campaign in France reveals that the European public is far from woke.

More fundamentally, why is the EU acting to bring an era of relative affluence with its expectations of self-determination and personal mobility to an end? The public have already been warned that their gas and electricity bills are set to soar this year.  Perhaps it seems fanciful to talk of ‘end of an era’ in terms of fuel bills, energy costs and Green Pass tyranny. But what is significant about these deprivations is their inexorable direction, and the callousness with which they are implemented.

Political leaders, however, seem to have “no understanding whatever of the hardship that his unthought-out, un-costed, unaccountable gallop to a green ‘heaven’ would impose on huge swathes of the population, who had come to think of themselves as free agents in an economically advanced, liberal [in the old meaning of liberal] society”.

“There is a very serious misalignment here between what are still (just) the political assumptions on which we understand our modern governing priorities to rest, and what is coming to be taken as an incontrovertible truth that cannot be resisted: a messianic recipe for saving the world which is so apocalyptic that it must not be delayed or mitigated – even by what was once our most sacred social principle – is that governments should not enact measures which will inevitably damage the quality of life of people who are already disadvantaged. In other words, policies which disproportionately hurt the less well-off”.  For how long will the quiescence persist?