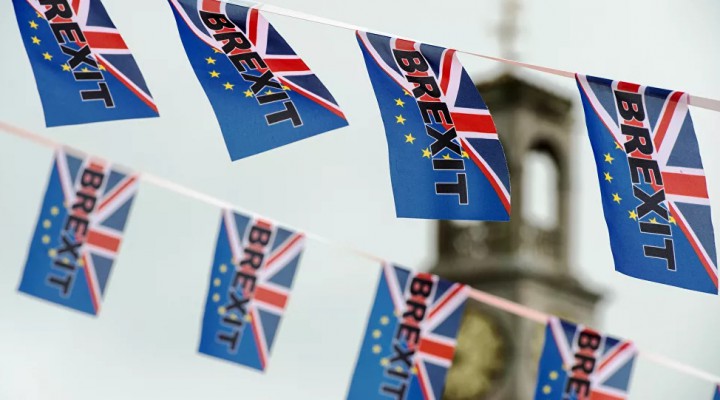 You have to laugh at Boris Johnson and his Brexit supporters who seem to live in delusions of grandeur about “Great Britain” as if it still has an empire “upon which the sun never sets”.

The latest move of ordering the Royal Navy to “defend” British waters from European fishing boats is typical of British hypocrisy and anachronistic jingoism.

They want out of the European Union yet they still expect favourable access to the EU’s single market – the biggest trading bloc in the world.

Tory Prime Minister Johnson is the personification of arrogant British mentality which perceives his country as a law unto itself, superior to everyone else, and so, so ever-so clever that they don’t have to answer to anyone or play by the rules of others. The hubris of empire.

Johnson and the bumptious Brits say they want to “reclaim independence and sovereignty” from the “yoke of the EU”.

Fair enough, that’s their prerogative; and yes, indeed, four years ago a majority of British people voted in a referendum to quit the bloc.

Let’s admit, too, that there are many things about the EU’s superstructure that are objectionable. Its slavish imposition of neoliberal capitalist austerity, for example. Also, its craven following of American foreign policy of aggression towards Russia and China, as well as supporting countless US illegal overseas wars.

Leaving the EU is not the issue. What is confounding is how the British say they want out, but yet they still want to remain inside the EU’s single market. Furthermore, the Brits don’t want to abide by the EU’s regulations and standards which are required for access to the market. Those standards include labour rights, food safety, environmental protection, and so on.

This is what is referred to as the “level playing field”. The Brits want to flog their exports to the EU and to import from the bloc without paying tariffs and taxes. But then they don’t want to abide by the EU’s rules. Indeed, Johnson and his conceited band of merry men go apoplectic at any suggestion of conforming to EU rules. They fulminate and stammer that that would be an outrageous infringement of “British sovereignty”.

If the Brits want to cut loose from the EU then let it be. Let them go their own way as a global free-trading single entity. That’s hardly feasible in this modern day, especially given the fact that Britain relies on the EU for over half its exports and imports.

In any case, however, post-Brexit Britain keeps procrastinating on going it alone despite many supporters of Brexit deludedly demanding such an outcome in their nostalgia for former imperial glory.

Johnson and his government are evidently clinging on to the conceited notion that they can wrangle a trade deal from the EU but without having to play by EU rules.

That’s a classic case of “wanting your cake and wanting to eat it”.

One suspects that despite all the bluster and bombast of Johnson and his ilk claiming they are prepared to go for a “hard Brexit”, which is sometimes referred to as the “Australian option” of accepting World Trade Organization terms as a single free trader – the inner reality is the opposite. Johnson and many others within the ruling class realize that Britain will be hit with a devastating economic and social crash if it ejects from the EU at the end of this month without a follow-on trade deal.

This is why Johnson pulled back from the deadline for a deal which expired on Sunday. He is now saying he wants to “go the extra mile” in order to salvage a deal. European Commission President Ursula von der Leyen says she is also willing to extend the deadline for the sake of avoiding a hard Brexit.

But Britain has much more to lose and suffer in the event of a hard Brexit. Food shortages and price inflation will hit struggling British people even harder if border checks and tariffs are imposed overnight.

Johnson once blustered that he would rather be “dead in a ditch” than to ask the EU for a delay to Brexit. That was over a year ago. And yet this clown with a posh accent is still wrangling for extra time. He knows there will a calamity for the British economy. It’s only British arrogance that is preventing a straightforward mutual deal to be made.

And that could have been done months ago. The Brits seem to still think they are “Great” and everyone else must kowtow to their one-sided, self-aggrandizing demands.

What we are witnessing is a broken-down, has-been empire way out of its depth as a presumed global power. Never mind cake, the Brits are going to eat humble pie if they want to access the EU single market.

0 thoughts on “Arrogant Brits Want Cake and Eat It”