HOME / WORLD / NATO Knives Out for US 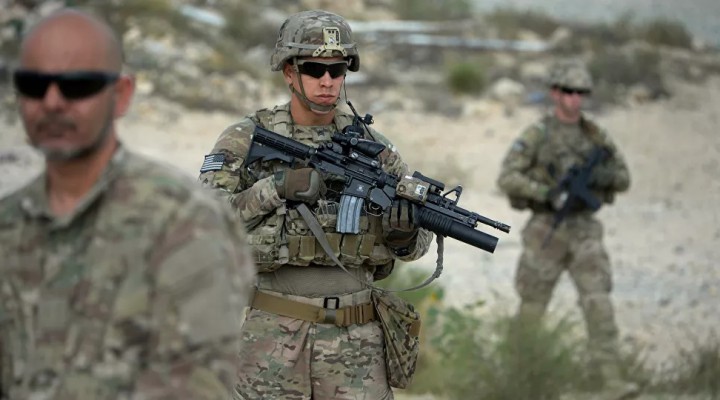 It was bound to end like this. The United States and its NATO partners went into Afghanistan in the first place to subjugate and plunder with imperial swagger.

Now that the whole criminal enterprise has collapsed 20 years later, the recriminations are intense and bitter.

There were extraordinary scenes in the British parliament this week and among other European capitals. Politicians across the board have been slamming US President Joe Biden’s administration for the disastrous failure in Afghanistan.

Even German Chancellor Angela Merkel who was recently referring to Biden as “dear Joe” has taken to blaming his administration for the mess that has hit the fan this week as Western states rush to evacuate embassies.

French President Emmanuel Macron and other European leaders are worried about a deluge of refugees from Afghanistan.

Biden, as well as his predecessor Donald Trump, are being blamed for the collapse of the NATO-backed regime in Kabul which has been swept away by the Taliban insurgents.

Boris Johnson said the British and other NATO members had no choice but to cut and run from Afghanistan because the Americans had preemptively done so.

How hilarious! So much for “Global Britain” being a world power for good alongside its American “special partner” and their “shared values”. A British navy flotilla currently on a world tour is seen to be as useless as a rubber duck in a bathtub.

British lawmakers and former military chiefs are livid from the United States’ rapid withdrawal from the Central Asian country which blindsided other NATO members.

Other European politicians are decrying that it is the worst failure in the history of the NATO military alliance formed in 1949.

Indeed, the main culprit for the debacle in Afghanistan is Washington. But it is delusional for the Brits and other NATO members to try to shift the blame entirely. They all went into that country using the alliance’s so-called Article Five collective defense clause. The war and 20-year occupation were illegal from the outset having no mandate from the UN Security Council nor any plausible self-defense claim.

The claims about revenge for the “9/11 terror attacks” are risible. The US and its allies went into Afghanistan in a blatant show of military strength to project imperial force to the rest of the world, primarily Russia and China.

All of the NATO powers are guilty of war crimes from the two-decade aggression in Afghanistan, including the mass killing of civilians and running detention-torture centers. Trillions of dollars funded by taxpayers were squandered, given as subsidies to military companies, while hundreds of thousands of lives were destroyed. Millions of Afghans have been made homeless.

The British are first-among-equals in their complicity with American crimes. It was former prime minister Tony Blair who acted as George W Bush’s international cipher for enabling the war.

In the end, the Americans wanted out of their quagmire which they had created 40 years ago when they sponsored the rise of the Mujahideen against a Soviet-aligned government in Kabul. The Mujahideen were the forerunners of the Taliban* and the Al Qaeda* terror network which has since metastasized in several countries giving the US and NATO a pretext for invading.

It is caustically amusing how the Americans used NATO collective defense to give their imperial crimes in Afghanistan a veneer of “international coalition”. Yet in the end, when it came to packing up and getting out, the United States made its decision unilaterally without consulting its so-called allies. And that’s what’s galling them.

The British and the other European governments are now left in the lurch to deal with the public anger and shame over the Afghanistan debacle.

If there is possibly one positive thing to come out of the catastrophe and criminality it is the public realization that the United States and its gang of NATO accomplices are a rogue organization that is a threat to world peace and not, as they preposterously claim, to be about upholding defense, security and “rules-based order”.

Afghanistan started as an imperial criminal enterprise. Now that the charade is exposed, we can expect all the culprits to scurry for cover. And in their scampering for alibis, the knives are out for the king rat – the United States.

*The Taliban and al-Qaeda are terrorist organisations banned in Russia and many other countries.

0 thoughts on “NATO Knives Out for US”