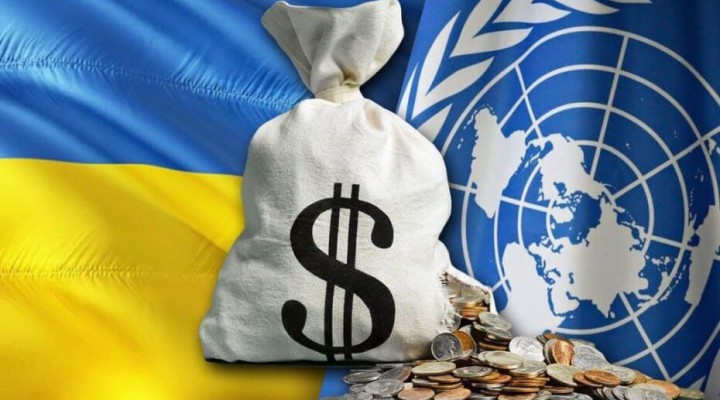 For nearly seven years the issue of Crimea has been trumpeted as if it were a bedrock principle of Ukraine’s sovereignty. Now it turns out the Kiev regime would be happy with a grubby pay-off

For nearly seven years the issue of Crimea has been trumpeted as if it were a bedrock principle of Ukraine’s sovereignty. Now it turns out the Kiev regime would be happy with a grubby pay-off.

Russia has been repeatedly accused by the United States and its European allies of “annexing” the Black Sea peninsula in 2014. Countless rounds of sanctions have been imposed on Russia for its alleged violation of Ukrainian sovereignty.

The issue has been central to the alarming deterioration in relations between Moscow and the US-led NATO alliance.

NATO warships and surveillance aircraft have encroached on Russia’s Black Sea territory supposedly to “defend Ukraine”. Any miscalculation could trigger a war.

Yet after all the huffing and puffing by the US and Europeans, the Western-backed Kiev regime is now indicating it would accept “reparations” from Russia over Crimea. That’s according to a media interview by Ukraine’s deputy prime minister Alexey Reznikov.

As senior Russian lawmaker Leonid Kalashnikov astutely observes: “If they [Kiev regime] say they are prepared to accept money, this means they have realized that the peninsula will never return to Ukraine.”

There is no way Moscow will pay “reparations” to Kiev. That very word implies that Russia acted malignly over Crimea.

Secondly, in response to that illegality, the people of Crimea – who are mainly of ethnic Russian heritage – organized a legitimate referendum and voted overwhelmingly to secede from Ukraine to join the Russian Federation. That formally happened in March 2014.

Historically, Crimea has always held a revered place within Russia’s culture. In a recent highly literate and compendious essay, Russian President Vladimir Putin outlined the deep historical ties between the Russian people and the rest of Ukraine, including Crimea, going back over a millennium.

The peninsula’s temporary inclusion in Ukrainian jurisdiction was an unfortunate accident of political horse-trading during the Soviet era and the subsequent collapse of the Soviet Union.

So, the idea of “reparations” is completely alien and contemptible to Russia and compatriots in Crimea.

Nevertheless, the fact that the Kiev regime now reveals itself to be open to such a transaction shows that they realize that history and natural justice are on the side of Russia regarding the fate of Crimea.

It also demonstrates the squalid money-grubbing mentality of the Kiev regime. There is no principle in what this regime says about Crimea or many other alleged grievances. It all comes down to scrounging for financial gain.

This is clearly seen over the Nord Stream 2 gas project between Russia and the European Union. The Kiev regime made up all sorts of absurd claims about Moscow using the new alternative Baltic Sea route as a weapon against Ukraine to deprive the latter of transit fees for existing over-land gas pipes.

Kiev has a reprehensible record for not paying national gas bills owed to Russia and also of illicitly siphoning off gas en route to the European Union. That’s on top of continually bad-mouthing Russia and recklessly accusing it of “aggression”. It is Russia’s sovereign right to construct the most logistically efficient pipeline to the European market. But the Kiev regime would have us believe that it is its “right” to pimp Russian gas forever.

Since the events in 2014, the Kiev regime has been waging a war of aggression against the ethnic Russian people of Donbass in eastern Ukraine. Despite a supposed ceasefire, the regiments under Kiev’s control have continually shelled civilian centers in and around Donetsk city. Some of these forces, such as the Azov Battalion, openly glorify Nazi collaborators who exterminated ethnic Russians during the Second World War.

The war that Washington and the European Union helped to unleash by backing the 2014 coup against an elected pro-Russian president has been enabled with massive financial loans and military supplies to the Kiev regime. According to the Pentagon, aggregate American military aid over the past seven years is set to reach $2 billion.

The Kiev regime has destroyed the Ukrainian economy and pushed the nation into irreconcilable conflict – all on the basis of groveling for money and military arms from the US, the EU and NATO. Part of the act has been to pretend there were “principles” to defend. The purported principles of standing up to Russian “aggression” and “annexation”.

Moscow indeed supports the ethnic Russian people who are coming under criminal attack from US-backed Kiev forces. But Russia is not a party to the conflict. It has acted as a guarantor of the Minsk Peace Accord signed in 2015. But the Kiev regime has never fulfilled its obligation to implement that internationally binding deal.

The charade of money-grubbing under the guise of “defending principles” just fell apart after Kiev’s latest move to sell off Crimea for a price.

Biden knows Ukraine would make a bad NATO ally; he encouraged corruption & helped make it the dysfunctional state it is today