HOME / WORLD / Biden knows Ukraine would make a bad NATO ally; he encouraged corruption & helped make it the dysfunctional state it is today

Biden knows Ukraine would make a bad NATO ally; he encouraged corruption & helped make it the dysfunctional state it is today 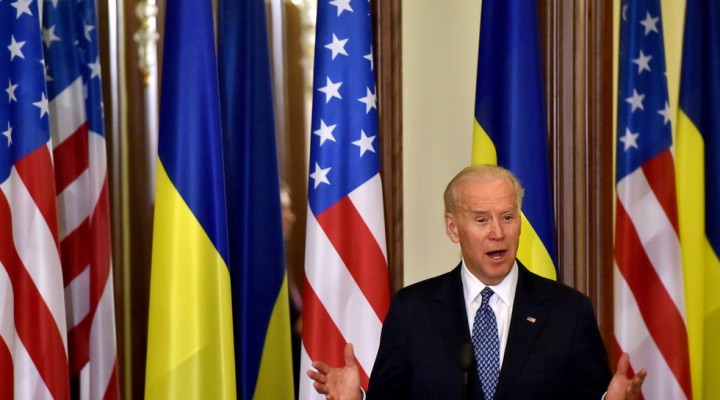 If there’s one Western leader who knows the depth of corruption in Ukraine politics, then it has to be US President Joe Biden. His wayward son Hunter milked the country while daddy cemented the 2014 coup d’état in Kiev.

The president knows cheery talk about reforms for joining NATO are meaningless platitudes to conceal a dysfunctional state that he helped create.

Biden has belatedly invited Ukrainian President Volodymyr Zelensky to the White House next month despite disturbing reports of his censoring media and free speech and shutting down democratic opposition. Those infringements evidently don’t bother Uncle Sam. But what is problematic – though not outwardly stated – is Ukraine’s incorrigible corruption. And guess who would know all about that?

Joe Biden was the point man for Ukraine’s ‘reforms’ during the Obama administration when he was vice president, after the Western-backed coup in Kiev against a democratically elected president in February 2014.

On top of that, the second-highest-ranking US official at the time then used his political influence to get his son Hunter on the board of Ukrainian gas company Burisma with a $50,000-a-month income, a fortune in Europe’s second poorest country – even though Hunter Biden had no relevant professional experience.

Thanks to the largely pro-Democrat corporate news media, that scandal of political influence-peddling and graft has been buried – dismissed as a conspiracy theory pushed by Donald Trump and his Republican supporters. The latter are certainly prone to wacky theories. Nevertheless, the story of the Bidens being knee-deep in corruption in Ukraine is real enough. Biden even bragged in public about how when he was vice president, he personally ousted the state prosecutor in Ukraine who happened to be investigating corruption at the Burisma company on whose board Hunter Biden was sitting.

This background would explain the latest rebuff to Ukraine’s aspirations to join the NATO military alliance. It has not been able to formally apply for membership for years, despite NATO members supplying lethal weapons and military trainers to Ukraine, which is described in alliance parlance as an ‘enhanced opportunity partner’.

Still, full NATO membership keeps eluding the former Soviet republic much to the frustration of the Kiev authorities.

This week, the White House forced Zelensky to make an embarrassing retraction of his version of a phone call with Biden. Zelensky claimed initially that the American president backed giving Ukraine a Membership Action Plan to join the 30-member bloc. But it turned out that Biden did not. Kiev then had to admit that it mischaracterized the phone conversation.

The Brussels-based, but US-led, alliance stipulates that there are strict qualifying criteria for applicant nations. These include the candidate country not being involved in any current internal civil conflict and not having a dispute with a neighboring state. Also, for successful admission, prospective members must have functioning ‘liberal democracies’ and market economies as well as military standards comparable to existing NATO forces.

Arguably, Ukraine fails miserably on every count. It has endured a seven-year conflict with the breakaway Donbass regions in the east as well as major grievances – mostly contrived – with Russia, which supports the republics but doesn’t recognize them as independent. Ukraine’s political economy is far from meeting a Western health check due to being mired in corruption and cronyism. Its military has paramilitary neo-Nazi formations like the notorious Azov Battalion. And Zelensky is introducing a law that does not include ethnic Russians on the list of Ukraine’s native peoples.

Zelensky has also taken to issuing presidential decrees to shut down political opposition. He recently ordered the shuttering of media outlets critical of his governance in what has been denounced as an attack on free speech.

Western calls for reforms have fallen on deaf ears, and, if anything, Ukraine is sliding towards being a dysfunctional state.

That said, however, none of NATO’s supposed standards have prevented past memberships from being agreed upon.

Countries like Portugal and Turkey were admitted to NATO despite having military dictatorships at the time. Turkey and Greece have a long-running territorial dispute over Cyprus and Mediterranean waters. More recent members from the Balkan region, Albania and North Macedonia, are also tainted with reputations for corruption and harboring territorial disputes with neighbors.

Therefore, what is it exactly that makes Ukraine’s application to the US-led military bloc so problematic? And why has Biden moved firmly this week to quash Kiev’s membership hopes?

The difference is Biden’s personal knowledge of Ukraine’s endemic corruption. He knows from his own family’s sleazy involvement and enrichment that the country is irreformable under the prevailing politics of the Western-sponsored regime.

US Secretary of State Antony Blinken – who was also formerly a key member of the Barack Obama administration during the 2014 coup in Kiev – refers darkly to Ukraine’s “internal threats” as stemming from systematic corruption.

People like Biden know intimately just what a basket case the Ukrainian regime is. Despite the supply of arms and lip service about supporting Kiev against ‘Russian aggression’, the 46th president knows more than anyone just how insane it would be to admit Ukraine into NATO’s ranks. Because Biden is complicit in the making of this messed up state, and its irrational Russophobia, which is itching to start a war with Russia.

Ukraine as a thorn in Russia’s side is one thing. Creating a casus belli through NATO is quite another. Biden understands the danger all too well from the rogue state he cultivated in 2014.

The End of the Trump Presidency is Here

0 thoughts on “Biden knows Ukraine would make a bad NATO ally; he encouraged corruption & helped make it the dysfunctional state it is today”