HOME / Economy / In Economic War, Russia Has Every Right to Hit Back 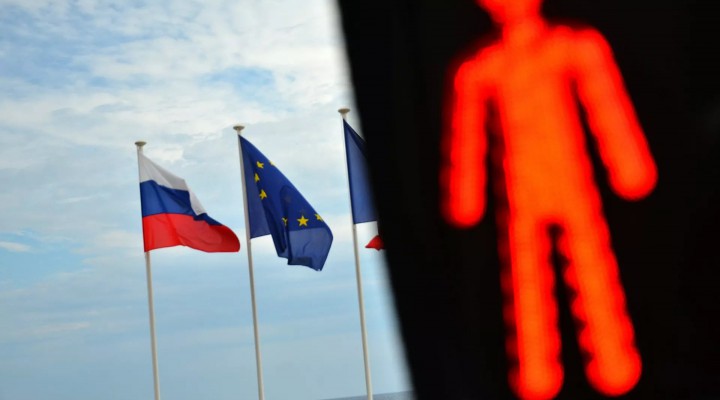 When a nation is being besieged to put its lights out, then surely it has the right to act proportionately in self-defense. And there is no mistaking that Russia is being sanctioned by the United States and its Western allies on an unprecedented scale that amounts to economic warfare.

US President Joe Biden this week announced a complete ban on all Russian oil and gas imports. The gung-ho rhetoric should leave no one with any doubts about the full destructive intent. This is not about purported corrective or punitive measures for alleged violations in Ukraine. It is about the waging of a full-on assault to conquer and overthrow the Russian government. The Americans and their allies have declared they want to choke Russia’s vital economic lifeline. That’s as offensive as it can get without dropping bombs.

The Kremlin has characterized the American move as economic warfare.

So, in that case, shouldn’t Russia hit back with equal determination to inflict damage? At this stage of hostility, why should Russia care about its reputation as a reliable energy supplier to the West when the US and its European allies are doing their utmost to destroy Russia?

You have to laugh at the arrogance of the Western powers. The US may feel it can forego importing Russian oil and gas because it doesn’t import that much anyway. Now Washington is hurriedly trying to revive business with Venezuela after years of sanctioning that country and killing its civilians through deprivation. Like they do repeatedly to other designated enemy nations. Only a criminal regime and criminally complicit media could distort such cynical economic terrorism as some kind of noble cause.

Of course, ever-the-American-lackey Britain says it will phase out Russian oil by the end of this year. Boris Johnson’s government says that will give it enough time to find alternative sources of energy.

The European Union is much more heavily dependent on Russian oil and gas than either the US or Britain. The EU relies on Russia for up to 40 percent of its gas consumption and 25 percent for oil supply. Hence, the Europeans are saying they won’t be able to become independent from Russia for energy trade until 2030.

The Brits and other Europeans are giving Russia notice that they will cut off trade once they think they have found a way to do without Russian hydrocarbons. How very principled! Maybe Moscow should help them along in their decision-making by cutting off the energy supply right now.

Why should Russia allow these offensive nations to make contingency plans to cushion the impact from their sanctions and generally hostile behavior? That’s like listening politely to someone who is letting you know that they are lining up to hit you in the face with the hardest possible punch.

Already the impact of Western sanctions on Russia is rebounding harmfully on the Western public from soaring fuel prices. If Russia were to abruptly cut off oil and gas, the European and even the American economy would collapse. The ensuing social mayhem would give the shaky political elite in those countries a deep pause for trepidation.

Let’s recall how we got here. Russia repeatedly appealed to the United States and its European partners for a security treaty in Europe to safeguard against Ukraine’s future membership of NATO and American missiles on its border. Washington and its lackeys rebuffed a reasonable proposition for peace. Not only that but at the same time, the NATO powers flooded Ukraine with weapons that were used to ramp up aggression against the Russian population in the Donbass region, killing civilians.

The Ukrainian military forces carrying out the aggression are Neo-Nazi brigades trained by NATO troops. There is credible evidence that the attacks on Donbass were being planned to escalate before Russia launched its intervention on February 24. (The Western media tell nothing of this vital context because it massively incriminates their governments. Just like the same media didn’t tell about their governments sponsoring head-chopping mercenaries in Syria.)

Moscow warned if there was no reciprocation over its strategic security concerns it would be forced to take “military-technical measures”. Its intervention in Ukraine is a case in point.

The war in Ukraine is regrettable. But it could have been wholly avoided if the United States and its NATO allies had engaged with Russia respectfully and genuinely in a bid to find a peaceful security treaty. The implication is that Washington and its Atlanticist stooges in Europe have no desire for detente. Instead, they want Cold War against Russia (and China) and the imperial benefits that come from geopolitical tensions, conflict, and a divided world.

Now the West has revealed its hand in going to war economically against Russia. Rhetoric about “total war” and “strangling” the economy is the psychotic language of maximizing damage.

Russia has every right to hit its enemies with the economic version of a punch in the face. Let them feel the pain of what they arrogantly presume to be able to do to Russia (and others) without expecting consequences.

0 thoughts on “In Economic War, Russia Has Every Right to Hit Back”